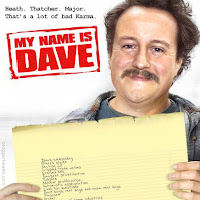 From the SPGB blog, Socialism Or Your Money Back:

Almost twenty years later to the week after she made it, the current Tory leader, David Cameron, has repudiated one of Madame Thatcher's more notorious remarks that "there is no such thing as society". In a speech in Manchester yesterday (8 November) he declared: "there is such a thing as society -- it's just not the same thing as the state"" (Actually, this is something that we ourselves have always insisted on.)

Cameron's whole speech was in fact a repudiation of the ideology of "free market liberalism" embraced by Thatcher and the Tories in the 1980s. No doubt his media advisers and focus groups had told him that this sort of thing no longer down very well these days and that, if he wants to have chance of winning the next election, he is going to have to come up with some other, less harsh message.

He was in Manchester to launch the Conservative Co-operative Movement. "The co-op movement", he said, "has generally been associated with the political left. I think that's a shame", explaining:


"because there have always been people on the centre-right concerned about the effects of capitalism on the social fabric. Men like Carlyle and Disraeli, following the tradition of Edmund Burke and Adam Smith himself, who recognised at the outset of the industrial revolution that profit was not the only organising principle of a healthy society".

The free-marketers at the Adam Smith Institute must be cringing and "to the right of Genghis Khan" might be a more accurate description of the views of Thomas Carlyle than "centre right".

Carlyle (who invented the term "the cash nexus") and Disraeli (who wrote a novel about there being "two nations" in England) were prominent members in the 1840s of a group of Tories who called themselves "Young England". They got a mention in the Communist Manifesto:


"Owing to their historical position, it became the vocation of the aristocracies of France and England to write pamphlets against modern bourgeois society . . . In order to arouse sympathy, the aristocracy were obliged to lose sight, apparently, of their own interests, and to formulate their indictment against the bourgeoisie in the interest of the exploited working class alone. Thus the aristocracy took their revenge by singing lampoons on their new master, and whispering in his ears sinister prophecies of coming catastrophe . . . The aristocracy, in order to rally the people to them, waved the proletarian alms-bag in front for a banner. But the people, so often as it joined them, saw on their hindquarters the old feudal coats of arms, and deserted with loud and irreverent laughter. One section of the French Legitimists and 'Young England' exhibited this spectacle".

No doubt, him being a Tory Toff that went to Eton, there is a feudal coat of arms on Cameron's hindquarters, but much more prominently displayed will be the words "Opportunist Professional Politician" -- which workers should equally greet with loud and irreverent laughter.