Writing in the Guardian (19 January) in an article subtitled ‘Talk of a fairer capitalism is just hot air unless we rehabilitate and reward the idea of value creation,’ economics professor Mariana Mazzucato quoted Big Bill Haywood of the Western Federation of Miners and later the IWW as saying: ‘The barbarous gold barons do not find the gold, they do not mine the gold, they do not mill the gold, but by some weird alchemy all the gold belongs to them.’

She used this as an introduction to her case that capitalism today is more concerned with ‘value extraction’ than ‘value creation’ and that this needs to be corrected to avoid further financial crises. ‘Restraining the power of value extraction,’ she wrote, ‘requires a theory of value – an area once hotly discussed in economics, but no longer,’ and went on:

‘This is because a century ago the notion that labour creates value (central to the work of classical’ economists like David Ricardo and Karl Marx, and measured by objective factors like productivity) was replaced by the ‘neo-classical’, subjective notion that satisfaction and ‘preferences’ create value.’

This is a valid point. In fact, modern bourgeois economics has gone further and dismisses the whole idea of ‘value’ as a useless concept, arguing that all you need is a theory of price. This enables it to obscure the obvious fact that wealth, as something useful to human life, can only be created by people working. In their theory labour becomes reduced to just one element, along with land and capital, of cost and so of price.

Marx’s theory of value was that a commodity (as a good or a service produced for sale) was determined by the amount of ‘socially necessary’ labour expended on its production from start to finish. By ‘socially necessary’ he meant the labour that had to be expended to produce it by an average worker of average skill working with average equipment; in other words, not necessarily the actual labour expended, otherwise a slower than average worker would create more value.

According to Marx, ‘value creation,’ to use Mazzucato’s terminology, took place when workers produced a commodity. The workers transferred existing value from the raw materials, machinery, etc. to the product but at the same time created new value.  However, what they produced was not theirs but belonged to the capitalist owner who employed them. A part of this did go to them as their wages, but most went to the capitalist as ‘surplus value’. This legalised robbery (Haywood‘s ‘weird alchemy’) could well be described as ‘value extraction’.

But this is not what Mazzucato means by the term. She is not as radical as might at first seem. Her case is not against capitalism as such, but only against present-day capitalism which she sees as biased in favour of finance and against industry. Her ‘production theory of value’ is a plea for, as she put it, ‘reinvesting profits into areas that create goods and services’ instead of financial juggling.

But, as Marx explained, ‘value extraction’ occurs at the point of production. Financial juggling is not extracting value from the producers but from those who originally extracted it from them: the mining, manufacturing and service capitalists who employ them. Mazzucato is taking sides in a thieves’ quarrel. 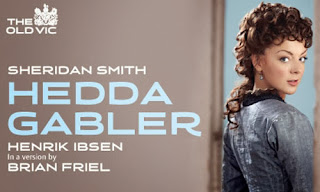 Theatre Review from the October 2013 issue of the Socialist Standard

Ibsen's 1890 drama Hedda Gabler was recently staged at the Old Vic theatre in London starring Sheridan Smith as Hedda and Darrell D'Silva as Brack. The play is a plea for bourgeois liberal feminism but also a portrayal of a Nietzschean existential heroine. Hedda is in a lineage of strong women constrained by patriarchal society from Clytemnestra in Aeschylus to Medea by Euripides.

Ibsen dissects middle bourgeois family life, its morality, niceties, home, hearth and happiness which Nietzsche castigated as 'it is not your sin but your moderation that cries to heaven'. It is a place where women have a subordinate role to men and the expectation that Hedda become pregnant. In his preliminary notes Ibsen wrote 'women aren't all created to be mothers' but Marx saw that 'the bourgeois sees his wife as a mere instrument of production'. Hedda refers to 'love' as 'that glutinous word'. Alexandra Kollontai saw that 'the outward observance of decorum and the actual practice of depravity, and the double code, one code of behaviour for the man and another for the woman are the twin pillars of bourgeois morality'.

Hedda says to Brack 'I’m content so long as you don't have any sort of hold over me, subject to your will and your demands. No longer free! That's a thought that I'll never endure'. Emma Goldman wrote 'true emancipation begins neither at the polls nor in the courts. It begins in woman's soul' although Eleanor Marx wrote of women 'that the question is one of economics. The position of women rests, as everything in our complex modern society rests, on an economic basis'.

Hedda is an existential heroine in the sense of 'Vivre ? les serviteurs feront cela pour nous' ('Living? Our servants will do that for us') from Axël by Auguste Villiers de l'Isle-Adam. Brack is enamoured of Hedda's feminine strength but fears her advocacy of what Nietzsche described as 'to live dangerously' and does not understand Hedda's views on Lovborg's suicide; 'there is beauty in this deed, an act of spontaneous courage to take his leave of life so early'. This is reminiscent of Nietzsche's dictum 'voluntary death that comes to me because I wish it'. However Hedda cannot meet Nietzsche's idea of 'amor fati', the ultimate affirmation of life and instead accepts a terrifying nihilism.

In socialism Engels wrote 'what will most definitely disappear from monogamy, first, the dominance of man, and secondly, the indissolubility of marriage'. Eleanor Marx concluded that 'the woman will no longer be the man's slave but his equal'.
Steve Clayton
Posted by Imposs1904 at 10:28 AM No comments: