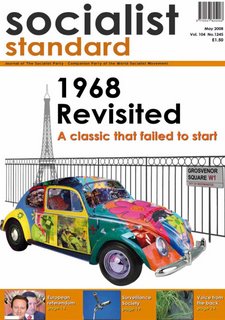 
One law for the poor, and another for MPs. 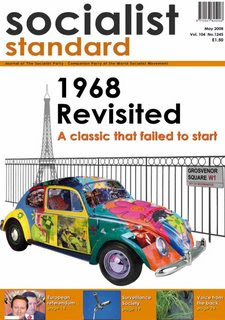 
"Every ten years or so, the United States needs to pick up some small crappy little country and throw it against the wall, just to show the world we mean business." Michael Ledeen (American Enterprise Institute)

Last month 100 U.S. veterans of the wars in Iraq and Afghanistan held hearings in Washington to describe their experience. Named Winter Soldier after a similar meeting of Vietnam veterans in 1971, the event was ignored by the major corporate media outlets. In contrast to Vietnam, media coverage of these wars is sanitized. Viewers see no scenes of carnage, hear no cries of pain. No publicity accompanies the coffins on their return.

On the internet, however, there is uncensored testimony, including videos and personal blogs (e.g.: ivaw.org, indybay.org, therealnews.com, 5yearstoomany.org, aliveinbaghdad.org). These are the sources on which I draw here.

The recruiter’s lament
Let’s start with the army recruiter who inveigles the naïve youngster into the inferno. A sinister figure? Or just another victim? After all, he didn’t seek transfer to the Recruitment Command. Now he has to make his quota or else endure constant humiliation, weekends in “corrective retraining” and the threat of the sack. So he works himself to exhaustion, answers the kids’ questions with lies, and recruits anyone he can, whether or not they meet official standards of health, education or “moral character” (i.e., no criminal record).

Few now join for “patriotic” reasons. Most are bribed with the promise of financial benefits, often payment of college fees. Many foreign residents sign up as a way of becoming U.S. citizens. Over 100 have been awarded citizenship posthumously.

Destroy the enemy
A few weeks of basic training and the new teenage soldier, who has probably never been abroad or even in another region of the U.S., suddenly finds himself in a strange, uncomfortable and disorienting environment. He does not understand the language, nor can he decipher the Arabic script. He has been taught to fear every haji -- the term used to dehumanize Iraqis – as a possible enemy. He starts to kill and goes on killing, usually with the connivance of his superiors, often with their open encouragement. He kills in blind fear, or on orders, or even out of boredom. Most likely he feels no shame: his mates take souvenir photos of him standing by his “trophies.”

It is not necessarily only Iraqis who he kills. When Marines find their forward movement blocked, one blogger tells us, they “start using their training ‘to destroy the enemy’ on civilians or other Marines.” Violence and degradation pervade relations not just between the military and Iraqi civilians but also within the military. Soldiers are abused and humiliated by officers. Rape is commonplace.

To what purpose?
It is hard to see what purpose all this violence can possibly serve. The U.S. government would like to suppress all resistance to the occupation and stabilize a client regime that can be trusted to keep Iraq open to plunder by Western (mainly U.S.) corporations. But the more people are killed the more of their relatives and friends will take up arms to avenge them. Various militias temporarily ally themselves with the occupation forces in order to eliminate their rivals, but later they too will fight the Americans (as well as one another). And the persisting “instability” and destruction of resources make Iraq less appealing to corporate investors.

So the chances are that the U.S. will cut losses and give up, although the process will no doubt drag on for years. Otherwise the fighting will continue until the whole population is dead or has fled the country. In that case there will be no one left to run the puppet government or work for the corporations. Of course, the chore of administration could be dumped on the UN and workers brought in from abroad.

The sanctity of property
Amid the bloody mayhem, measures are still taken to preserve the sanctity of property – or at least of American property. One soldier tells of being sent with others to guard a military contractor’s truck that has broken down on the highway. After hours of warding off hungry Iraqis who want to take the food stored inside, they received the order to destroy the truck together with its contents. On another occasion they were ordered to destroy an ambulance.

When capitalists are forced by circumstances to abandon their property, they evidently prefer to have it destroyed rather than permit its use to satisfy the needs of desperate people. That is the true face of the real enemy – the class enemy.

The cost to American society
The cost of this futile war to American society can hardly be compared with the damage inflicted on a devastated and shattered Iraq. It is quite substantial nonetheless. As always, the working class pays by far the highest price for their masters’ insane adventures.

Over 4,000 U.S. soldiers have been killed in Iraq so far. This may seem quite modest in view of the 50,000 killed in Vietnam. However, the number killed is a misleading indicator of the amount of suffering. Due to medical advances, the ratio of wounded to killed, which was 3:1 in Vietnam, is 7:1 in Iraq. Many soldiers who in previous wars would have died of severe brain injury, loss of limbs or extensive third-degree burns have been “saved” – not restored to health, but salvaged to live out the rest of their lives in pain and discomfort.

Brutalized and traumatized
Even more numerous are the psychological casualties. Apart from those who serve in office jobs and rarely if ever leave the Green Zone (the specially secured part of Baghdad where the U.S. embassy and military headquarters are located), there can be few who return from Iraq free of psychological trauma -- “post-traumatic stress disorder” as the psychiatrists call it. (Over 100,000 are seeking treatment, but there must be many more who do not seek treatment – and, indeed, it is doubtful whether any effective treatment exists.)

Many veterans feel unbearable guilt for what they have done, although it is those who sent them who are mainly responsible. So it is not uncommon for a young soldier to return home “safe and sound” only to hang himself the next day. Besides suicide, the veterans are prone to alcoholism and depression, homicide and domestic violence.

And there are so many of these brutalized and traumatized veterans! While “only” about 175,000 troops are deployed at any one time (currently 158,000 in Iraq and 18,000 in Afghanistan), at least 1,400,000 soldiers have fought at some time in one or both of these wars. The damage to the social fabric is therefore enormous -- in the same way that the social fabric in Russia, for instance, has been torn by its wars in Afghanistan and Chechnya. And a new war against Iran is still on the cards. Nor can we exclude a U.S. military intervention against pro-Taliban forces in northwestern Pakistan.
Stephen Shenfield
Further Material World columns can be accessed here.
Posted by Imposs1904 at 1:42 AM No comments: