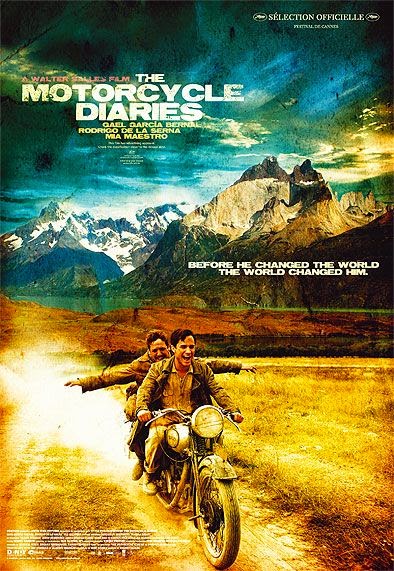 Film Review from the March 2005 issue of the Socialist Standard

It's become a common practice to give directors grammatical ownership of a film regardless of how much input they have. So we have Hitchcock's The Birds, Anderson's If, and Kubrick's Eyes Wide Shut, as well as Polanski's Macbeth and Luhrmann's Romeo and Juliet. Directors, like managers, are important to some extent, but most people know that when the boss is off the firm runs just as well, if not better. The practice of elevating the director to a position of supreme importance relegates to inconsequential roles the hundreds of other workers involved in a production. To make a film without a director would be difficult; to make one without engineers, musicians, caterers and cleaners would be impossible.

Such hierarchical structures have dominated society for so long that they appear natural and permanent, and revolutionary action has succeeded only to replace one hierarchy with another. Struggles for communism become struggles for fairer capitalism, as the experience of Latin America shows. Its turbulent recent history has produced a gallery of memorable radicals, but in terms of cult status there are few to compare with Ernesto Che Guevara. The Motorcycle Diaries, of which the director Walter Salles was one of the many workers involved in its making, concerns the early life of one of the 20th century's most charismatic rebels and whose image has become one of its most enduring icons.

Set in 1952, Guevara and his friend Alberto Granado take off on a 1939 Norton for a tour of South America intending to bring medical relief (they are both doctors) to the needy, and sexual relief to their own needy libidos. But the exuberance and exhilaration of single young men high-tailing it around foreign countries is balanced by the need to do good beyond the remit of the Hippocratic oath which we see developing in the 23-year-old Guevara as the journey progresses. As the real Che explained in On Revolutionary Medicine: 'I came into close contact with poverty, hunger and disease I began to realise that there were things that were almost as important to me as becoming famous I wanted to help those people.'

Where medicine cannot help, Guevara offers money, moral support and brutal honesty. On behalf of dispossessed peasants he throws stones and hurls abuse. For the sick of the leper colony where he briefly works, he swims the river that separates them from the healthy whilst battling against currents and his own asthma. This is Che the champion of the downtrodden, the challenger of injustice, the idol in the making. Consequently, the film itself is fertilised with the concerns of its hero and a message begins to form. This becomes clear at the end when a montage of South Americas working and peasant class is displayed in a vividness only monochrome can achieve. These people are still with us, the film seems to say. There is still work to be done.

Fortunately the film has no anachronisms which refer to Guevara's later status or appearance; no scenes with him in a department store plumping for the beret or trying on a pair of Cuban heels. Joy and misery are lucidly brought to life in a film that can be enjoyed even if you are one of the few people who has never heard of Che Guevara.

There are as few things to say about the cult of Guevara as there are about the cult of the director. Both reinforce the notion that socio-cultural events are made only by powerful individuals rather than by the thousands of workers who truly make history. Perhaps it is time we donned our berets, put on our army boots and proclaimed in sonorous tones: Workers of the film industry unite!

For more articles from the Socialist Standard, feel free to check out the website.
Posted by Imposs1904 at 6:38 AM No comments: