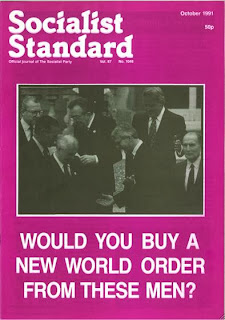 It could easily have escaped your notice that Jack Common is back in print. Jack who? Here is a write whose life was dogged by bad luck, never receiving the recognition he deserved. Passed over by the literary and academic world, his writings have been highly acclaimed by a small group of admirers, the most famous being George Orwell. Reviewing Common's Freedom of the Streets in 1938, Orwell wrote that "this is the authentic voice of the ordinary man, the man who might infuse a new decency into he control of affairs if only he could get there, but who in practice never seems to get much further than the trenches, the sweatshop and the jail."

So who was Jack Common? He was born in 1903 and grew up in the back streets of Heaton, a working class suburb of Newcastle. His father worked on the railways and his mother in the home. Common received a basic education and picked up some office skills at a local college. His working life was punctuated by a variety of jobs such as clerk, mechanic, labourer, museum caretaker and film scriptwriter. He was to use these experiences in his writings. A prolonged period of unemployment led Common to move to London in 1928 in search of work.

Some of his early essays impressed Middleton-Murry and he was given a job as a circulation pusher on the left-wing literary magazine the Adelphi. Common progressed quickly, contributing more articles and obtaining editorial responsibilities. It was here that he met and became a close friend of Orwell. While Common continued to write for a range of newspapers and journals he had to take labouring jobs to support his family financially. During the 1950s, writing against a backdrop of poverty and house evictions, he produced two important biographical novels. His death in 1968 went largely unnoticed and his writings slipped out of print.

Common's literary output over a period of 40 years was rather small and can be divided into two phases. Firstly, in the 1930s there were the social and political essays he wrote for Adelphi, Tribune, New Statesman, Manchester Guardian, etc. In these he explored various aspects of working class culture, an area which was just beginning to attract attention. Writing in ther Adelphi in December 1934, he provides a map of the side of town which interests him:

Amongst these articles are sketches of street life, factory work and the life on the dole. There are also discussions about politics, religion, unions and schools. This is how he describes the experience of signing on the dole:

"What a day! An invalid's wife with daily attendance at a hospital for financial incurables, maddening in every restriction, because normal good health with its healthy wants is beating in the blood. A day to be endured, to be got through, like all those who come till the luck changes." ('Why Work?', Manchester Guardian, 27/10/1930)

Common was ahead of this time in exposing the role played by the mass media, advertising and consumerism in maintaining capitalism. Ken Worpole described him as "perhaps one of the most original political and cultural commentators of the 1930s" (New Society, 14/8/1980).

The selection of writings, Jack Common's Revolt Against An 'Age of Plenty' (1980) compiled by Benyon and Hutchinson is out of print but the good news is that another small book of essays, Freedom of the Streets (1980), is available from People's Publications. One of the concerns found here and elsewhere is that the working class have not got many books which express their own views and experiences. They are what Grey has aptly called the "silent majority" in his study (1973). In his essay The Silent Majority: A Study of the Working Class in Post-War British Fiction'How Proletarian Are You?', Common Writes:

"Glance into any library and you'll come across acres of accurate and lively descriptions of life amongst the bourgeoisie. The proletarian, though, has few books to his name, and those fumbling ones. He's no hero, that's why. He's a something-something, poor fellow, busy trying to spell it out and make it come different this time."

One practical way Common tried to give the working class a voice is found in Seven Shifts (1938), a collection of short accounts of working-class life he edited, introduced and inspired. In the Preface he writes:

"My friends include members of the literary bourgeoisie and lads from the un-printed proletariat. Both parties talk well, and you'd probably enjoy a crack with them as much as I do. But here's the pity. The bourgeois ones get published right and left, especially left; the others are mute as far as print goes, though exceedingly vocal in public houses."

He continues:
"Well, here is the result: seven narratives in which workingmen describe their jobs, their conditions, and some of their reactions to the life they lead. They are not highly literary compositions, yet the lads can write, as you'll see."

The second part of Common's writing career involved two autobiographical novels: Kiddar's Luck and The Ampersand. These books were published in the 1950s before the upsurge of interest in working class writing. He was a forerunner of such writers as Braine, Barstow and Sillitoes. Kiddar's Luck (available from Bloodaxe Books, 1990) has rightly been described as a small masterpiece. Common draws upon personal memories of his childhood and youth to produce a highly authentic yet entertaining picture of working class life at the turn of the century. The writer Sid Chaplin described Common as "perhaps the finest chronicler of the English working class to follow Robert Tressell" ('A Wry Smile from Tyneside', Sunday Times, 12 May 1968).

The narrative traces the relative freedom enjoyed by Willie Kiddar on the streets with his friends and the increasing constraints and limitations imposed by the prospects of a life of mundane labour and wage-slavery. Common's sting-in-the-tail technique of writing allows him to deal with this is a self-mockingly humorous way. Take the marvellous use of irony in the opening passages where Kiddar (in the form of his genes) reflects on is bad luck on being born into the working class and missing all of the opportunities going on the night of his conception:
"I at once came under the minus sign which society had already placed upon my parents. They were of no account, not even overdrawn or marked 'R.D.', people who have worked for a living and got just that, who had a home so long as they paid the weekly rent and who could provide for offspring by the simple method of doing without themselves".

He continues:
"Naturally, there were some bad fairies gathered round the bed at such a conception. One, somewhat like a tramp, chalked upon the bedstead the sign which means 'no handouts here'. Another, four-belted as a ghostly navvy, swung his pick in promise of future hard work; a blear-eyed one, faintly lit up, lifted the bottle and one looking like a magistrate made a bitter mouth over the syllables of unspoken 'Borstal'".

Common used his childhood in Kiddar's Luck as a means of reworking many of the ideas and concerns found in his earlier writings like the Freedom of the Streets. For example, the self-taught uncle who introduces Kiddar to radical books and ideas is one of the most "unhonoured intellectuals" debating on the street corners in the essay 'Great Men of the Gutter'. A passing reference is made to the SPGB in this context. Common was opposed to capitalism and the way it limited and thwarted working class potential. One of the institutions involved in preparing children for the world of work is the school. In the Freedom of the Streets, he explains that school:

" . . . is in origin quite alien to working class life. It does not grow from that life: it is not 'our' school, in the sense in which in other schools can be spoken of by the folk of other classes".

This critique is taken up in chapter five of Kiddar's Luck:

"I had acquired the one faculty with which every school infallibly endows its pupils - that of being bored. It is very important, of course, that every child should in the course of time becomes fitted up with this negative capability. If they didn't have it, they'd never put up with the jobs they are going to get, most of them, on leaving school. Boredom, or the ability to endure it, is the hub on which the whole universe of work turns".

Sociological studies, such as P Willis's Learning to Labour (1977), show this is still the case. Kiddar's Luck ends in 1917 when Kiddar is fourteen and about to apply or work. The sequel, The Ampersand (which is out of print) continues the adventures of Kiddar, although her is renamed Clart. These autobiographical novels are not simply about Common or Kiddar/Clart; the experience and fate are intended to be representative of others in similar circumstances. Kiddar, as the name suggests, is a typical product of the environment. Returning to the opening passage:

"I had picked the bottom rung of the ladder with a vengeance . . . A sad mistake. Though millions make it, I think it still deserves a mourning wreath."These books show working class writing at its best. They are full of witty observations and interesting insights from one born under a minus sign".

Common did not belong to any political party and was highly critical of those left-wing organisations that claimed to speak for and lead the working class. He ends Freedom of the Streets with:

"No conclusions, then. You can work them out yourself, and its odd's on you'll get at least as good an answer as I should. The things I've been talking about hit you as hard as they do me, mate, and that's a fact. I'll leave it to you, then - all the best."

Common's own highly individualistic "socialism" is often confused and confusing. However, whilst you will find plenty of things to argue with in these books they do help to show the potential ordinary people have themselves to change society. Get hold of these books while you can, because knowing Kiddar's luck, they will be out of print before you can say Jack . . .