Weekly Bulletin of The Socialist Party of Great Britain 146

Welcome to the 146th our weekly bulletins to keep you informed of changes at Socialist Party of Great Britain @ MySpace.

"I have continued directing the unpopular fight for the rights of agitation, as director of the American Civil Liberties Union.... I am for socialism, disarmament and ultimately for abolishing the state itself as an instrument of violence and compulsion. I seek the social ownership of property, the abolition of the propertied class and sole control by those who produce wealth. Communism is, of course, the goal." Roger Nash Baldwin, 1935.

Continuing luck with your MySpace adventures!
Robert and Piers 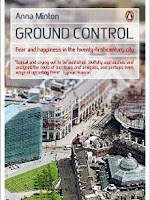 Book Review from the May 2010 issue of the Socialist Standard

As new shopping malls and blocks of flats are built in city centres, they represent an extension of ownership by investors and private companies at the expense of local councils. Docklands in London, for instance, is privately-owned, and the flats there are mostly in gated enclaves. The Liverpool One shopping development belongs to Grosvenor, the Duke of Westminster’s property company. These places are patrolled by private security guards and rigidly control what is or is not allowed to be done there (skateboarding, for instance, or selling political journals).

These and similar changes are the focus of Minton’s book, which gives a good overview of the situation, particularly with regard to housing and general control of behaviour in public. Despite the spread of CCTV (Britain has more cameras than the rest of Europe put together), people do not feel safer in the streets; in fact, fear of crime has been increasing as crime rates themselves fall. Stop-and-search powers are used more and more, but overwhelmingly in poorer areas. Breaching an ASBO can lead to a prison sentence for doing something which was not in itself a crime.

As far as housing is concerned, one consequence of gated communities is increased control over tenants. For instance, people may be forbidden from hanging out their washing or placing pots on exterior window sills. More seriously, profits for builders and property companies take priority over satisfying people’s housing needs. As Minton says, ‘house builders have greater guarantees of profits if they limit supply and so keep prices high’. The government’s Pathfinder programme is intended to solve problems that the market cannot tackle, but in practice it can mean houses being demolished and replaced by new ones that can be sold at higher prices. If a council declares that an area is due for demolition, it becomes a self-fulfilling prophecy, with residents keen to move away and others unwilling to move in. At the same time, newly-built homes are unsold, as mortgages are much harder to obtain during the credit crunch.

The number of official homeless is nearly 100,000, though councils restrict who counts as ‘homeless’ in order to avoid their rehousing responsibilities. The bottom of the private rented sector includes many, many properties that are damp and overcrowded. In the worst cases, this can lead to ‘buggy babies’, left in their buggy all the time because there is no proper room for them to sit or play. Their heads may get misshapen because they spend so much time lying down. What a comment on the realities of destitution under capitalism.
Paul Bennett
Posted by Imposs1904 at 8:14 AM No comments: