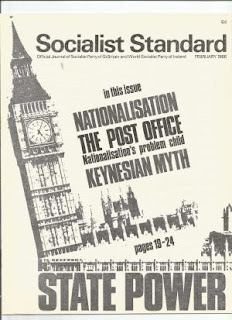 From the February 1966 issue of the Socialist Standard

The Conservative Party champions the cause of those who support the unequal society. They justify this by asserting that some individuals achieve success because they have an ability greater than others. They hold that this success entitles them to a larger share of the material things of life. I have often wondered if it were not possible to put a figure or ratio to this allegedly justifiable difference in consumption. It now appears from the housing committee of the Conservative Kensington and Chelsea Council that a reasonable ratio is of the order of 50: 1.

In this borough of the Greater London Council, embracing the highly fashionable Hyde Park Gate and the highly condemnable Notting Hill area, Mr. Nigel Lawson is buying a house. He is the new editor of “Spectator,” a former financial journalist and speech writer for Sir Alec Douglas Home. The house in Hyde Park Gate was valued by the Council at £34,000. The value placed on a property by a building society, local council or any other lending today is generally about 85 per cent, of the current market price, which leaves the lender a margin if the mortgagor should default on the repayments, when the property would have to be sold quickly. In order to complete his purchase, Mr. Lawson, or his agents, applied to the Kensington and Chelsea Council for a mortgage of £20,000. And got it.

The Labour Party opposition on the Council objected to the loan. Firstly they claimed the money could have been better advanced on say five £4,000 mortgages. or, alternatively, it could have been loaned to one of the borough’s housing associations, who could have utilised the money to house 50 people.

So there we have it: a loan to Mr. Lawson or a loan to 50 other people via a housing association. To take sides in this squabble is entirely to miss the point, which is that the housing shortage is one aspect of the general problem of poverty.

When questioned about the housing problem, the Socialist Party of Great Britain has often given the quick answer, to better illustrate the question, that the housing problem is only a problem for the working class, and has instanced the voluminous advertisements for houses for sale in the press. It is a shortage of money rather than houses that prevents most people from buying a house in a society that builds houses for sale rather than occupation. Despite all the talk of the affluent society, it remains a fact that a large section of the working class cannot afford the price of accommodation. As with any other necessity under capitalism. housing is available only within the limitations of a profit making system.

Mr. Lawson’s £20,000 mortgage carries interest at 6½ per cent, repayable over twenty years. A Councillor who wrote to the “Guardian” estimated that in order to qualify for the loan, Mr. Lawson must have an income of at least £8,000 per year and that the interest factor in the yearly repayments will be £1,256, upon which there will be relief from income tax and sur-tax of £840. So much for beer guzzling layabouts in council houses being the only recipients of subsidies.

In August 1965, HMSO published the table of personal incomes for 1963, which shows that of the 27 million individuals in receipt of personal income, 20 million were getting less than £1,000 and 25 million were getting less than £1,500 per year. If we average this out, it means that 80 per cent. were receiving an income equal to the amount paid by Mr. Lawson in mortgage interest, whereas his income, if the Councillor’s figures are correct, place him in the top 129,000, or the top 1 per cent. of the income table.

That “some are more equal than others” is true not only in Kensington and Chelsea but throughout the land. But perhaps the last word should go to Mr. Lawson, who wrote his first column as the new editor of “Spectator” on 7th January 1966; after all, he said, the Council will be making a profit from the mortgage they granted him. What more could a Tory ask, or give.
Ray Guy
Posted by Imposs1904 at 7:17 AM