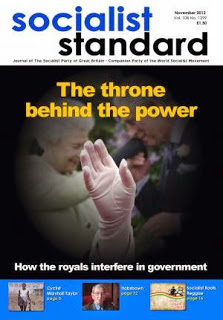 Bodging the Badger Debate
Whatever is all this fuss about badgers and the government’s badger cull in aid of? As if there aren’t bigger things to worry about. Socialists are not often accused of being sentimental animal-lovers, but don’t the anti-cull lobby have a point? Scientific surveys have shown that badger culls reduce TB in cattle herds by around 25 percent in the infected area, but increase TB by 25 percent outside the infected area due to the ‘perturbation’ effect of badger refugees running away in all directions from the shotguns. The 2007 survey concluded that closer monitoring of cattle would achieve more than badger culling, so what’s the point of the cull, apart from giving the huntin’, shootin’ and fishin’ brigade something fun to do now that they can’t chase foxes and hang peasants?

Some commentators argue that the farmers are exaggerating the problem anyway, since there is no danger to humans thanks to the milk pasteurising process, and there have been virtually no proper studies of the actual cost of bovine TB to the livestock industry. Badgers, after all, are a protected species. You can’t just bang away at them with a twelve bore for no reason.

If for the sake of argument we presupposed a meat and dairy industry in socialism on the same scale as now, which is a rather large and shaky assumption, this is a good example of a hot topic socialists might be having. Naturally we would hope and expect the culling question to be settled by the science, rather than sentiment. We needn’t worry that the ground was being muddied by covert class antagonisms between country squire and townie prole, or about quasi-legal questions of who exactly ‘owns’ a wild animal, whether it is all of us in some abstract way, or the private owner of the specific tract of land upon which the animal resides.

The problem arises when the science is inconclusive. A more recent survey, for example, confirms the ‘perturbation’ effect, but notes that the spread of TB outside the target area is actually quite short-lived. The ideal solution would be to vaccinate the cattle but no such vaccine yet exists. There is a vaccine for badgers, but the problem is catching the buggers and then being able to tell which ones are vaccinated and which ones aren’t, since they both present the same antibodies.

Evidence from New Zealand shows persuasively that culling works. It reduced incidence of TB by up to 83 percent, and significantly, when it was suspended due to lack of money, the incidence shot right back up again. But they were culling possums, not badgers, and the behaviour patterns of infected possums were shown to contribute to their effectiveness as a disease vector. In short, just because it works in New Zealand with possums doesn’t necessarily mean it’ll work in Britain with badgers.

The culls in New Zealand were also helped apparently by the fact that the possum is not an iconic animal immortalised in some Kiwi version of Wind in the Willows, but actually a pest that nobody likes. Many pro-cullers have pointed out that nobody would be making a fuss about these culls if it were a question of rats rather than badgers, and that this sort of ‘fluffy bunny’ thinking is what is really behind the ‘scientific’ objections. However, they themselves don’t care to point out that if badger culling works because badgers are the main TB vector in some areas, then deer culling should also be done because deer are the main vectors in others. Nobody wants a Save Our Bambi media storm on their hands. Even in America, home of the deer hunter, they shy away from deer culls for this reason, instead surreptitiously making hunting licences cheaper and hoping the weekend NRA nuts will do the job for them. Meanwhile, it’s a wonder that the Berkshire Hunt hasn’t trumpeted the fact that foxes can also be carriers.

Press articles on the subject argue that the science won’t persuade anyone because it’s a moral issue, which if true is unfortunate since most objectors are meat and dairy consumers and therefore somewhat morally compromised in this area. Other moral questions such as abortion are similarly not clarified by scientific considerations. In socialism, if there are such debates, we can only say that where the science is unable to make a conclusive case, the decision will have to be taken with a show of hands, whether they are fluffy bunnies’ hands or not.

The dark side of the coin
Such is the alienating world of commodity relations that many people in rich countries don’t seem to care much about other human beings, for all that they can be reduced to blubbering sentimental wrecks over whales, badgers or trees. Well, if human solidarity doesn’t motivate them, perhaps this will. A new report reveals that up to 90 percent of tropical deforestation is not conducted by governments or licensed commercial corporations, but by the mafia. Organised crime, it turns out, controls up to 30 percent of the global timber trade (New Scientist, 6 October).

It’s surprisingly rarely that socialists are asked ‘what we would do about the mafia’. This is largely because the reality of organised crime does not impinge very much on the public consciousness, for all its petty, Daily Mail obsessions with muggers and benefit frauds. Organised criminals operate outside the state regulatory apparatus, or inside states with no regulatory apparatus. They are responsible for global slavery, which the naive imagine was long ago abolished. They are responsible for counterfeit medicines which form up to 50 percent of the African market. They are responsible for wholesale and reckless fly-tipping of toxic poisons into landfill, paid for by construction and manufacturing companies who find it cheaper not to ask questions. They slaughter protected species for the tables of exclusive restaurants, engage in organ trade for rich invalids, kidnap children for wealthy childless couples, and incidentally, bulldoze rainforests.

If capitalism can be represented by a silver coin held up to the light, then it has a shiny side that we all see, and a dark side that we don’t. Inevitably we all tend to talk about the shiny side, with its democratic institutions and ethical concepts, its science and culture, carelessly forgetting that this is only half the story. What happens on the dark side is obscure, largely unreported, the stuff of Hollywood myth and legend. To look on this dark side is in a sense to look into our history, to see the truly ugly nature of the profit-motive at work, without any mitigating factors.

Technically speaking, organised crime is capitalism’s problem, not ours. It couldn’t exist if we abolished private property, any more than bank robbers could exist without banks. But while it does exist, we should remember that it is there, in the dark, a major player in world economies, as anti-human and anti-worker as they come, capitalism’s ghostly and demonic twin.
Paddy Shannon
Posted by Imposs1904 at 7:03 PM