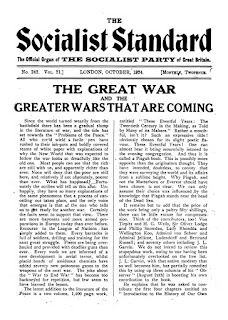 Book Review from the October 1924 issue of the Socialist Standard

A melancholy significance attaches to this volume, as the long preface was the last thing Engels wrote for publication before his death in 1895.

The work consists of four articles, originally published in the Neue Rheinische Zeitung in 1850, or just after the events recorded had taken place. The masterly analysis of the course of those events, with the penetration into the causes of the defeat of the working class, are all in Marx’s best style. While he was the first to recognise this defeat and its causes, the wide area of the revolution occurring in the principal countries of Europe, misled both himself and Engels as to the period when the working class would march to victory.

“The Class Struggles in France’’ form an introduction to the Eighteenth Brumaire, while the latter sums up the whole period 1848-1851 in the light of the later developments. The two works are thus complementary and should be studied together for a full understanding of that exciting period.

To-day this study is of special importance in view of the claims made by certain self-styled “leaders” of the working class for the use of methods and tactics that these volumes show to be completely useless in present day conditions.

It is here that Engels' splendid preface is so valuable. Written 45 years after the events referred to above, Engels could show how true were the main sections of the analysis, while admitting the errors in forecast made by Marx and himself. But it is on the question of the tactics to be used by the working class that the greatest lessons are to be learnt. The view held by the Independent Labour Party and the Communist Party that Socialism will be established by an “intelligent minority’’ leading the masses of the workers, looks curious in face of the following statement on p. 9:—


The proletarian masses themselves, even after their Paris victory, were absolutely at sea as to the course to be pursued. And yet there was the movement—instinctive, spontaneous, irrepressible. Was not that just the situation wherein the revolution must succeed, led by a minority it is true, but this time not in the interests of that minority but in the most specific interests of the majority.

This statement might have been taken today from one of the papers of the two organisations mentioned. But with pitiless logic Engels points out on p. 10:—


History has proved us wrong and all others who thought similarly. It has made clear that the status of economic development on the Continent was then by mo means ripe for the abolition of capitalist production.

Yet some who claim to have studied Marx’s teachings try to argue that it is possible to establish Socialism under economic conditions far less ripe than those existing in 1848, and with a working class much inferior in knowledge to those of France in that day.

Equally crushing is Engels' exposure of the absurdity of supposing that the working class can oppose the Army and Navy with weapons of physical force, in street fights, as advocated by many Communists and Anarchists, After analysing the revolts in the various capitals of Europe, and showing why temporary successes in some places was followed by defeat in all of them, he says :—


Since then much more has been changed, all in favour of. the military. If the cities have become larger, so have the armies. Paris and Berlin, since 1848, have quadrupled, but their garrisons have grown more than that: These garrisons, by means of the railroads, may be doubled inside of twenty-four hours, and in forty-eight hours may swell to gigantic armies. The armament of these enormously augmented troops has become incomparably more effective. In 1848 the smooth bore, muzzle-loaded percussion rifle, to-day the small calibre, magazine breech loader, shooting four times as far, ten times as accurately, and ten times as quickly as the former. At that time the solid projectiles and case shot of the artillery with relatively weak effect, to-day the percussion shell, one of which suffices to shatter the best barricade. . . . . Even if on the side of the insurrection there be more trained soldiers, it will become more difficult to arm them. The hunting and sporting rifles of the warehouses—even if the police has not rendered them useless by the removal of a part of the mechanism—are no match for the magazine rifle of the soldier, even at close quarters.—(Pages 22-23.)

If this was true twenty-nine years ago, how much more does it apply to-day when in addition to all the above advantages, the modern army possesses poison gas, aeroplanes and bombs. What was considered by Engels as a lunatic’s action then, can only be considered as quite brainless to-day. Yet such action still has its advocates!

The final view of the veteran who had lived and taken part in so many stirring events, whose immense knowledge and great intellect were combined in a calm survey of the conditions around him, is given on page 24 :—

The time is past for revolutions carried through by small minorities at the head of unconscious masses. When' it gets to be a matter of the complete transformation of the social organization, the masses themselves must participate, must understand what is at stake and why they are to act. That much the history of the last fifty years has taught us. But so that the masses may understand what is to be done, long and persistent work is required, and it is this work that we are now performing with results that drive our enemies to despair.

Such is the lesson this volume drives home. In view of its value to the workers, it is a great pity it has not been produced in a cheaper form. The price, at the present rate of exchange, is about 10/-, a sum beyond the power of most workers to pay for a book of 200 pages.
Jack Fitzgerald