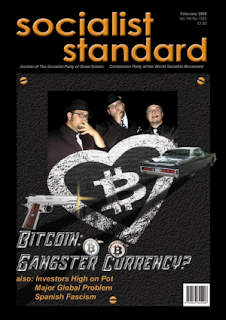 In November the Bank of England increased the bank rate from the 0.25 percent that it had been since March 2009 to 0.5 percent, still very low by historical standards. As the rate that banks are charged when they borrow from the Bank it sets the minimum for a number of other rates.
The media commented mainly on the effect the rise would have on workers and retired workers. Those buying a house via a mortgage will have to pay more but those with savings will get more from them. But this is not why the Bank changes the bank rate; that’s just a side-effect. The main reason is to try to influence the level of economic activity. Since the initiative for this rests in the hands of profit-seeking capitalist enterprises, bank rate changes are aimed at influencing their investment decisions.
As Oliver Kamm pointed out in the Times (8 January):

‘The global economy is still operating in the shadow of the financial crisis of 2007 to 2009. All the advanced industrial economies, in differing degrees, have been struggling to boost growth ever since. All have resorted to the same approach of aggressively easy monetary policy, with near-zero interest rates and big asset-purchase programmes by central banks.’

The theory is that if capitalist firms don’t have to pay so much interest out of their profits they can built up their reserves and so have more money to invest. But capitalist firms' investment decisions are influenced by the rate of profit rather than the rate of interest. If the profit prospects are not good enough they won’t invest however low the interest rate. You can bring a horse to water but you can’t make it drink if it’s not thirsty.
Very low interest rates have had one side-effect but not a desirable one from a capitalist point of view. It has prevented firms that would otherwise go bankrupt from doing so. ‘100,000 zombie firms suck life out of economy’ was how the Times (7 December) headlined an article reporting on a survey by the Organisation for Economic Cooperation and Development (OECD), an intergovernmental think-tank set up by the developed capitalist countries.
The OECD defined zombie companies as firms more than ten years old ‘having persistent problems meeting their interest payments’ and went on to deplore their effect on the capitalist economy:

‘Zombie firms represent a drag on productivity growth as they congest markets and divert credit, investment and skills from flowing to more productive and successful firms and contribute to slowing down the diffusion of best practices and new technologies across our economies.’

It said that ‘Britain would be growing more quickly if it encouraged a clearout’ of the 100,000 ‘zombie companies kept on life support by the banks.’ This could well be the case as inefficient firms going to the wall and their assets passing cheaply to more efficient firms is one way in which during a slump the rate of profit is restored, itself a prerequisite for recovery and moving on the next phase of the boom/slump cycle.
Ironically, then, instead of low interest rates encouraging a recovery they may have retarded it.  Another example of how governments can’t control the way capitalism operates.
Posted by Imposs1904 at 9:09 AM