The Radical Cinema of Peter Watkins 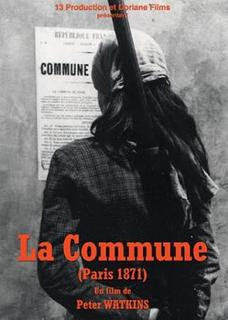 Cut and pasted from A Very Public Sociologist blog. The blogger, Phil B-C, is a member of the SP/CWI Trotskyist tradition.

Keele MCC heard from John Cook of Glasgow Caledonian University this evening. He spoke on the little-known work of the radical film maker, Peter Watkins. Watkins was part of the amateur film movement that grew up in the mid-late 1950s and found himself taken on at the BBC on the strength of his short film on the Hungary uprising, The Forgotten Faces. Released in 1961 it was, contrary to popular belief, among the very first films - if not the first - to pioneer the documentary-drama style. Rather than being a straight apologia of either side, it showed how revolutions are necessarily very messy, how circumstances can transform the downtrodden and oppressed into people fired by murderous rage. In one key scene, we are shown crowds coming under fire from uniformed snipers. When they surrender the people wreak bloody vengeance by crushing them beneath their heels and boots. As a tribute to Watkins style, when Forgotten Faces was shown to the founding chairman of Granada, Sidney Bernstein, he quipped "if we showed that film, no one would believe our documentaries anymore".

Having secured a position at the BBC he became the centre of controversy in 1965 with The War Game. This film imagined the dropping of a nuclear bomb on Kent and its aftermath. Immediately it was banned and remained so for 20 years. Watkins was convinced this decision was taken on political grounds, and was so disgusted by the experience that he left Britain in 1968, and hasn't worked here since. But the hallmarks of his film making had been established. The docudrama style (also seen in his earlier film, Culloden, which involved scenes where participants of the famous 1746 battle were interviewed by filmmakers), his preference for hand held camera work, and the casting of "ordinary" people, not professional actors, have continued to mark out his oeuvre from the mainstream.

Post-BBC Watkins has continued to make films outside of the conventional production process and on very tight budgets. Typical of this is 1971's Punishment Park. Inspired by the trial of the Chicago Seven, it is set in a future where subversives and hippies jailed for political offences get the chance to have their sentences commuted if they complete a desert wilderness course. All the while they're being pursued by law enforcement as part of their training in tracking, shooting, and apprehending suspects. The clip shown this evening's audience is taken from the trial scene. The defendants are arrayed before a tribunal and time after time the presiding judge disallows pleas and defences guaranteed under the US constitution. Contemporary criticism attacked Watkins for exaggerating the violation of basic democratic rights, but post-Guantanamo these seem rather quaint objections. The film itself was on general release in the states for four days until it was mysteriously dropped, so obviously somewhere the film spoke an uncomfortable truth to power.

Watkins' last major film is La Commune (Paris 1871). Filmed in 1999 the 200-strong cast was populated almost entirely by non-professional actors, and casting was done to type. The roles of the communards were taken by leftists and students, and the counterrevolutionary forces recruited from adverts placed in Le Figaro. Like previous work, in the battle scenes the film crew interview 'communards', who would alternate between acting as a participant and commenting on current affairs. Furthermore Watkins filmed La Commune chronologically so the actors knew what was coming and helped simulate a more authentic feel, albeit one anachronistically juxtaposed to interventions by modern media.

Throughout his presentation Cook compared Watkins to Ken Loach, arguing of the two the former was a more radical film maker. Though Loach is famed for the controversial nature of his subject matter how he makes and presents his work is far more conventional. Furthermore Loach's films are very clearly of the left. However, Watkins is a bit more problematic. He describes himself as a leftist, and a superficial acquaintance with the above films seems to reinforce that. But for Cook, Watkins' work is a comment on polarisation and the politics of hate. In Punishment Park for example, there are multiple scenes of the radicals and agents of the state attacking one another verbally and physically. There is a certain even handedness in their portrayal as reaction gets just as much time to put its case against subversion. The same is the case in La Commune - there are scenes capturing the Versailles troops berating and polemicising against the communards and leftism. In both Watkins manages to make visible the polarisation between the two - to take sides and start shouting (as he does in his role as a cameraman in Punishment Park) is to become seduced by hate. What is needed is some middle ground, a space for dialogue between the two antagonistic camps. Only then can real progress be made.

What to make of this? I don't think Watkins has retreated into the wishy-washy liberalism/populism that tries to be all things to all people. Instead it is a call to the left to realise the views of our opponents are as convincing to them as our politics are to us, that we should not forever hector or starkly oppose our views to theirs but rather take the time to address their concerns and win them over through persuasion. As he puts it, "the ideological left is as flawed as the right - any politics that doesn't take on the views of ordinary people is playing at politics".