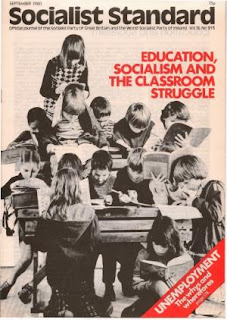 From the September 1980 issue of the Socialist Standard

With the experience of two centuries of capitalism to go on, it might be expected that by now everything about the causes of unemployment and its fluctuations would be known. In fact, most economists and politicians are as confused about it as were their predecessors. They go on propounding old discredited theories, or the new absurdities that have emerged in the last half century. The TUC and the various wings of the Labour Party are as much in the dark as are the Tories. In defiance of the evidence, they all have a childlike faith that there must exist somewhere a magic formula that would enable them to run capitalism without unemployment—if only they and their computers could find it.

Although Karl Marx was derided for saying that capitalism inevitably goes through successive phases of expansion, boom, crisis and depression, it has continued to follow that course. Marx’s view has been challenged from two directions. In each longish period of low unemployment (as in the years 1895-1900, and again after World War II), it was claimed that the way to permanent boom had been discovered. In each long period of heavy unemployment (as in the very long depression in the last quarter of the 19th century, and again between the wars) it was expected that capitalism would never expand again and that depression had become permanent. This theory is being revived again now.

Past experience in Britain gives no support to the idea that unemployment consistently tends to become heavier. Unemployment now (August 1980) is 1,897,000, or 7.8 per cent. As a percentage it was often higher than this in the 19th century, and for the whole of the years between the wars it averaged 12 per cent. At its peak in 1932 it was 22 per cent, which would mean over 5 million unemployed at the present time.

Nor, of course, does experience support the belief of the Labour and Tory governments from 1945 to 1970 that they could “manage” affairs in such a way as to keep unemployment down to about 2 per cent. That long period of low unemployment was partly due to replacement of war damage, and partly to the fact that it took years of reconstruction in Germany and Japan before their modernised and highly competitive industries came back into the world market to the detriment of British capitalism.

The Tories have now reverted to an earlier myth which held that if capitalist is left to its own devices without government intervention it will create full employment. Their argument is that if inflation is stopped and if the government spends less and therefore reduces taxation, employers will retain more of their profits and will invest that extra money to provide more jobs. (“If the government cuts expenditure by £4,000 million a year, unemployment will fall.” Sir Keith Joseph). This argument is easily answered. There was no inflation from 1820 to 1913, and government expenditure (measured against total national income) was less than a quarter of what it is now: but it did not prevent continuous unemployment or the Great Depression. The argument overlooks that employers are not in the business of creating jobs but of making profits. “Companies invest when they think they can make a profit” (Financial Times 21 March 1978). When they see no prospect of making a profit, they do not invest.

Post-war governments, Tory as well as Labour, operated on the principle adopted in 1944 by the Labour Party Conference “If bad trade and general unemployment threaten . . .  we should give people more money, not less to spend.” The only way in which a government can “give everybody more money” to spend is by printing more notes, each of which buys less and less. While Denis Healey was Chancellor of the Exchequer, his government printed and spent an additional £4,500 million; to which the Thatcher government has added another £1,200 million. This has had no effect on unemployment. Its only achievement is to put up prices. Sir Keith Joseph recently resurrected another old but plausible fallacy: “Just as you can price yourself out of a job, so you can price yourself into one, by taking lower wages.” There might be some employers who would take on more workers if wages were reduced from, say £100 a week to £80, to employ ten workers at £80 instead of eight workers at £100, but as a remedy for unemployment it is a non-starter. The ten workers would produce more than the eight workers, so their employer would have to sell more. If he succeeded in capturing a larger share of the market, it would be at the expense of rival employers, who would employ fewer workers in consequence.

Sir Keith’s non-solution for unemployment prompted an opposite solution from the unions. A union official put it like this: “Workers are unemployed because wages are too low to buy all the factories produce. If wages were raised, workers would buy more and more workers would be employed”.

This too is a plausible argument. If wages went up more than prices, workers could buy more. But, as profits would be correspondingly reduced, the profit-receivers would have to spend or invest less than before. As profit margins would be reduced, it would also discourage investment. In the period 1973 to 1977 wages did rise more than prices but, as already mentioned, unemployment more than doubled.

Marx met and dealt with a similar argument. It was put to him that if wages were raised it would enable workers to buy more and would prevent a crisis occurring. Marx pointed out in reply that “crises are precisely always preceded by a period in which wages rise generally and the working class actually gets a larger share of the annual product intended for consumption”. Far from preventing a crisis this phase of higher real wages is always “harbinger of a coming crisis” (Capital Vol. II, Kerr edition, page 476).

Marx dealt with unemployment from two aspects. First, there is the displacement of labour by machinery. This increases unemployment, but if the investment of capital grows fast enough (as it does when sales and profits are rising) it “absorbs not only the men thrown out of work but also fresh contingents” (Capital, Vol. I, Kerr edition, p.496). So in that phase total unemployment falls.

But in the competitive struggle which gives markets to the cheaper producer, each capitalist is trying to accumulate capital and expand his scale of operations, not just to meet a known demand, but as an end in itself. Inevitably “overproduction” develops in some big markets, as for example motor cars, shipbuilding and steel in 1974, and a crisis occurs. Sales in those markets decline, investment ceases to be profitable, production is cut and workers are stood off. The declining industries and falling wage totals drag down other industries and there is depression, with unemployment at peak levels. This continues until such time as conditions develop which make investment profitable again.

This is the course capitalism follows, paying no heed whatever to ministerial vapourings about full employment, whether Tory or Labour.