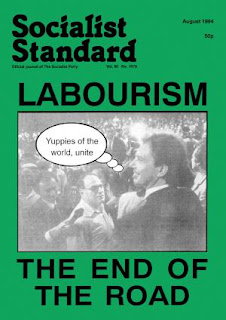 A Room with a View


"Room 101", he said. There was a gasp and a flurry at Winston’s side. The man had actually flung himself on his knees on the floor, with his hands clasped together.
"Comrade! Officer!" he cried. "You don’t have to take me to that place! Haven’t I told you everything already? What else is it you want to know? . . . Write it down and I’ll sign it - anything! Not Room 101!"

So goes a passage in George Orwell’s Nineteen Eighty-Four, a passage which has provided the inspiration for a new scries on BBC2 (Mondays, 10.00pm) entitled, appropriately enough, Room 101. This programme invites a guest each week to pick his or her least favourite things — a sort of cynic’s Desert Island Discs. They are not encouraged to pick the real fear in life — in Nineteen Eighty-Four's Room 101 Winston Smith was confronted with the ultimate terror, for him, of being attacked by a cage full of rats. They are not asked to reveal that their personal nightmare is being eaten alive by piranhas or suchlike, only to reveal the everyday things that irritate them.

On the first programme the guest was Bob Monkhouse. Monkhouse, with a smile and a gulp and a glint of the eye, quickly built up a rapport with the studio audience which established that his prejudice were largely their own. The French, crap ventriloquists, Cilia Black, the usual suspects. All this set Between the Lines thinking. Why not choose a top ten of TV eyesores to be banished to Room 101? Why not indeed! The only difficulty would be in keeping it down to just ten, and sure enough this proved to be the case. With apologies to any grotesque televisional monstrosities that have been crowded out, here is the list - Between the Lines’s top ten of irritating TV, in time- honoured reverse-order.

The Countdown
10. Royal Ascot. Anything that brings together horse racing, the Royal Family, the dregs of the aristocracy on a day out and Eve Pollard doing a fashion commentary must be banging on the door of Room 101 with the worst of them.

8. Party Political Broadcasts. Yes, they had to be there didn’t they? Aerial pictures of the British Isles on a summer’s day, fine British architecture, seagulls swooping, horses gambolling in fields and a deep husky voice whispering sweet nothings into the ear of the transfixed proletariat. The ultimate triumph of form over content, and generally for the unworthiest of causes. Makes the bile rise in your stomach.

7. The ’O' Zone. Currently running strong in the crap TV stakes. More teeny-bopper television, this time of the, er, musical variety. Rumour has it that it is soon to transmit an edition that doesn’t feature Take That. Don’t hold your breath, though.

6. Football Commentaries. The World Cup has been a boom for the . . . inspired and verbally-challenged, otherwise known as soccer commentators. John Motson seemed at the point of refusing to commentate on one match because the South Korean players "all looked the same". Unfortunately he pressed on for the full ninety minutes. As usual. South American teams display "typical Latin tactics", the Germans are "disciplined" but "arrogant", the Scandinavians are boring, the Irish physical and the ultimate accolade given to a player is that he might be good enough to play in the English Premier League. Nauseating.

5. ITN News. Tabloid TV journalism at its worst, especially during the lunchtime and early evening editions. John Suchet is a particular culprit — watch out for his stock question "what’s the mood like, Brian?" whenever there is an accident/bomb explosion/House of Commons vote making the headlines. Like the BBC, ITN is not averse to bias, either. In one recent bulletin during one of the rail strikes, Dr Ann Robinson of the lunatic Institute of Directors was interviewed to put the bosses’ view's for at least five minutes. She accused the signalmen of engaging in terrorism against the British public. Needless to say, no-one was interviewed to put an opposing view.

4. ITV Serials. Not Coronation Street, but the "blockbuster" variety, often imported from the US or Australia. Bubble-gum for the eyes. Fill up six hours a week though, don’t they?

3. ITV Sitcoms. The heady anti-working class vituperation of On The Buses and Love Thy Neighbour has been replaced with a banditry that could be construed as an improvement, but any semblance of humour seems to have been surgically removed from these programmes. Less interesting that Araldite, they are not be be recommended.

2. Religious programming. Aaargh! Harry Secombe and Roger Royle patronising children and old-age pensioners at the behest of a higher authority, like the BBC Board of Governors. An indictment of a "civilised" society.