Catholics and Protestants in Ireland (1968) 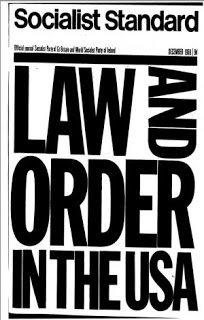 From the December 1968 issue of the Socialist Standard

July 1, 1690, (Old Calendar) was a major turning point in Irish history. The defeat of the catholic King James confirmed William of Orange as the new King of England and Ireland and consequently as head of the Protestant Church. The centuries which followed witnessed the suppression of catholics by the imposition of penal laws. The old aristocrats had their lands confiscated and were replaced by a new Loyalist aristocracy. The new privileged class re-let their lands to the peasants and. as the years passed, raised the rents to enormous heights. The landlords lived then in ostentatious luxury spending most of their time gambling, drinking and entertaining their fellow aristocrats in England, all from the proceeds of rack-rents.

These circumstances imposed a hard and unstable existence on the catholic peasant majority evoking their hatred of the parasitical protestant landlords. After the Catholic Emancipation of 1829 the Irish went through the greatest horror in their history—the so-called Famine of the 1840’s. The population was devastated and today is still little more than half of what it then was. The catholics strongly felt that famine had been imposed and exacerbated by a foreign, protestant government.

Then in 1916 the Easter Rising took place. The executions which followed sparked off the Anglo-Irish war, bringing Ireland to the attention of the world. Again the Irish felt they were victims of a crime against humanity—the introduction into Ireland of the Black and Tans, gangs of trigger-happy layabouts in British uniform. In the end the British government agreed to grant a mild form of nationhood to twenty-six countries, but a parliament subordinate to Westminster to the portion of Ireland where protestants were a majority. The actions of a handful of protestant politicians, who pressurised the British government into splitting Ireland in two, once again brought the religious issue into Irish politics. Giving a portion of Ulster a political divorce from the rest of Ireland was one of the causes of the cold blooded and bitter civil war.

This very brief outline of Irish history is essential to an understanding of how religious belligerence arose. The protestant minority have not been the victims of terror by “the papists" in the Irish Republic despite their fears in 1921. On the other hand, this ridiculous religious belligerence still exists in Northern Ireland where the catholic minority are subjected to various forms of discrimination.

Both religions, catholic and protestant, claim to be Christian. Today we hear their leaders crying out for peace throughout the world; they beg the rich to be charitable to the poor; their tongues are blistered denouncing socialists. Yet they stand firmly rooted in the society which causes and perpetuates war and poverty.

Religion, to the Irish catholic, is man's first and most important duty. They feel that the road to god is the road to happiness. They are thus led to accept present conditions and to look forward to happiness after death. They fail to see that they, like men in other religions, have a common bond—they are members of the working class. Religion to them is like heroin injected into their veins. It mixes with the blood and sinks their minds into a state in which they can no longer think for themselves. It is this which leads them willingly to submit to their energies being used for the benefit of a few parasites. They are unable to see that this oppression helps perpetuate their exploitation, the sale of their labour-power for a minimum of its produce. The consequent degradation, and the insecure existence, always with the fear of what may happen should their ability to work be maimed, encourages a belief in a better existence after death, just as primitive man’s struggle with nature gave rise to beliefs in gods, devils, demons, food-laden paradises and all sorts of unrealistic fantasies.

Only by a close examination of society can the worker learn the reason for his poverty and only after casting aside all forms of addiction—nationalist and religious—can society be examined in a clear manner. Only by learning where his true interest lies can the worker go out, organise consciously and take the proper steps to end his subservience; Religion is of no use here. It is in fact a hindrance, a serious and a malicious hindrance.

All the workers of Ireland should end their addictions. They suffer the same conditions as the workers in England. Russia and everywhere. Their split into different factions of a similar dream will have to go. It is sad to see our fellow workers fighting amongst themselves over opposed beliefs in some form of nothingness, with the catholics shouting about partition and the protestants about 1690 and the Inquisition. They mistakenly believe their degradation to be inflicted upon them because of their different beliefs, one faction agitating the other. The catholic workers are unable to see through the nebulousness of their religion while the protestant workers allow themselves to be used as instruments of hypocritical Unionist parasites who want the link with Britain in order to make more money. The catholics swoon over their history while the Orangemen denounce the tyranny of the papacy at the height of its power.

The solution to the problems of workers in all Ireland will not come by conversion of one faction to the other, but by uniting with each other and with their fellow workers of the world. Then, when the workers are united their energies can be turned to the real conflict—that between capitalists and workers, not between workers with different national and religious tags. However the workers must, in the first instance, reject all the drugs, nationalist and religious, which lead them into willing submission to the capitalist class.
Patrick Garvey
Posted by Imposs1904 at 9:23 PM