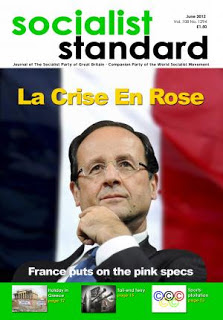 I remember the struggling “thirties” for my Mum and Dad, hard to find work and being abused by the capitalist system. Then with five children war took place and sent three of us to evacuation. Money I thought of was pounds shillings and pence and farthing and three penny piece Mum put in the Christmas pud.

Peace arrived and as time has gone by you heard of money crisis, tighten your belt, “you’ve never had it so good”, “a new beginning” and “we’re all in this together”, ” big society”, yes Cameron rich and poor!

Money blinds me with calculations I don’t understand, not pounds shillings and pence but millions, billions and trillions now.

The needs for people are to be fed well, sheltered and to understand to have the best of everything. Hospital, housing, schools and everything that provides a good living.

I don’t want to hear that I have an enemy today, I didn’t know him yesterday but my so-called country tells me and my family to fight him and his family. So where in the present money crisis we are unable to put money into every good and necessary need they can suddenly find millions and trillions for fighter planes and every killing machine you can think of.

Is this all insane or could there be another way to live on this great planet of ours. A global moneyless society for the whole human race. Co-operation not competition. We have the manpower, technology, resources and voluntary know-how. Capitalism has shown us how it could be but money gets in the way! So?

I’ve never been any good at understanding maths and missed out education during the war but am able to think about and see things that I hear and see. I don’t need leaders telling me what’s good or bad for me and at the same time dancing to the tune of capitalism putting profit before need.


What about the family?

How do we see the Family and the upbringing of children in society after the transition from capitalism to socialism?

In the Kibbutzim in Israel from the 1950s to the 1980s people lived in a collective environment without private property where there were communal children’s homes and sleeping arrangements and the collective upbringing of children. Kibbutzim would ultimately fail as ‘socialist’ enterprises because they existed inside a capitalist framework.

In 1884 in The Origin of the Family, Private Property, and the State, Engels describes how humanity in its hunter-gatherer stage of development lived in a primitive-communist society with female solidarity, a brotherhood of man and collective upbringing of children. It is with the end of the matrilineal clan and the beginning of patriarchy we get the beginnings of the family and private property. Professor Chris Knight’s 1991 book Blood Relations: Menstruation and the Origins of Culture follows on from the work of Engels and he states that for 95 percent of our existence, our species lived as egalitarian hunter-gatherers without family, private property and the state.

I am not proposing some return to primitivism-communist society but that the capitalist system has only been in existence a short time and is not the eternal state of things the bourgeoisie would like us to believe.

Wilhelm Reich in his 1933 The Mass Psychology of Fascism sees the family as one of the most important institutions that supports the authoritarian (capitalist?) state and is basically the centre for the production of reactionary men and women.

Following from Reich we have critique of the family in the writings of RD Laing in the 1960s, the seminal work The Death of the Family (1971) by ‘Marxist Existentialist’ psychoanalyst David Cooper, and volume 1 of Capitalism and Schizophrenia: Anti-Oedipus (1972) by Deleuze and Guattari.

Marxists have seen the family as an important conditioning agent in capitalist society, the cause of gender inequality and also the cause of much psychological damage to individuals. With the transition from capitalism to socialism will the family be redundant and collective upbringing the way forward?

Regarding ‘From Handicraft to the Cloud Part 2’ (April Socialist Standard), when you say “Linux”, you probably mean the GNU operating system that I launched in 1983, in combination with the kernel Linux. People often call this combination “Linux”, which is unfair to us.

Linux is just one component of the combination. That component was developed starting in 1991 by Torvalds, who never agreed with the ethical principles of the free software movement. Thus, when people call the whole system “Linux” and give all the credit to him, they lead people away from our ideas of freedom.

Torvalds’ current version of Linux actually includes non-free pieces, and depends on other external non-free pieces. When we make 100% free GNU+Linux distributions, we have to remove those pieces from Linux before putting it into the distribution.

If you were thinking of the complete system that people use, that is GNU/Linux or GNU+Linux.

If you were thinking of Torvalds’ program, I never particularly supported that.