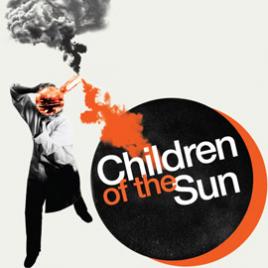 The Maxim Gorky play Children of the Sun directed by Howard Davies was performed last year at the National Theatre in London.

The play captures the unease and violence of what the historian Lionel Kochan called the ‘dress rehearsal for revolution’ in Russia in 1905. Gorky wrote the play while imprisoned for accusing the Tsar of the massacre of 1,000 workers on ‘Bloody Sunday’ in January 1905 outside the Winter Palace in St Petersburg. For Kochan ‘this was the spark that set alight the flames of revolution. In all social groups revolt flared up. By the end of January nearly half a million workmen were on strike. The professional intelligentsia joined in.’ A ‘soviet’ in St Petersburg ‘formed of some 500 delegates elected by about 200,000 workers, represented the peak of working-class achievement. It was a spontaneous creation. But it was a lesson in revolution, not the revolution itself’.

The Children of the Sun are a group of privileged, self-absorbed, middle class intelligentsia who are floundering and philosophising about the world, who sense revolution is in the air but lack vision, energy and dynamism. Geoffrey Streatfield is amiable as Protassov, the ‘student of natural science’ who is prescient about the role of science in the future but blind to romantic advances, and the philandering around him. Protassov’s sister Lisa played by Emma Lotfield is anguished by the harsh reality of the suffering peasantry while his wife Elyena played by Justine Mitchell knows something is wrong, of the need for action, and embodies the revolutionary spirit.

When the play had its premiere at the Moscow Art Theatre in October 1905, the atmosphere was tense, and ‘the audience panicked when they mistook the arrival of the protesting workers at the end of the play, for a real demonstration entering the theatre from the streets’ (Cynthia Marsh). Stanislavsky wrote that the role of the Moscow Art Theatre was ‘not a simple private affair but a social task. Never forget that we are striving to brighten the dark existence of the poor classes.’

Gorky’s father was a joiner, and Tolstoy called Gorky ‘a real man of the people.’ Gorky had worked as a skivvy in a shoe shop, in a bakery, as an errand boy, a stevedore, a dishwasher on a River Volga steamer, and a railway night-watchman before educating himself and becoming a jobbing journalist and a Marxist.

The 1905 Revolution was suppressed with 14,000 people executed and 75,000 imprisoned. Gorky wrote ‘our sick society will not become healthy until the sources of light, beauty and wisdom have become accessible to everyone.’