Maoism as a class society: illusion and reality (2007)

Both supporters and opponents saw China under Mao as an egalitarian society without hierarchy but this was an illusion.

The image of Maoist China conveyed in the poster art and other propaganda of the regime was that of a regimented and spartan but egalitarian society, without hierarchical class distinctions. Curiously enough, anti-Maoist propaganda conveyed a very similar image: several authors, for instance, dehumanized the Chinese under Mao as "blue ants." In accordance with its egalitarian image, Maoism is commonly classified as a leftwing - indeed, "extreme left" or "ultra-left" - ideology. The blatant inequalities of post-Mao China have served only to enhance the image in retrospect.

And yet the image was always an illusion, a meticulously maintained lie. The rich memoir literature that has become available since the "thaw" of 1978 begins to dispel the illusions and portray the realities of Maoist China. And one of those realities turns out to be a class structure that differs in detail but not in broad outline from that of the "old China."

The class geography of Chongqing
In her autobiographical Daughter of the River, Hong Ying gives us a moving account of growing up in the 1960s and 1970s in a working class family in the provincial city of Chongqing. She maps the local landscape into three sharply divided domains.

First, the hilly slum district on the south bank of the Yangtze River, where the author used to live - "the city's garbage dump," its "rotting appendix," crowded with ramshackle wooden sheds and with hardly any sewers. The residents are mostly "coolies" - unskilled labourers; it is very rare for a youngster to pass the college entrance exams. So it was before "liberation"; so it was in her time; so, judging by the photos in the book, it remains today.

Second, on the north bank, the city proper. "The centre of the city," she observes with bitter irony, "might as well be in another world, with red flags everywhere you look and rousing political songs filling the air [and] youngsters reading revolutionary books to prepare themselves for the life of a revolutionary cadre" – like the cadres (officials) who ridicule and humiliate her when she tries to get her father the pension to which as a disabled sailor he is entitled.

And third, though she has never set eye on them, "the summer houses of the rich and powerful, hidden amid the lush green hillsides surrounding the city." Here, it must be admitted, a minor change has occurred: "Once occupied by Chiang Kai-shek's closest aides and his US advisers [Chongqing was the Kuomintang capital in 1937-45], they now accommodated high-ranking Communist Party officials."

In Maoist China the authorities assigned every citizen an official "class" label or political "hat." A great deal depended on this hat, from political influence and social respect to work assignments and access to medical care – not to mention the chance of ending up in a labour camp or on an execution ground. Most labels referred not to current social position but to the alleged former status of the person or of his or her parents and grandparents in the old society. Thus, "poor and lower middle peasants" ("red" categories), "upper middle peasants" (an intermediate category), and "rich peasants" and "landlords" ("black" categories) were currently all collective farmers. The harshest treatment (justified as "class struggle") and most unpleasant jobs were reserved for "landlords," who became a hereditary caste of pariahs like the Indian untouchables.

The real function of the labels was to measure the presumed degree of loyalty to the regime. Party leaders in good standing, irrespective of family background, belonged to the "red" category of "revolutionary cadre." Both prime minister Zhou Enlai and secret police chief Kang Sheng were sons of big landlords and Mao's own father was a small landlord, but that did not count against them. Conversely, worker or poor peasant origin provided very limited protection to those who challenged party policy: a "class" label could be arbitrarily changed or the malcontent could be dumped in the catch-all category of "bad element."

So we must decode the official "class struggle" as a continuing campaign to crush all actual and potential dissent. In official discourse "proletariat" (working class) was a codeword for the regime (or whichever faction controlled the regime at any given time). When workers went on strike in 1966-67, they were accused of falling under the influence of class enemies wielding the weapon of "economism." In other words, they were tools of the capitalist class striking against themselves!

The Cultural Revolution: a campaign against bureaucracy?
Many Maoist sympathizers acknowledge that China under Mao was a highly unequal society, but put the blame on Mao's opponents within the leadership - the notorious "capitalist roaders" supposedly headed by Liu Shaoqi. Mao himself and those who helped him launch the Cultural Revolution were, we are asked to believe, fighting against the party bureaucracy for a classless society.

This "anti-bureaucratic" interpretation of the so-called Cultural Revolution is at variance with the official definition of its purpose. It was basically a brutal witch-hunt, assisted and supervised by the secret police, against anyone suspected of disloyalty to the "Emperor." So intended targets did include many specific bureaucrats suspected of opposing Mao's policies, but not the bureaucracy as a whole. True, in some places control over the movement was lost for a time, and Red Guards started deciding for themselves whom to attack. One organization even denounced the "butcher" Kang Sheng, who acted promptly to isolate and arrest its activists. In Hunan a Red Guard alliance called Sheng-wu-lien published a manifesto redefining the enemy more broadly as "the new bureaucratic bourgeoisie." Denounced as a "counter-revolutionary" by Mao himself, Yang Xiguang, author of the manifesto, was jailed for ten years and narrowly escaped execution. (For more on Sheng-wu-lien, see here. On Yang Xiguang, who died in Australia in 2004, see here and his book Captive Spirits: Prisoners of the Cultural Revolution.)

At least since 1949, all top party leaders have lived and worked under extremely privileged conditions and in virtually total isolation from ordinary people. In Beijing they cloister themselves (and their servants) inside the Zhongnanhai complex, while in summer they vacation together at the seaside resort of Beidaihe. We get a sense of the unhealthy, claustrophobic and paranoid atmosphere of this environment from the memoirs of Mao's personal physician, Dr. Li Zhisui (The Private Life of Chairman Mao). Jiang Qing, Kang Sheng, and other members of Mao's faction were certainly no less privileged, corrupt or cynical than his opponents. It is absurd to cast them as champions of the people.

The Red Guards appeared to be attacking privilege, but appearances were deceptive. First, they only attacked the privileges of those who had already been identified as "class enemies" on other grounds. Second, the net result of their rampage was merely the redistribution of privilege and property within the elite. Some individuals temporarily or permanently lost positions of power, while others - favoured Red Guard leaders and assorted opportunists - were elevated into the nomenklatura. The numerous antiques that Red Guards confiscated from well-to-do homes ended up not in public museums and art galleries but in storerooms where army generals and their wives took their pick -- as did Kang Sheng, himself a keen collector (John Byron and Robert Pack, The Claws of the Dragon).

Styles of capital accumulation
What then were the real policy differences between Mao and the "capitalist roaders"?

Any state capitalist regime must pursue the long-term goal of capital accumulation within the context of great-power competition. In this respect there is no difference between Mao's "Great Leap Forward" (1958-61) and the "Four Modernizations" of the post-Mao period. But there is an important difference in strategy and style of management. Mao, a romantic with a pre-scientific mentality, relied on unrealistically ambitious and consequently disastrous campaigns. Aiming to overtake Britain in steel production, he forced the peasants to neglect agriculture and build small "backyard" furnaces that produced junk, plunging the country into history's greatest famine. The "capitalist roaders" wanted a more rational, steady and sustained strategy for the accumulation of national capital. Mao's idiosyncratic impulses kept on messing things up for them.

What did Maoism mean for ordinary people? Some of Mao's policies may have been of benefit - for example, the (now defunct) "barefoot doctor" program that attempted to make basic medical care available to the rural population. On balance, however, the modest positive impact of such policies was surely outweighed by all the suffering, repression, waste and disruption for which Mao was responsible. 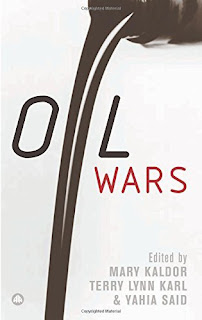