The thoughts of Premier Brown (thirty years ago) (2008) 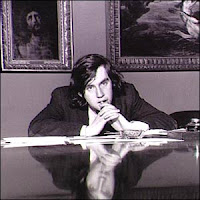 From the January 2008 issue of the Socialist Standard

In 1975 Gordon Brown edited The Red Paper on Scotland, a collection of articles by leftwing Labour activists. He wrote the introduction (“The Socialist Challenge”) from which the passages below are taken.

“[T]he basic questions which face the Scotland of the nineteen-eighties remain unasked as well as unanswered: who shall exercise power and control the lives of our people? How can we harness our material resources and social energies to meet the needs of five million people and more? What social structure can guarantee to people the maximum control and self management over the decisions which affect their lives, allowing the planned co-ordination of the use and distribution of resources, in a co-operative community of equals?”

“It is argued that what appear to be contradictory features of Scottish life today—militancy and apathy, cynicism and a thirst for change—can best be understood as working people's frustration with and refusal to accept powerlessness and lack of control over blind social forces which determine their lives. It is a disenchantment which underlines an untapped potential for co-operative action upon which we must build.”

“[T]he discontent is a measure of the failure of both Scottish and British socialists to advance far and fast enough in shifting the balance of wealth and power to working people and in raising people's awareness—especially outside the central belt of Scotland in areas where inequalities are greater—about the co-operative possibilities for modern society.”

“[T]he question is not one of structures not of territorial influence, but of democracy — how working people in Scotland can increase the control they have over the decisions which shape their lives and the wealth they alone produce — and in doing so aid the struggle for a shift of power to working people elsewhere.”

“If the prospects for the least fortunate are to be as great as they can be, then they must have the final say—and that requires a massive and irreversible shift of power to working people, a framework of free universal welfare services controlled by the people who use them.”

“But socialism will have to be won also at the point of production—the production of needs, ideas and particularly of goods and services. And that demands ending the power of a minority through ownership and control to direct the energies of all other members of our society.”

“[T]he experience of the sixties shows that the market can no longer be seen as the efficient allocator of resources and indeed that the productive forces within our economy have outstripped the capacity of the market.”

“The more automation there is, the greater is the need to deal with the social consequences by increased public expenditure; yet the more the government raises in taxation, the more urgent is the need for more automation. Thus, increasingly, the private control of industry has become a hindrance to the further unfolding of the social forces of production. Consequently, Michael Barratt Brown has convincingly argued that increased state intervention in social and economic affairs implies that it is no longer realistic to envisage a socialist commodity exchange market in a transition from capitalism to socialism . . .”

“What has often been cited as an irresoluble clash in socialist theory between regulating material production according to human needs and the principle of eliminating the exploitative domination of man over man can only be met through producers controlling the organisation of the production process.”

“Gramsci's relevance to Scotland today is in his emphasis that in a society which is both mature and complex, where the total social and economic processes are geared to maintaining the production of goods and services (and the reproduction of the conditions of production), then the transition to socialism must be made by the majority of people themselves and a socialist society must be created within the womb of existing society and prefigured in the movements for democracy at the grass roots. Socialists must neither place their faith in an Armageddon of capitalist collapse nor in nationalisation alone. For if the Jacobin notion of a vanguard making revolution on behalf of working people relates to a backward society (and prefigures an authoritarian and bureaucratic state), then the complexity of modern society requires a far reaching movement of people and ideas, acting as a stimulus for people to see beyond the immediacy and fragmentation of their existing conditions and as a co-ordinator for the assertion of social priorities by people at a community level and control by producers at an industrial level. In such a way political power will become a synthesis of—not a substitute for—community and industrial life. This requires from the Labour Movement in Scotland today a positive commitment to creating a socialist society, a coherent strategy with rhythm and modality to each reform to cancel the logic of capitalism and a programme of immediate aims which leads out of one social order into another. Such a social reorganization—a phased extension of public control under workers' self-management and the prioritising of social needs set by the communities themselves—if sustained and enlarged, would in E.P. Thompson's words lead to ‘a crisis not of despair and disintegration but a crisis in which the necessity for a peaceful revolutionary transition to an alternative socialist logic became daily more evident.’”

Pretty radical-sounding stuff. We can’t go so far to say that he was a socialist, but he did employ the language of socialism, talking in terms of “ending the power of a minority through ownership and control to direct the energies of all the other members of our society”, of “eliminating the exploitative domination of man by man”, of “the producers controlling the organisation of the production process”, of “the wealth that they [working people] alone produce”, of “workers’ power”, and that “the market can no longer be seen as the efficient allocator of resources” as well as the solution as lying in the establishment of “a co-operative community of equals”.

His present views, as Chief Executive Officer of British Capitalism PLC, are far, far from those expressed here. But the question is: is this is a personal failing of an individual who has betrayed their earlier views or a predictable consequence of the views outlined in the last extract?

In that extract Brown outlined a gradualist strategy for getting from capitalism to what he called socialism, a series of reforms “to cancel the logic of capitalism” and “a programme of immediate aims which lead out of one social order into another”. That was the original aim, many years ago, of those in the Labour Party who wanted to do more than just trying to tackle immediate problems as they arise, as any government has to. But instead of the various Labour governments – since the first one under Ramsay MacDonald in 1924 until the last but one under Callaghan voted out in 1979 – taking measures to cancel the logic of capitalism, they were obliged by economic and political circumstances to apply the logic of capitalism. Which involved giving priority to profits and profit-making and taking various anti-worker measures in pursuit of this aim (wage freezes, strike-breaking, anti-union laws, benefit cuts). Having no mandate to do anything else but govern capitalism, they had do this, inevitably on capitalism’s terms. Gradualism didn’t, doesn’t and can’t work.

In the end the Labour Party itself came to embrace the logic of capitalism and to drop all pretence of trying to replace capitalism with some other social arrangement. Under Blair, and with the full support of Gordon Brown, Labour became the open supporter of the market economy and capitalist economic system that everyone today can see it is.

There will also have been an element of opportunism involved. The Labour Party is a party of professional politicians, and one thing professional politicians want is to be able to enjoy the fruits of government office from time to time. Some time after Labour lost the 1992 election Brown must have decided that Labour was unelectable with the sort of programme he had embraced in the 1970s and 80s and that any such talk had to be abandoned if he was ever to become a Minister of the Crown. Which he duly did, but his past is still there to haunt him.
Adam Buick
Posted by Imposs1904 at 5:42 AM No comments: