Between the Lines: Gobbledegook Time (1987) 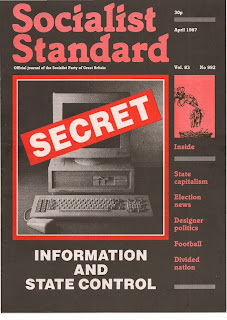 It is hard to understand quite why Question Time (BBC1, Thursdays, 10pm) is so called. It should, if accuracy ever became in fashion at the BBC, be called Non-Answer Time or Evasion Time or Any Cliches or, perhaps, just plain Idiots' Hour. The format of Question Time well reflects all that is undemocratic in capitalist politics. At the front sit an invited team of "experts", all accomplished in various ways in screwing up workers' lives. The night I watched (5 March) there was Baker for the Tories, Clwyd for Labour, Carlisle for the Liberals and a journalist whose name I was not only unaware of before the programme but cannot recall a week after it.

The role of the team is to answer "questions" posed by the invited audience. The questions are selected in advance by the producer, so what is really happening is that instead of a presenter asking BBC questions to a panel of speakers the BBC is choosing the questions which the presenter would have asked anyway and allowing them to be posed by an unpaid audience whose function is to ask, not answer. The presenter  of the programme is the self-important Robin Day, a man whose pomposity is only exceeded by his stupidity.

A few years ago The Socialist Party received some tickets for Question Time and a group went along. The programme is recorded an hour in advance, so any serious dissident comment can be edited out. One of us got in a question about war which was then consumed and twisted and evaded and played with by the experts. Later in the programme the panel had reached the dizzy excitement of discussing Britain's membership of the Common Market -  arguably one of the dullest issues in twentieth century history.

Now, members of the audience are allowed to make short one - or two-line comments after the founts of wisdom at the front have had their say and on this occasion the microphone landed in front of one of our members. "I'm not in favour of the Common Market. I'm in favour of abolishing all markets" said the socialist while Day scratched his head. Abolishing all markets? This was too much of a question for Question Time to contemplate and away went the microphone as Day pointed to a well-dressed fellow at the back who looked like he could be relied upon to get us back on to the straight and narrow. Tough luck, BBC, for it was another member of The Socialist Party who got in some first-class socialist points before the microphone danced away, taking with it the chance to address millions of viewers. Back to the panel went the sound and vision: normal service had been resumed.

So what is this freedom of speech which capitalism takes such pride in? The freedom of capitalism's defenders to monopolise the means of mass communication while the advocate of the socialist alternative is given the sacred constitutional liberty to stand on a platform in Hyde Park and address those who have not been persuaded by the media that the case for socialism is not worth stopping to hear.

The Saturday-night series on Channel Four, Pioneers of Socialism, was a study in failure. It told the story of four Scottish reformers - Ramsay MacDonald (Labour leader who later joined forces with the Tories), Keir Hardie (who, despite the myth in the programme that he opposed the First World War, actually offered support to recruiting workers for the army), Jimmy Maxton ( who built a career out of promising workers reforms of the wages system which were never and could never be realised) and John Maclean (whose perceptions about capitalism were swamped in 1917 by the illusions of Leninism).

Apart from the enduring historical legend about Hardie opposing the 1914-18 world war, the programmes were well-researched and made clear just how much more the pioneers of the Labour Party understood about the capitalist system than do the pathetic Kinnocks, Hattersleys and Healeys of our time. At least the men who set out to form the Labour Party thought that something vaguely radical needed to be done, even if their vagueness overcame their radicalism. But they were reformists and the great failure of this century has been the reformist claim that capitalism could somehow be humanised from the point of view of the working-class majority.

If these "pioneers" returned today what might they conclude? After well over half a century of reforms supported by their party and seven Labour governments the working class has not had even a taste of socialism. But back in the days when these "pioneers" were active there were some other pioneers, the men and women of the working class who formed The Socialist Party of Great Britain in 1904 - two years before the Labour Party was formed.

Like those other pioneers before them, Marx and Engels, the early members of The Socialist Party  were young people in a hurry, certain that the awakening of their class to the need for emancipation from wage slavery was not far off. Socialists today are still in a hurry, still pioneering new and better ways to win our class to a recognition of what needs doing. It is a pity that our efforts are obstructed, not helped, by those who stand in the tradition of those bogus Pioneers of Socialism remembered on our TV screens.
Steve Coleman 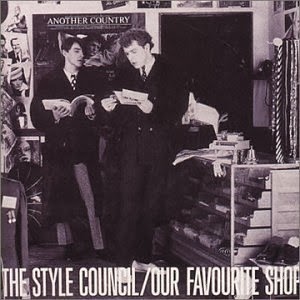 Album Review from the January 1986 issue of the Socialist Standard

Our Favourite Shop (The Style Council)

The latest long player from the Style Council is of interest because of its political lyrics and poignant social comment. Themes on the album include the break-up of pit communities, the rise of new towns, the coercive force of the state, and youth training schemes. It is Paul Weller, the chief lyricist, who is responsible for placing some of the tragedies of capitalism on vinyl.

The political stance of the album is foreshadowed in the opening track Homebreakers, which describes the power of capital to break up human relationships. It tells the story of a family whose father is made redundant and whose sons are forced to move away to look for work. The next song, All Gone Away, tells of the situation in many mining communities after the strike. Businesses shut down and move out, leaving unemployment in their wake. For the owning class, however, the situation is different:

But somewhere the party never ends,


And greedy hands rub together again,


Shipping out the profits they've stolen.

In Come to Milton Keynes Weller attacks the idea of creating a rootless new town in the countryside and then trying to sell it to businessmen and employers. In the next track Internationalists, Weller puts down nationalism, racism, and the so called need for leaders, ending with a powerful verse:

If you see the mistake in having bosses at all,


You will also see how they all must fall,


For under this system there is no such thing


As democracy, our leaders would have us sing,
No time for lies now as only truth must persist,
Rise up now and declare yourself - an internationalist!

My personal favourite on the album is The Lodgers which is a resounding attack on the idea that the top can be reached by hard graft:

There's only room for those the same,


Those who play the leeches' game


It's all thrown on end, the lies come free,


And you can be all that they want you to be
There's room on top - if you dig in low,
And the idea is what they reap you sow.

Appropriately, Weller ends the album with a call to working class unity:

When are you going to get to realise,


The class war's real and not mythologised?

The misguidedness of Weller's personal political activity should not be overlooked however. Instead of working for the abolition of capitalism he in practice campaigns for the Labour Party and its programme of reforming capitalism. The Style Council have appeared at concerts with other singers, such as Billy Bragg, to raise money for reformist causes and to try to popularise the Labour Party among young people. Labour governments have always failed to solve problems such as unemployment, war, poor housing, racialism and pollution. Time after time their promises at elections have been shown to be hollow slogans to get their politicians into power. By supporting the Labour Party Weller actually damages the socialist cause. It is not the people at the top of the structure that need to be get rid of, but rather the structure itself.
Gareth Thomas
Posted by Imposs1904 at 9:09 AM No comments: