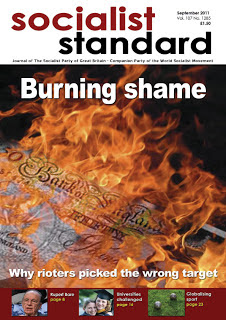 “Debt being the problem, creating more debt can’t solve it” was the title of a recent thread on the Zeitgeist global forum. Given all the fuss in the media about government debts (or “sovereign debt”), this is not surprising, but it is not debt that is the problem. Government debt is a symptom of the problem.

Government’s borrow money to cover the gap between what they spend and what they raise as taxes (the budget deficit). Like all borrowers, governments anticipate being able to repay their debts with interest out of future income, in their case, future tax revenue. Most taxes fall, in the end, on the new value created in production, and either taken directly as taxes on profits or indirectly as sales taxes and taxes on personal income.

Since the current slump broke out in 2008 new production has fallen and is nowhere near the level it was before, so putting governments in difficulty, some more than others. The anticipated income as tax revenue to repay their loans has not materialised. The current sovereign debt problem is thus a direct consequence of the continuing slump.

Governments typically borrow by issuing bonds for sale at a given face value and fixed rate of interest, repayable in a given period of time which can be as short as a month or as long as 30 years or more, say £100 at 5 percent interest per annum. Once taken up, the bonds become tradable and are bought and sold. The price at which they are traded is determined by the laws of supply and demand, not by their face value, but the amount of interest remains the same.

If, as has happened to Greek, Irish, Portuguese and now Spanish and Italian bonds, those wanting to sell (supply) exceed those wanting to buy (demand) then their price falls. If it falls, say to £90, the government still has to pay the same amount of interest on them (in this case £5). The ratio between this amount and the bond’s price is known as their “yield”. In our example it would be 5/90 or 5.55 percent. In other words, the rate of interest will have risen from 5 to 5.55 percent and this will be the rate the government will have to offer on future bond issues. Which presents a problem when the loans come up for renewal, as they continually do.

The governments of the Eurozone countries and the European Central Bank are not trying to solve the sovereign debt crisis of some of their members by creating more debt. They are trying to reduce the likelihood of the holders of these debts (amongst them leading European banks including some in Britain) not getting all their money back. This is why they are pressing the governments affected to reduce their budget deficit by reducing their spending, i.e. by imposing austerity. They have also come up with various schemes to keep interest rates on these governments’ bonds down as interest payments on them are part of government spending.

What all this confirms is that interest is secondary to profit. Debt and the interest on it is not the root problem. Interest is a share in the surplus value created in production. If not so much surplus value is being created – and a slump is precisely a drop in production including of surplus value – then there is less available to pay interest, either directly by businesses or indirectly via governments.

Creating more debt is indeed not the solution. But neither is creating less debt. If capital accumulation resumed and reached previous levels, there would be no further talk of a “debt crisis” as international investors would be assured that the surplus value would be there from which the interest on their loans and investments could be paid.

If, on the other hand, capital accumulation does not resume quickly enough, as some are beginning to fear, then the investors may well lose some of their investments. But it won’t be the result of too much debt but of too little profit.
Posted by Imposs1904 at 12:29 AM No comments: