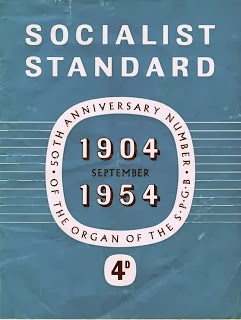 "I am told that people say I bawl. Well, I allow it, I do bawl and I will bawl." So said a famous tubthumper of two hundred years ago, and in various tones, for various causes, they—we—have been bawling ever since.

Rhetoric under the sky is the oldest, most powerful form of persuasion. It was done in the agora, the market place that was the centre of social and political life in a Greek city. Petronius heckled an orator in Nero's Rome—"by a set of dribbling witticisms you found you could make audiences titter"—on his way to the bawdyhouse. In mediæval England John Ball stood on hillsides demanding freedom and justice for the poor. In Shakespeare's day news, scandal and sedition were put into ballads and sung in the markets, and old Saint Paul's was "the market of young lecturers, whom you may cheapen here at all rates and sizes"; Mark Antony—and his audience—had their prototypes. Through the centuries that followed, in the squares and open spaces they cried salvation and the rights of man—the revivalists, the Chartists and the rest.

The Socialist Party was founded when open-air meetings had never been more copious, when the sects and parties vied with one another in the streets for the attention of the working class. Different conditions engender different approaches. There was more rhetoric in those days—to the modern mind more "ham" perhaps, but it was necessary. The slick, confidence-making political speech belonged to the wireless-telegraph future. Aspiring speakers, practising declamation, tried "The Charge of the Light Brigade", "Men of England" and "The Bells" on one another.

Politically conscious people were more theory-conscious that they are to-day. Marx and Engels were not long dead, Kautsky, Luxemburg and Plechanov in their prime; Bernstein's revisionism and the Fabian Essays were argued fiercely. Socialist speakers had to know their theory and know it well. Many of them learned by heart what were considered key passages of important works: sections of The Communist Manifesto, the statement of historical materialism from The Critique of Political Economy, pages of Capital, of Darwin, Spencer and No Compromise, and bits of Shakespeare too. It was a fine thing to support the analysis of capitalism with

If the politicos were more learned, the others made up for it. A speaker too vigorous in attacking the prejudices of a prejudiced audience was asking to be thrown in a horse-trough, and not uncommonly he was. Robert Tressell describes the reception of a "Clarion" van by the ragged-trousered philanthropists of Hastings:


"The man on the platform was still trying to make himself heard, but without success. The strangers who had come with the van and the little group of local socialists, who had forced their way close to the platform in front of the would-be speaker, only increased the din by their shouts of appealing to the crowd to 'give the man a fair chance.' This little bodyguard closed round the van as it began to move slowly downhill, but it was completely outnumbered . . . 'We'll give the swines Socialism!' shouted Crass, who was literally foaming at the mouth."

On most platforms, feeling carried the day. The Liberals and Tories could raise cheers with reference to the Empire and the Flag; the worst accusation against a policy was "it will ruin the country". Emotion was not altogether disfavoured by Socialists. Words like "traitor" carried a great deal; labour leaders were invariably called "Labour bleeders" or "fakirs", and there was even a Party song called "The World for the Workers".

The platform manner changed after the first war, at the same time as urban growth and road traffic began to eliminate meeting-places. The radio and the pictures arrived, and speakers had to compete with them. Some of the smaller parties were swallowed by the Labour and Communist Parties, so that theoretical argument gave place to "practical policies" and calls for "action now." In the 'thirties a new sort of political meeting appeared, with the speaker surrounded by microphones and no questions allowed. The rhetorical tradition of Parliament, too, suffered a blow when Labour came to power with Cabinet Ministers who were without oral grace; Gladstone, Balfour and their contemporaries could often be taken down verbatim to read as excellent prose.

Today audiences are more tolerant (and more knowledgeable too) and speakers, on the whole, more urbane and more discursive. Perhaps there are more wisecracks and fewer long quotations, because our age prefers the former as a condiment to learning. One tradition which the Party has always maintained is that of giving the platform to opposition. Other parties don't do it; the Socialist Party, which has everything to gain and nothing to fear from open discussion, never refuses, and many a truculent opponent has deflated himself trying to present a case against Socialism under the Socialist Party's own auspices.

The industriousness of Party speakers has always been remarkable. Before the first war, two dozen of them held something like a hundred and thirty open-air meetings a month in London alone. The numbers were similar in 1939, and today the meetings still are a vital part of the Party's propaganda. Debates, too: Liberals, Labour, Tories, Communists, pacifists, fascists, parsons, anarchists—all of them have had their petty panaceas atomized by Socialist speakers. Several debates were published as pamphlets, and they are remarkable examples of the Party's case in action.

Fifty years' speaking for Socialism—fifty years of writing for it, as well. The Socialist Standard is unique. It has never known a paid journalist; its writers and editors have been bricklayers, clerks, housewives, busmen—all sorts and conditions of working people in their spare time. The first page of the first issue said:


"In the Socialist Party of Great Britain we are all members of the working class, and cannot hope that our articles will always be finely phrased, but we shall endeavour to lay before you on every occasion a sane and sound pronouncement on all matters affecting the welfare of the working class. What we lack in refinement of style we shall make good by the depth of our sincerity and by the truth of our principles."

The Standard was too hard-hitting to have such refinement, and there was little room for fine phrases in Fitzgerald's relentless logic or the rumbustious onslaughts of Jacomb. Euphemism was scorned, and the contributors said just what they meant. When the Manchester Guardian slighted the Party, a Standard headline called it the "Liberal skunk press"; Lloyd George was a liar. Asquith an assassin, and their confreres hypocrites, frauds and political prostitutes. It seems that surprising that the Party was sued for libel only once.

The style of the Standard then, as now, owed to two principal sources: the sociological textbooks of the time, and popular journalism. From the latter it drew a peculiar Joe Miller waggishness that was part of the stock-in-trade of successful newspaper columnists, easier to exemplify than describe. Thus, the Editorial Committee apologizing for a writer who had not made himself clear to a correspondent: "He developed what he calls his style by studying a burr-walnut piano case in foggy weather". A debate with a suffragette was irresistible, and its report was resplendent with quips about "ye gallant knight Anderson" and "the poor girl". Perhaps the acme of this sort of wit was with a highly dramatic poem which had the refrain:


"Go! reckon your dead by your forges red,
And in factories where we spin;
If blood be the price of your cursed wealth,
By Christ! we have paid in full".

The poem was called "Gawd Struth We Have."

The writers on economics, socialist theory and political issues put forth their subject-matter lucidly and without frills or ambiguities; style which came naturally through close acquaintance with Engels, Kautsky, Plechanov and the other classical exponents of Marxism. The popularization of academic and technical subjects influenced later writers, and is still doing so—"science for the citizen" has made its mark. Just as on the platform, the people addressed are more widely informed and less concerned with theoretical questions. That does not mean, however, that the modern writer—or speaker—may neglect theory; it means that he must apply it more widely in a world with wider horizons.

And so it goes on; the business of persuading people to think straight, because that is what the Socialist wants. Words are our weapons. Words, words, words . . .