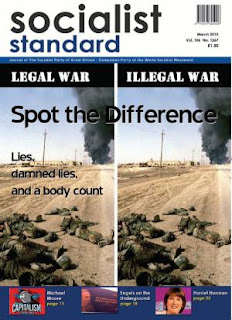 As the snowdrops and daffodils signal an approaching spring – and another general election – anyone who has doubts about the government being in a panic should remind themselves that one of Labour's top electoral strategists, plotting to steer the party to another term of chaotic fumbling across the face of British capitalism, is Harriet Harman. Yes – she who alone survives of those breezy, achingly ambitious Blair Babes who so cheerily arranged themselves for the cameras on that May morning in 1997 when nothing seemed beyond them. There were Margaret Beckett; Ruth Kelly; Patricia Hewitt; Hazel Blears; Caroline Flint...but none of them hung on to a place near the top of the greasy pole. Only Harriet Harman, whose very name once had John Prescott displaying his stock of seaman's expletives like flags at a ship's mast, got there. Notwithstanding that while declaring herself an opponent of selective education she took care to get her son into an exclusive grammar school some way from her home saying that “we did it for our son.” Or that she voted in February and March 2003 in favour of attacking Iraq but feebly excused this, when she was campaigning for Labour's Deputy Leadership in June 2007, as due to her not being in possession of the full facts.

Meanwhile, apart from now being Deputy Leader and Chair of the Labour Party, Lord Privy Seal, Leader of the House of Commons and Minister for Women and Equality, Harriet Harman has taken on the monstrously demanding job of trying to dissuade a betrayed electorate from descending into a sense of outraged alienation and political apathy. But perhaps all of this has followed because, reacting to what has befallen her, Harman has become a survivor. In 1998 it seemed to be all over for her when, after just a year in charge at the Department of Social Security – notable for persistent clashes with junior minister Frank Field over Labour's plans to “reform” the “welfare” system – she was abruptly sacked. Yet three years later she bounced back as Solicitor General since when, if we disregard some typically indiscreet gaffes, her progress has been pretty – although at times bewilderingly - smooth. Which is not to say there may not be trouble ahead; Labour has decided that the class system is a likely vote winning issue in the election and Equality Minister Harman has been chosen to spearhead their campaign.

This was an interesting choice, if only because of her secure family background and social connections – apart from anything else she is the niece of an earl and (according to an “amateur genealogist”) related through her aunt's marriage to none other than Old Etonian David Cameron. Harman has done her best to re-assure us on this matter, arguing inside the Labour Party against an all-male leadership on the grounds that men “cannot be left to run things on their own” and suggesting that in the next parliament there should be 39 openly gay MPs. More significant are her views on class society, its nature and effects: “Persistent inequality of socio-economic status – of class – overarches the discrimination or disadvantage from your gender, race or disability...The public wants an equal society, one where there is not a yawning and growing gap between the bottom and the top”. While the first part of this statement is valid enough it avoids the question of how “the public” views class society and how susceptible they are to the argument, tirelessly pumped at them by their leaders, that it is the very inequality in the class structure, protective and enhancing, that drives capitalist society to the benefit of everyone whatever their class. This all avoids the vital question of why this Minister with the job of adjusting us into an “equal” society is a member of a government which over 13 years of power has failed to deal with this “overarching” problem – and why it should suddenly be so urgent.

There has been no lack of promises, explicit or otherwise, from the Labour government since 1997 but let the most recent, in their 2005 election manifesto, suffice: “Our vision is clear; a country more equal in its opportunities, more secure in its communities, more confident in its future”.That drivel would have impressed only the most impenetrably blinkered; the rest would have preferred to rely on their real experiences of Blair and his government. There is plenty of evidence about this, the most recent being the National Equality Panel report An Anatomy of Economic Inequality in the UK. Among the report's findings are: the richest ten per cent are more than 100 times as wealthy as the poorest; the top one per cent each possess a total household wealth of £2.6 million or more; being born into a disadvantaged class does intensive damage to a person's chances in education and beyond, affecting whether they realise their potential and so improve their life chances. At the same time Save the Children told us that 13 per cent of UK children are living in severe poverty.

When politicians like Harman hold forth on this situation they offer only confusion, encouraging an assumption that a person's social situation and prospects can only be judged by reference to insignificant changes in their income. But this does not even approach the heart of the matter, the key to which is the ownership of the means of life by a minority class who live off their privileges while the other class depend on employment with all that means in terms of class misery – insecurity in their livelihood, homes, survival and expectations. This is the authentic meaning of class society and of the inequalities which will endure despite the politicians' rhetoric.

Weekly Bulletin of The Socialist Party of Great Britain 137

Welcome to the 137th of our weekly bulletins to keep you informed of changes at Socialist Party of Great Britain @ MySpace.

"The rich require an abundant supply of the poor."
Voltaire.

Here is a book with contributions from twenty or so well-known writers, economists, politicians, activists and professors; inspiration for readers who seek to be part of a 'fairer world’. In one way or another all the contributors succeed in pointing out major flaws in the capitalist system and all have their ideas on how many things could be improved to work better for more people. Recurring themes include restructuring the tax system, transparency in the tax system, putting an end to corporate tax dodging, closing tax havens, prosecution of the guilty, cancellation of Third World debt, protection of the environment, reducing inequalities, investing in sustainability. I don't recall an example of a call for a non-capitalist alternative, just adjustments although some of them quite major.

A former derivatives trader possibly overcome by guilt or remorse reveals the predator/prey relationships in banks and finance companies. 'Replacing the interest-based money system is the critical struggle of our time. It is not a system we can reform. We must simply defeat it because if we don't it will defeat us.' How it will be possible to defeat the interest-based money system is left open to conjecture but as he reveals in his article no-one was interested in taking up his new 'debt-free' home finance product because debt expansion is more profitable than debt reduction. He is listed as a financial adviser.

Other suggestions are to regulate and control, to put social services back into the hands of communities, away from the market, to use local currencies, to expand the commons and to share the common wealth. The closest we get to a socialist alternative comes from Nicola Bullard, an Australian researcher, campaigner and writer with 'Focus on the Global South' who reminds us that Marxists (and some others) agree that capitalism destroys nature and alienates society but that the main objective of the G20 is to put it back on its feet again after the recent 'crisis’. Her way forward is three-fold: expand the common good by decommodifying goods and expanding open-source; cool the planet by using appropriate agricultural methods, and share the common wealth – meaning a fairer sharing of profit between labour and capital, tax reforms etc. She ends by proposing that it should be possible for all to live in a system of economic production and consumption where the commons is for all and wealth is shared by all but owned by none.The chapter 'Equality is better – for Everyone', written by Richard Wilkinson of the University of Nottingham Medical School and University College London and Kate Pickett of the University of York and the National Institute for Health Research and taken as an edited extract from their book The Spirit Level: Why More Equal Societies Almost Always Do Better is interesting in its focus on various measures of well-being. What they show is that the wider the difference in monetary terms between rich and poor in any society, the greater are the problems within those societies, from rates of mental illness, teenage birth rates, prison populations, distrust of others within society, life expectancy and murder rates, which confirms that socialism (a more equal society will not be found) should be hastened and welcomed by all.

The final three chapters focus on climate change but again largely promote regulation and reform and the final paragraph of the final chapter pretty much sums up the tone of the book, 'The current movement…is an opportunity to be ambitious, to challenge the central precepts of the capitalist system at its roots and replace it with a new set of economic power relations founded on principles of justice, redistribution and collaboration' – as if to say that money can be retained but a new system can be organised around it without the negative aspects that now abound.

There are plenty of optimistic suggestions but you would have to believe that those who currently have the power – corporations, the mega-wealthy and their media and puppets in governments – are actually seeking such a wide-ranging, inclusive solution for it to have any possible chance of success. If this were the case then they would surely have already been working towards it.