Malawi: Children of the Tobacco Fields (2009) 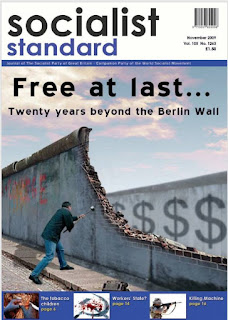 We all know that tobacco harms those who smoke it. Few are aware of the damage it does to those who pick and process it.

The “children’s organisation” Plan International recently issued a report about children in Malawi, some as young as five, who toil up to twelve hours in the tobacco fields for an average daily wage of 11p. (Hard Work, long hours and little pay).

The finding that has attracted most attention is that these children are being poisoned by the nicotine “juice” they absorb through the skin – and also ingest, as they have no chance to wash hands before eating. Many of the ailments that plague them -- headaches, abdominal and chest pain, nausea, breathlessness, dizziness – are symptoms of Green Tobacco Sickness.

But much of their suffering has nothing to do with nicotine. All have blisters on their hands. All have pains – in the shoulders, neck, back, knees – caused by overexertion of their immature muscles. About a third of the children are coughing blood, which suggests TB.

Many of the children examined had been beaten, kicked or otherwise physically abused by estate owners or supervisors. Many of the girls had been raped by them. One boy had deep knee wounds as a result of being made to walk across a stony field on his knees as punishment for “laziness”.

Who owns the estates?
Who are these estate owners? Commercial tobacco farming in Malawi began late in the 19th century, when it was the British colony of Nyasaland. White settlers seized much of the best arable land for plantations of tea, coffee, tung trees (for their oil, used as a wood finisher) and – mostly -- tobacco. Even today the majority of owners of large estates are descendants of the colonial settlers, although now there are also black owners.

In 1948 some tung and tobacco plantations (estates) were taken over by the Colonial Development Corporation, funded mainly by the British Treasury. After Malawi gained formal independence in 1964, these came under state ownership. Later they were reprivatised. Another recent change is the direct acquisition of some estates by international tobacco companies.

The estates were established on land stolen from traditional peasant communities. The process began in colonial times but continued even after independence, under the Banda regime. Land theft impoverishes local communities and compels those worst affected to offer themselves – or their children! – to the estate owners as wage slaves.

Tobacco is also grown on many small family farms. Here too, children work and suck in nicotine juice, alongside their parents.

The tobacco cartel
Malawi’s tobacco market is dominated – through subsidiaries -- by two international corporations, Universal Corporation and Alliance One International. These corporations operate a cartel, refusing to compete and colluding to keep tobacco purchase prices low. This in turn intensifies the pressure on farm owners to minimise costs by exploiting cheap or free child labour – a practice that the corporations hypocritically claim to oppose.

Representatives of the corporations sit on several committees that advise the government of Malawi on economic policy. By this means they ensure that their interests are served and block any initiatives to diversify the economy and reduce the country’s dependence on tobacco.

The main reason why child labour is so prevalent in Malawian agriculture is the poverty – in particular, land hunger -- of most of the rural population. This reflects not any absolute shortage of land but rather the highly skewed pattern of land ownership. Large tracts of land lie fallow on the big estates.

A pathetic contrast
How does Plan International propose to help the children on the tobacco farms?
Well, it will “educate farm owners and supervisors” and persuade them to provide the children with protective clothing. Taking the tobacco companies’ PR at face value, it will urge them to “scrutinise their suppliers more closely”. It will not, however, support a ban on children picking tobacco because that is “unrealistic” – as indeed it is if you refuse to challenge underlying social conditions.

But what a pathetic contrast such “realism” makes with Plan International’s “vision” of “a world in which all children realise their full potential in societies that respect people’s rights and dignity”!

Environmental degradation
Besides ruining people’s health, tobacco degrades the environment. The tobacco monoculture that dominates much of Malawi depletes the soil of nutrients. It also causes extensive deforestation, as trees are felled to provide firewood for curing the tobacco leaves, and this in turn further erodes the soil. Water sources are contaminated. After over a century of tobacco cultivation, all these processes are already far advanced. (For fuller analysis, see the chapter by Geist, Otanez and Kapito in Andrew Millington and Wendy Jepson, eds. Land Change Science in the Tropics: Changing Agricultural Landscapes, Springer 2008.)

Tobacco in socialist society?
Will tobacco be grown in socialist society? On a small scale, possibly, by addicts for their own use. But it’s hard to imagine socialist society making planned provision, within the framework of democratic decision-making, for tobacco production. People aware of all the harm caused by tobacco will surely prefer to halt cultivation of this noxious weed. They will seek to restore soil fertility, reverse deforestation and enhance local food supply.
Even if, for the sake of argument, we suppose that the decision is made to continue producing tobacco, will it be implemented? Will the free people of socialist society, no longer spurred on by economic necessity, voluntarily poison themselves just to feed others’ addictions?
Stefan


The campaign to win the young to war has come a long way from the ‘Your Country Needs You’ poster with the pointing finger of Kitchener used in the ‘First Great War’.