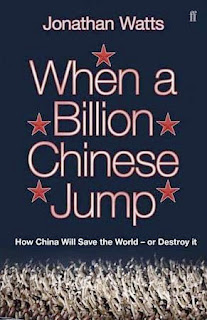 Book Review from the February 2012 issue of the Socialist Standard

When a Billion Chinese Jump by Jonathan Watts, Faber and Faber, £9.99

Don’t judge a book by its cover – or by its title. This is actually a well-researched investigation of the environmental crisis in China based on visits to many different parts of the country.

Western companies have outsourced a great deal of manufacturing to China, from iPods to shoes and toys. In addition, a lot of waste from production in the West is sent to China: ‘It was cheaper to send a container of waste from London to Guangdong on an otherwise empty ship than it was to truck it to Manchester.’Computers and mobile phones (e-garbage) are transported to China, and dangerous chemicals extracted from them.

One town, Qiaotouin Zhejiang province, has become the world centre of zip and button production. Making zips islabour-intensive and requires relatively little by way of capital investment, but, at least when practiced without proper environmental controls, it is highly polluting, and on some days flakes of white plastic fill the Qiaotou air.

It is fairly well known that working as a coal miner in China is extremely dangerous, with a death rate pertonnemined thirty times that in the US. This is partly because the economy depends greatly on coal for almost 70 percent of its energy needs. Hydroelectric plants may be cleaner in theory, but they tend to attract dirty factories in their vicinity and coal-fired power stations, too, which provide electricity in the dry season, something dams cannot do. President Hu Jintao is a hydro engineer, and the company he used to work for is now the world’s biggest dam-building corporation.

It is not just a matter of dirty industries being moved from the West to Japan and Taiwan and then to China, for within China they are increasingly being shifted from the coastal areas to more remote inland provinces where environmental regulations are even laxer and local politicians are keen on ‘development’at almost any cost.

It’s little wonder that even other capitalist countries are becoming concerned at China’s record on the environment: it contributes massively to polluting the globe and enables Chinese capitalists to undercut many Western companies.
Paul Bennett
Posted by Imposs1904 at 11:12 AM No comments: 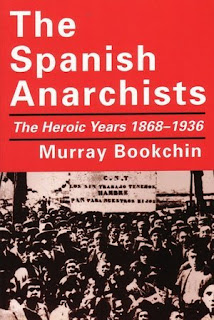