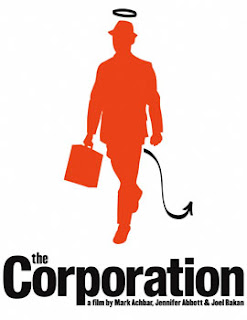 It is likely that a lot of people would be noticeably happier if Gordon Brown would stop smiling. Those startling, carefully orchestrated facial arrangements – inflicted on soldiers in Afghanistan looking after the oil supply lines, on Olympic athletes calculating how much their status as gold medalists will be worth when they get back home, on bewildered parents taking their offspring for a quite sea-front stroll in Southwold – are not a pretty sight and convince nobody that the Prime Minister is relaxed and happy with his ability to grapple British capitalism out of its present crisis. Less disturbing would be the funereal countenance recently so characteristic of him.

To take the question further – what is there for Gordon Brown to smile about? Among the “experts” who expect to be trusted to correctly prescribe remedies for the ills of capitalism, there is general agreement that the situation can only get worse and that we are about to be overwhelmed by a slump. A couple of months ago no less a person than the governor of the Bank of England warned us that “The nice years of the 60s are over” – an assessment which would have impressed only those whose memories of those years – the boom and slump economy, the Cuba missile crisis, the war in Vietnam – are anything but “nice”. More recently Alistair Darling, Brown’s choice to succeed him as Chancellor of the Exchequer rocked the governmental boat when he declared, in an interview with the Guardian, that “The economic times we are facing are arguably the worst they’ve been in 60 years and I think it’s going to be more profound and long-lasting than people thought” and later, bemoaning Labour’s fall out of electoral favour “People are pissed off with us”.

Resilient
Chancellors of the Exchequer are not supposed to be so frank about what goes on in the economy, so that Darling’s comments were open to being dismissed as a “gaffe” – which was in fact an admission that his comments were nearer the truth than Brown’s persistent assertion that the government has so effectively strengthened the British economy that it will weather the storm – unless the voters are so ungrateful that they put in a Tory government to undo all his good work. His government, Brown said, is ”resilient” in the way it is dealing with the present problems (expect to hear more of “resilient” – it has all the hallmarks of a word essential to any Labour Party weasel with ambitions to slither up the greasy pole).

The best that Labour MPs can offer in this appalling situation is to grumble that it is all Brown’s fault; get rid of him, by whatever means, and things will get better. The most recent of these was, notably, the discarded, embittered ex-Home Secretary Charles Clarke. The intellectual contortions required in this come easily to the practised amnesiacs on the Labour benches but we should remember that it is not very long ago that these same representatives of the people were clamourous in their praise of Brown as the greatest Chancellor of the Exchequer in history. This was the leader whose superhuman powers had constructed an economy virtually free of unemployment, with an uninflatable price structure and interest rates so low that thousands were tempted to leap into the void of unaffordable mortgages. Now that those happy delusions have been blown away by cruel reality Labour is turning to the equally bankrupt notion that their party’s salvation lies in ridding itself of Brown. Adjustments like that are effective conditioning to the dishonesty inherent in trying to run British capitalism. The problem is that no leader can be any more successful, can cook the books, deny reality and deceive the voting people, any more effectively.

Miliband
This will not prevent them persisting in their endless search for the unobtainable. And while they do this, each one will harbour, somewhere in their feverish self-assessment, the ambition that they are the ideal leader the party has been waiting for – the one with the insight and the power to succeed where historically everyone else has failed. For their own peace of mind, it must be hoped that these delusions will not endure beyond one or two sleepless nights. David Miliband, possibly enjoying in his abrupt promotion to the heady, if cynically seamy, job of Foreign Secretary, recently let it be known that he is ready to accept the crown. In an article in the Guardian he began in the pose as a fearless confronter of reality – although perhaps unsettling more stubbornly myopic Labour supporters– with the admission that “The odds are against us, no question” but then mollified those he had disturbed with a generous measure of re-assuring platitudes: “Every member of the Labour party carries with them the simple guiding mission on the membership card: to put power, wealth and opportunity in the hands of the many, and not the few” and later he expanded on this platitude with some more “…the challenge to society – to build a genuine sense of belonging and responsibility on the back of greater protection from outside risks and greater control of local issues”. Perhaps, in spite of this, Miliband will succeed to the leadership. But it will not take long for the surge of capitalist society to expose him as just another discredited politician.

This doleful procession of ecstatic expectations followed by rumbling doubts then exposure and rejection, seems to feed on a self-perpetuating energy originating in an apparently limitless capacity for working-class self-deception. There have been many victims of this, of eminent leaders fallen into the dustbin of history. Gordon Brown looks like being only the latest in this dismal line. How long can he keep smiling?
Ivan
Posted by Imposs1904 at 5:18 AM No comments: