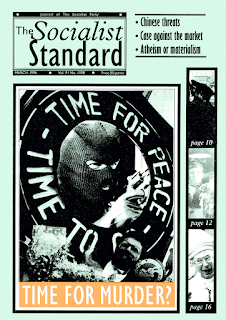 From the March 1996 issue of the Socialist Standard

"The Indonesian Government remains a military dictatorship that has little hesitation in cracking down on political dissent. Military repression in East Timor and harsh clamps on free speech and other civil liberties in Indonesia are anathema to most Australians" (West Australian, 16 December 1995).

Nevertheless, on Monday 18 December 1995, Prime Minister Paul Keating and Defence Minister Robert Ray, together with Senator Evans, flew to Jakarta for the signing, with the Indonesian Foreign Minister Ali Alatas, of the secretly negotiated security pact.

Keating, however, described the deal "as more than a defence agreement" which "tilts Australia into a security arrangement with the world's biggest Muslim country—the first time non-aligned Indonesia has signed such a treaty". Moreover, admitted Keating, it will open high-level consultation between the two countries on regional security that could lead to Australian troops defending Indonesia—and vice versa—if either country was "adversely challenged", although this would not happen automatically. Foreign Minister Senator Gareth Evans said that the security pact "showed that Australia could stand on its own feet and did not need the United States to make big agreements in the region on its behalf".

Oil
For Australia and Indonesia, there are good reason they they should be concerned with common "security interests". As elsewhere, there is the smell of oil. Between Darwin and the island of Timor to the north is the Timor Sea or Timor Gap. West Timor is officially part of Indonesia; East Timor was originally a Portuguese colony, which Indonesia invaded in 1975 and annexed in 1976, but is not recognised as being part of Indonesia by the United Nations. Nevertheless, there is an agreed seabed boundary between Australia and the Republic of Indonesia approximately two-thirds of the distance between northern Australia and southern East and West Timor. In 1989, Australia and Indonesia signed the Timor Oil Gap Treaty which covers oil exploration in 61,000 sq km of the Timor Gap. The area is estimated to hold at least one billion barrels of oil. A small part of the area north of the boundary is Indonesian-controlled; a much larger areas south of the boundary is under joint Australian and Indonesian control, and a somewhat smaller area to the south of it and to the north of Australia, is under exclusive Australian control. The future of East Timor is, therefore, of particular interest to both Indonesia and Australia.

Repression in East Timor
The number of East Timorese killed by the Indonesians is not, and may never be, known. The usually accepted (but not by the Indonesians) figure is 200, 000. A graph in the Western Australian of 30 September 1995, based on official Indonesian and Portuguese statistics, shows the population, in 1970, to be 600,000; in 1973, about 620,000; in 1980, down to around 550,000, and ten years later, about 740,000. It is now about 800, 000 but this would include Indonesians who settled there during the last years or so. According to the West Australian of the same date, there are six to none Indonesian battalions, each of 700 men, occupying East Timor. The East Timor rebels, known as the National Council of Maubere Resistance (CNRM), formed in 1988, is estimated to be no more than 100 to 500.

For the people of East Timor, the past 20 years have been dominated by fear and repression. Indeed, "Almost two decades after the brutal Indonesian invasion, the military regime still relies on terror to maintain its grip on the troubled island province, which is little more than 300km from the Australian coast" (West Australian, 30 September 1995).

Torture has been, and probably still is, widespread, although the Indonesian authorities deny that they torture people. But the physical scars on former inmates, and the consistent accounts from Amnesty International and other human rights groups, tell a different story. Moreover, between September 6 and 11 last year, there were riots and unrest in the capital Dili and other towns of East Timor.

Although most East Timorese are not involved in the struggle for independence, they do not accept Indonesian sovereignty. "Most see complete independence as an unrealistic goal as long as President Suharto and the Indonesian military hold the reigns." (West Australian, 30 September 1995). Furthermore, they realise that neither Australia, or Britain and the United States, are prepared to upset Indonesia's rulers; "a country growing in economic importance". Nevertheless, Australia at least is trying to make sure that no capitalist regime in East Timor comes to power which may upset its stake in possible future oil profits under the waters of the Timor Sea. 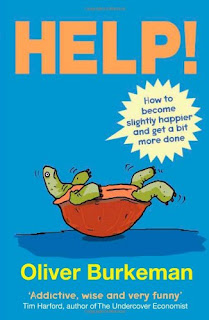 Subtitled ‘How to Become Slightly Happier and Get A Bit More Done’ this is a well written and amusing romp through one of capitalism’s biggest growth industries: self help books and ideas. Readers of The Guardian will know Burkeman as the author of the ironically titled ‘This Column Will Change Your Life’ feature, and here he tackles everything from numerology to leadership systems and Scientology.

Burkeman is an expert spotter of flummery and exaggeration and the world of self-help and personal growth literature has more than its fair share of both:

In truth, a book knocking some of the worst excesses of this genre is easy enough to concoct, but Burkeman has also accessed a good deal of the research to make a case for what does work (usually with modest effect) compared with what manifestly doesn’t. Among the interesting findings are that the act of giving has more lasting, positive psychological effects than receiving, about why Sunday is the most depressing day of the week, and of the reasons why having experiences tends to be more fulfilling than acquiring possessions.

Burkeman is clear that one of the problems with the self-help approach is that it systematically over-estimates individual willpower and under-estimates environmental factors in making us what we are. His book is unlikely to fundamentally change many lives (and thankfully doesn’t promise to) but it manages to be alternately amusing and sobering about what is possible and impossible within the confines of the society we live in.