Weekly Bulletin of The Socialist Party of Great Britain 134

Welcome to the 134th of our weekly bulletins to keep you informed of changes at Socialist Party of Great Britain @ MySpace.

"A philosopher produces ideas, a poet poems, a clergyman sermons, a professor compendia and so on. A criminal produces crimes. If we take a closer look at the connection between this latter branch of production and society as a whole, we shall rid ourselves of many prejudices. The criminal produces not only crimes but also criminal law, and with this also the professor who gives lectures on criminal law and in addition to this the inevitable compendium in which this same professor throws his lectures onto the general market as “commodities”." Marx, Theories of Surplus Value, 1861. 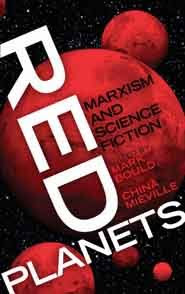 Book Review from the February 2010 issue of the Socialist Standard

Lots of people like science fiction stories, and many SF stories contain elements of Marxist ideas. Thus, the capital notion to educate and inform SF readers everywhere about the true nature and implications of what they're reading.

Sadly, that's not what you get. One quickly learns, in the conflation of science fiction with modernism and in the conflation of modernism with political vanguardism, that this is a collection of essays by and for Leninist academics. Any pretension to a simple, lively and accessible Marxist guide for SF enthusiasts and political ingénues soon goes out the window in favour of a dense and often tedious discourse designed principally to be read, one suspects, by the other contributors. To be sure, there are some good bits, including an interesting history of utopian fiction detailing the birth of science fiction along with industrial capitalism. Curiously though, Aldous Huxley and George Orwell seem to have been airbrushed out of this history, an omission that to a non-Leninist looks a bit fishy.

Making heavy weather of definitions (do we need a whole chapter on whether fantasy is allowed to be called SF?) the writers tell us that SF is not simply a futuristic way of presenting dark realities or bright possibilities. No, it is a 'literature of cognitive estrangement' which has two phases, one inflationary and one deflationary, which are homologous to the two sides of Marxism – 'transcendent vision' versus 'astringent demystification' (p73). Learn this, and parrot at parties.

There are some well-aimed swipes at futurist thinkers who resolutely avoid any political thinking, for example Ray Kurzweil's ideas on the Singularity: "The whole point of Kurzweil's speculation ... is precisely to bring us to utopia without incurring the inconvenience of having to question our current social and economic arrangements" (p106). And they have issues with how the class struggle tends to be subsumed by aesthetic navel-gazing: "As actual, lived communism recedes into the past (only a Leninist could possibly write that!) it is tempting to read this shift from revolution to art as part of a retreat from real-world politics" (p201). The trouble is, this book reads like part of that retreat.

There is a tendency to over-theorise as well, finding a Marxist message in everything or else a reactionary viewpoint under every stone, Kubrick's 'colonialism' in 2001 A Space Odyssey, for example, or the 'racist structures of the western imaginary' in The Matrix (this despite the fact that the role of Neo, the hero, was written originally for the black actor Will Smith). More significantly, the 'Two Deaths' argument posits a distinct and discrete historical period between the fall of the Berlin Wall and the fall of the Twin Towers, even though there is no real Marxist justification for this – it simply plays well for Leninists obsessed with supposed historical crisis points.

It's not as if science fiction writers themselves are incapable of intelligently critiquing the genre. They do, and they do it very well. Still, an accessible Marxist critique would have been a worthwhile contribution. Instead, with a lofty and elitist presumption of familiarity, the writers ignore the opportunity to bring Marxist ideas to a new audience in favour of what often smells like a self-congratulatory exercise in exclusion. This is a shame, and it's the opposite of what science fiction writers and indeed science writers themselves set out to do, including many of those discussed in this book. Worth reading for real Marxist SF connoisseurs only, the book seems less disposed to shed light on science fiction than to shed academic respectability on Leninism, and as such will no doubt form a valuable and useful contribution to the publishing credits and departmental status of those who contributed to it.
Paddy Shannon
Posted by Imposs1904 at 3:11 AM No comments: