From the Winter 1987-88 issue of the World Socialist

Skirling bagpipes, Beating drums,
We're marching on parade.
With measured beat
Of soldiers feet,
Spit and polish and tunics neat,
We give the passers-by a treat
When we are on parade.

Swaying kilts and swinging arms,
We're marching on parade.
Our sweethearts wave,
The know we're brave,
We are the sons our mothers gave,
We do not think of soldiers graves,
When we are on parade.

Skirling bagpipes, beating drums,
At last we reach the church.


Thou shalt not kill,
Least not until,
The priest has blessed the guns.

Skirling bagpipes, beating drums,
Mud and blood and battles won.
It was kill him Jack - Bayonet or gun,
We wondered what we've all become,
The world's no different - just the same,
So was the killing all in vain?
Sid Catt
Posted by Imposs1904 at 11:21 AM No comments: 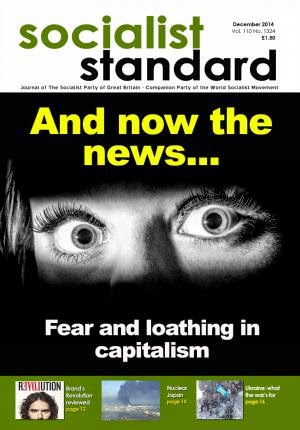 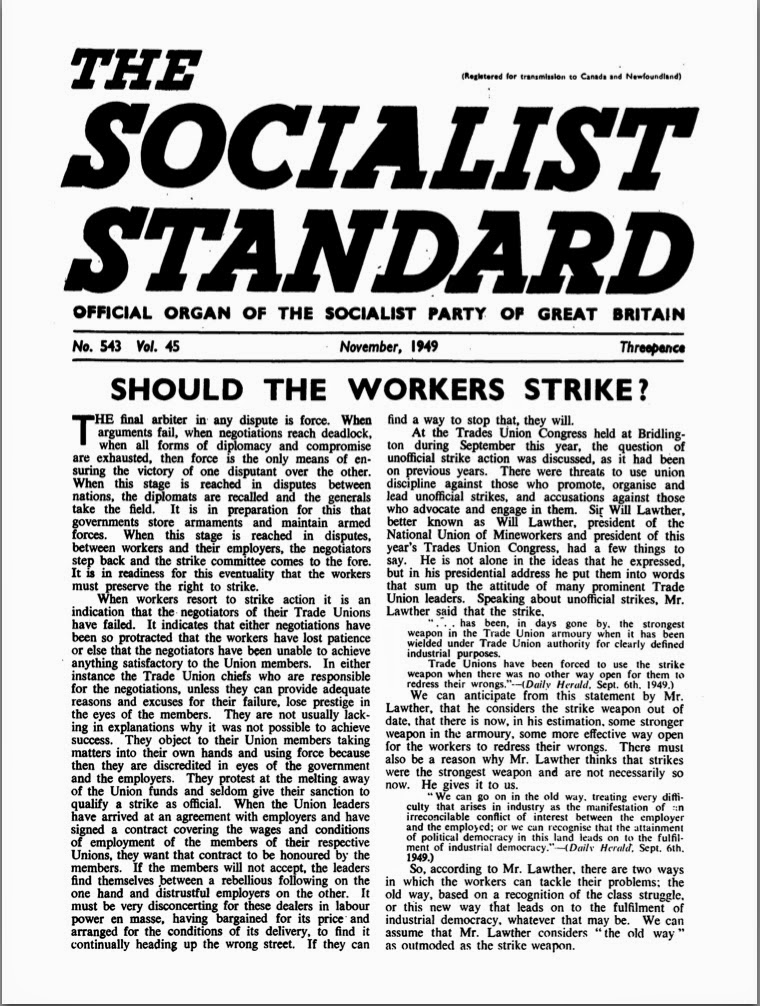 Gilbert is a very bright young man. Religiously he studies the columns of the Times and the Guardian and shocked his father by ordering the Daily Worker. Regularly he subscribes to the Tribune and the Statesman, and of course was one of the first to buy "Orwell's 1984."

He had been a subaltern in some minor county regiment—though he is very much opposed to any future war. His check shirt, brown corduroys and meerschaum pipe can be seen at every so-called "peace rally" in Trafalgar Square and other places. For a short time he wore a big white badge—"Britain's Youth for Peace." Someone once suggested that on the reverse side it read "Strike Now in the West," but that's by the way.

Yes, Gilbert considered himself a progressive! When the dockers were on strike he organised (such a brilliant organiser, my dear!) a fête and jumble sale in aid of their funds. When the city recruiting campaign was at its peak he showered leaflets at a well-known general. He even scowled at the commissionaires outside the American Embassy.

But in spite of this bravado, Gilbert was really a sensitive lad. Lured into the East End one Saturday night by some of his venturesome comrades, he was really shocked at what he saw. Every pub was crowded with coarse, loud animals, singing, drinking and loudly laughing at crude jokes and indelicate gestures. On the pavements pommaded youths and powdered lasses jostled for each other's attentions. Thousands poured out of the dog tracks.

Thank God for people like Gilbert, thought Gilbert. "These people—wh'why, th'they're—er—indescribable—more like beasts." Then he was consoled. Once he and his friends had achieved the revolution they would soon straighten their ideas out. They would teach them culture and respect for the intellectuals.

Poor Gilbert—for he is more to be pitied than blamed. He, with his empty intellectual snobbery, is just as much a child of his environment as the workers he deplores.

But they are the workers. What if they are in a pub or at the dogs on a Saturday night? What if the pavement is their marriage market? On Monday mornings they are the dockers, the turners, the mechanics; they are the laundry workers, the factory hands, the shop assistants; in short they are the folk who run this system of society from top to bottom. True they are not fully class conscious; true they still vote for the Labour Party, but let any employer attempt to molest their individual wages or conditions and you'll seem fight like tigers.

These are the people who will achieve the social revolution. Each day brings fresh evidence of the anomalies of Capitalism: each day opens some worker's eyes. As the wheel of Capitalism with its  ever increasing slumps and wars accelerates, so their realisation grows. One day it will reach its crescendo and the revolution will take place—not because of or for Gilbert—but in spite of him.
RONALD.
Posted by Imposs1904 at 1:07 AM No comments: