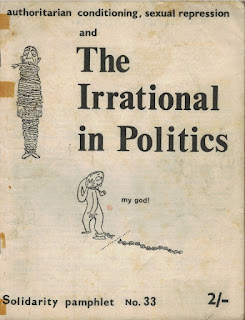 From the March 1968 issue of the Socialist Standard

Can nationalisation be socialist? And should the workers put their trust in leaders? These two crucial questions were raised during a recent confrontation between a Socialist and a Trotskyist.

Over 50 students attended a debate staged by Hull University Marxist Society and titled "Is Russia Capitalist?" Yes, said A. Buick for the Socialist Party of Gt. Britain. No,  said Tom Kemp (economics lecturer at Hull) on behalf of the so-called Socialist Labour League.

Mr. Kemp opened. He said that there were those who thought Russia was socialist, those who found it an enigma, and those (including the Socialist Party) who maintained a "sectarian aloofness." He disagreed with all of these. He didn't think Russia was Socialist, and he denounced the Russian government's crimes against the working class. But, he maintained, these crimes were not caused by the nationalised economy. They were alien to it. He thought there was a number of features of capitalism which did not exist in Russia: a disproportion between production and consumption goods; a falling rate of profit; financial difficulties of the sort which led to the 1929 crash.

Referring to the recent sterling crisis and devaluation he commented: "No international speculation against the rouble could conceivably affect the Soviet government's policy in that way. That would be utterly fantastic." Mr Kemp also thought there was no expansionist tendency in Russia—at least not of the imperialist sort as in the West. The ruling bureaucracy, though it lived in high style, was not a class, as it was so limited by the political set-up.

Our comrade Buick began by defining Socialism: a world without frontiers, democratically controlled, where production would be for use, not for profit. The Bolshevik coup of 1917 was neither a Socialist revolution nor a working-class takeover. The Bolsheviks used Marxist phrases but were really descended from a long line of Russian insurrectionaries who were conspiratorial and elitist. Their ideas could be traced back to the Jacobins.

State control did not mean that there was no ruling class. There were several cases in history where state ownership had been a form of class rule. The Catholic Church in feudal times was a ruling group which was not hereditary, from which people could be easily dismissed, and which was not based on individual ownership. All the same, it was still a property system with class rule.

Buick said capital was not a thing, but a social relation. It meant there was wage labour, massive production of commodities and accumulation out of profits. All these existed in Russia, and so did the falling tendency of the profit state.

In the open discussion session, supporters of the "Communist" Party argued that the government had done all it could, considering Russia had been so backward. It was pointed out, however, that Socialists didn't say the government ought to have a change of heart. On the contrary, they couldn't introduce Socialism. Only the majority of the working class could do that, and the Russian workers still wanted capitalism, like most workers of the world.

Some economics students, apparently unused to political argument, seemed amazed that anyone should think the workers were exploited anywhere at all. Shouldn't entrepreneurs be rewarded? Buick pointed out that wealth was produced by human labour. In capitalism, profit was derived from paying workers less than what they produced. In Socialism there would not be a "fair return" to workers. On the contrary, wages would be abolished and all goods and services would be free.

One student thought Russia was an "anti-capitalist bureaucracy," because of its Leninist ideology. However it was explained that since 1917 the ideology had not determined the social structure, but had been continuously altered to suit current policies.

On the whole, the open discussion was very poor, despite the good attendance. Winding up, the speakers agreed that the argument was not just a matter of applying labels to Russia. Deeper issues were involved.

The debate showed up two of these issues very clearly. First, the Trotskyists are convinced that state ownership has something to do with Socialism. Second, they place great emphasis on the concept of an elite, the "leadership" or "vanguard," to whom the workers are supposed to turn in time of crisis, whereas Socialists say that since Socialism will be democratic it can only be established democratically—when it is the will of the majority.

As a result of the debate, there was a lot of argument among students, which is all to the good. At Hull a growing number of students realise that Russia is capitalist—though there are many other falsehoods to be fought.

People often point to the rather slow growth of the Socialist movement so far. But, although the Socialist case in its entirety hasn't a very big following, certain parts of it are gaining ground fast. The blaze of publicity in celebration of 50 years' state tyranny in Russia has given added impetus to the view that Russia is not Socialist, nor a "workers' state", nor bureaucratic collectivist—but state capitalist. To encourage clear thinking about Russia is to help the spread of this truth.

The Underwhelming Theory of Underconsumption (2015) 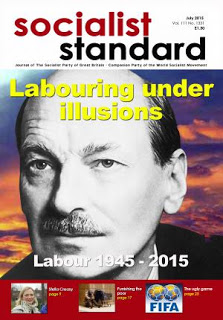