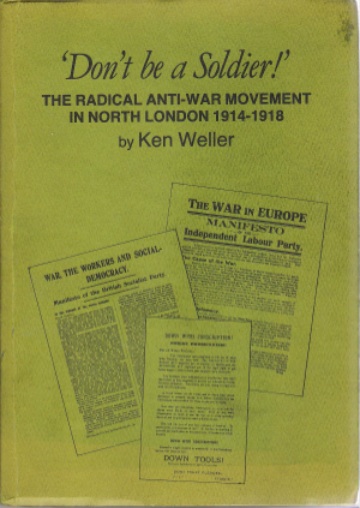 Book Reviews from the September 1985 issue of the Socialist Standard

Both of these books are worthy additions to the library of working-class historical scholarship. Too often so-called labour history amounts to little more than the uninspiring story of how Labourism and/or Leninism made their impact on the workers of Britain. Beyond these two main currents of Leftism there are aspects of the history of working-class thought and action which have received insufficient attention.

Morris’s socialist ideas and activities were long ignored or distorted by historians on the Left, but there can be no doubt that his politics and the history of the Socialist League (which began its effective existence exactly one hundred years ago) offer us a valuable insight into the evolution of socialist thinking and activity. William Morris’s Socialist Diary was compiled between January and April 1887. It contains a record of Morris’s work as a propagandist (addressing indoor and outdoor meetings and writing and editing socialist literature), his activities within the League (which at the time was debating whether or not to become a “parliamentarian” organization) and his impressions of the political scene of the time.

In his diary Morris conveys a degree of pessimism about the effectiveness of socialist propaganda which socialists today can understand, but would not agree with, particularly since Morris was able to convince a solid body of workers to become revolutionary socialists. Describing a lecture which he gave on the class-war at the Chiswick Club on 4 February, Morris commented that “ . . . the men at present listen respectfully to Socialism, but are perfectly supine and not in the least inclined to move except along the lines of radicalism or trades unionism” (p.26). Again, commenting on an outdoor meeting which he addressed at Beadon Road, Hammersmith, Morris wrote that “a very fair audience . . . gathered curiously quickly” but, not quite believing that they were attracted by what he was saying, he noted that the workers were “listening attentively trying to understand, but mostly failing to do so” (p.27). How could Morris be so sure of this? After all, in Hammersmith he was able to recruit quite a few conscious socialists to the cause – workers who would remain untempted by reformism for years to come, as shown by the records of the Hammersmith Socialist Society in the 1890s. On 27 March Morris gave his lecture on “Monopoly” at the Borough of Hackney Club, which had 1,600 working-class members, but here again, despite reporting in his diary that “the audience was civil and inclined to agree”. Morris goes on to write that “I couldn’t flatter myself that they mostly understood me, simple as the lecture was” (p.45). Unlike the conceited and pompous old devil, Hyndman, from whom remarks of the sort mentioned would have been an indication of typical arrogance, in the case of Morris it was more likely undue modesty which led him to underestimate the effect which his propaganda work had on the working class. For example, Jack Fitzgerald, a young worker whose revolutionary enthusiasm was a major contribution to the formation of the Socialist Party of Great Britain in 1904, was one socialist whose ideas were formed, at least in part, as a result of listening to Morris talk about socialism.

Florence Boos is clearly not a remote academic, picking a few extracts from Morris’s writings out of apolitical curiosity; it is clear from her very interesting and readable sixteen-page introduction to the diary that she has more than a little sympathy with Morris’s political outlook. On page 2 she refers to Morris as leader of the Socialist League, which is inappropriate considering Morris’s professed disinclination to be a political leader and his clear non-leadership conception of socialism, but apart from that minor fault the introduction makes several useful points. She deals with Morris’s “deep opposition to electoral politics” (p.6), but explains that this did not amount to opposition to socialists entering parliament “as rebels”, but to their using it as a body for reforming capitalism, supposedly in the workers’ interests. Morris is quoted writing to Jospeh Lane on 20 March, 1887:

. . . I believe all palliative measures like the 8 hours bill to be delusive, and so, damaging to the cause if put forward by socialists as part of socialism: though of course they will put forward and carried at some time by some party, and we shall then have to take the good and the bad of them. But we should be clear that they are not our measures. I think the duty of the League is educational entirely at present, and the duty is all the more important since the SDF has entirely given up that side of things. (p. 7; Morris’s emphases)


Boos provides a valuable analysis of Morris’s anti-reformism which avoids the error made by E.P. Thompson, whose biography of Morris tends to go in for the usual Leftist incomprehension of revolutionary principle, which is dismissed as “purism”. A useful supplement to the Diary and to Boos’s introduction is the article entitled “Morris and the problem of reform and revolution” written by ALB in the February 1984 Socialist Standard.

Ken Weller’s history of the North London anti-war movement between 1914 and 1918 contains the kind of careful details which one expects from serious historical research. It is clear from the book that Weller knows North London and has spent years collecting information on the political activists of the period, most of whom have been neglected for too long. Although he claims to deal with North London it would be truer to state that the book is about Islington with occasional references beyond. Without doubt, the references to the history of Islington exhibit a wealth of useful knowledge about “those thousands of ordinary men and women who fought against the 1914-1918 holocaust and who, without a thought for their own future prospects, made enormous sacrifices for what they knew was right” (p.7).

But this review would not be complete without a serious criticism which throws into question the historical bias of his work. Why, in a book seeking to explain the opposition to the First World War, is there so little reference to the one party which unequivocally opposed the war from the moment of its outbreak: the Socialist Party of Great Britain? There are several footnotes referring to ex-SPGBers who joined other anti-war bodies, but, despite the inclusion of a whole chapter dealing with the IWW – whose existence in North London was insignificant compared with that of the Socialist Party – there is not a single reference to the ideas and activities of our party in the entire text. The Socialist Party receives one single reference – in a footnote to chapter 3:

"It is difficult to integrate the Socialist Party of Great Britain into any account of wider working-class politics because its policy of hostility to all other political groups, and rejection as an organization of participation in any partial economic or social struggles, effectively excluded it from association with other tendencies. But no account would be complete without some reference to them. Before the War, they were a substantial presence in the area. Their Tottenham Branch had over 100 members, and there were also effective branches in Islington and Hackney. The SPGB also had a very high proportion of the ablest open-air speakers, notably Alex Anderson of Tottenham, who by common consent was the best socialist orator of his day. The SPGB’s principled Marxism had perhaps a wider influence than it would like to admit. (p.23)


This is acceptable as far as it goes (although the final sentence is based on a peculiar assumption), but there can be little excuse for excluding detailed reference to the sole British anti-war party active in the North London area.
Steve Coleman
Posted by Imposs1904 at 12:29 PM No comments: