Euroelections: the case for the Socialist Party of Great Britain (2009)

We don't want your vote. We don't want your vote if you think socialism means nationalisation, higher taxation, welfare state, council estates, national liberation, legalising marijuana or anything of that sort. In short, we don't want your vote if you think we need to keep and act within existing capitalism.
On the other hand, if you do want a sociaty of common ownership and democratic control; a worldwide co-operative commonwealth; the emancipation of labour from the chains of capital; then we're your people, because that's all we stand for.
Well, there's a further catch, because all we're doing is holding the banner aloft. If you want to make socialism happen you've got to prepared to do the work yourself - we're not leaders, and don't want to be. If you need someone to lead you into the promised land, some other bugger'll lead you straight back out again.
That's the choice in this election in a nutshell. A choice between confusing the issue, like whether it's better to be dominated by British capitalists or European ones; whether it's better to only allow capitalists to exploit us for a third of our waking hours, rather than a half; whether the state is the one that extracts profits from our labour, or private employers; or, making our demands crystal clear.
If you call yourself a socialist, why do you want to waste time trying to figure out how to make capitalism run better, anyway? The power to change the world lies in your hands, you don't need to be bound by accepting things as they are – the point is to change them. If a majority decided to remake the world, no force on Earth could stop them.
A vote for the Socialist Party is a vote that says you are ready to act to make this change. A signal to your fellow socialists that they are not alone. A signal to your fellow workers that some people take the actual idea of socialism seriously, rather than relegating it to some bedtime fairytale never-never for after the work of running capitalism is done.
Let's end on William Morris:


“One man with an idea in his head is in danger of being considered a madman: two men with the same idea in common may be foolish, but can hardly be mad; ten men sharing an idea begin to act, a hundred draw attention as fanatics, a thousand and society begins to tremble, a hundred thousand and there is war abroad, and the cause has victories tangible and real; and why only a hundred thousand? Why not a hundred million and peace upon the Earth? You and I who agree together, it is we who have to answer that question.”

Pik Smeet
The Socialist Party of Great Britain is contesting the London constituency in the forthcoming Euroelections. You can view its election manifesto here.
Socialist Party candidates will be speaking at the following hustings meetings:


On Monday 1 June there'll be two, organised by local trade unions:
(1) Council Chamber, Stratford Town Hall, 29 The Broadway, E15 at 6.30 pm. Pat Deutz will represent us.
(2) Phoenix Cinema, 52 High Road, East Finchley, N2 at 6.30. Bill Martin or Adam Buick will represent us.
On Tuesday 2 June at 6pm Danny Lambert will represent us at a meeting organised by the Public & Commercial Services Union in Committe Room 14 in the House of Commons. Don't know if any "ordinary" members will be allowed entry but if you try don't forget to bring a nose-peg with you.
On Wednesday 3 June at Harrow Baptist Church, College Road, HA1 (nearest tube: Harrow on the Hill). Our representative will be Adam Buick.

Be sure to also check out Vaux Populi, the SPGB election blog.
Posted by Imposs1904 at 8:05 AM No comments:

Weekly Bulletin of The Socialist Party of Great Britain (99)

Welcome to the 99th of our weekly bulletins to keep you informed of changes at Socialist Party of Great Britain @ MySpace.

"Those who say religion has nothing to do with politics do not know what religion is." Mahatma Gandhi, 1869-1948. 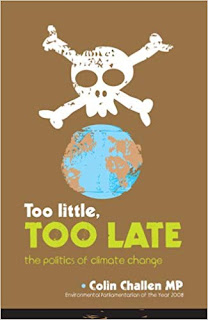 Which is why he himself is rather pessimistic about the prospects of CO2 emissions peaking by 2015. But even on the worst scenario – rising sea levels, displacement of populations, shifts in the balance of geopolitics – only socialism would provide the framework for dealing with the problems.
Adam Buick
Posted by Imposs1904 at 7:12 AM 1 comment: