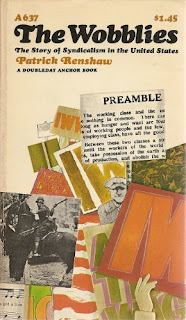 Book Review from the March 1968 issue of the Socialist Standard

The first sign of a workers radical movement of any appreciable size in America follows similar path to the English movement during the thirties of the last century. It was loose, sweeping, all-embracing, and came to grief when the internal elements sorted themselves out and attempted to express their different ideas in action, Though hazy and ill informed, it was yet fundamentally working class. This movement was the Knights of Labour, founded in 1869. The new movement was secret and hedged about by ritual, grip, sign and password. It both sought to protect the interests of labour against violent and ruthless oppression and, at the same time, advocated a new society, the basis of which was to be the nationalisation of certain public utilities combined with co-operative institutions. It recognised no identity of interest between employer and worker. One of its prominent advocates, Powderley, stated "To point .. out a way to utterly destroy the system [wage system] would be a pleasure to me."

The Knights of Labour made slow progress until 1885 when it fought a successful railway strike against the powerful Jay Gould employers combination, which brought a rush of members. It failed however to secure the adhesion of the skilled workers, the aristocracy of labour at the time, and in due course the struggles between the elements concerned with fighting for better wages and conditions of labour, the trade union element, and the theoretical and utopian groups, combined with a number of unsuccessful strikes, reduced the organisation to impotence.

In opposition to the Knights of Labour another organisation entered the field in 1881, the American Federation of Labour, which catered almost entirely for skilled labour. At first its leader, Samuel Gompers, gave lip service to socialist principles. This was soon eclipsed in the work of building up a wealthy and exclusive organisation of skilled workers that received recognition from the employers by adhering to the anti-working class principles of co-operation with the employers, opposition to strikes, and the barring of lower paid workers by the demand for high trade union dues. These skilled workers endeavoured to maintain a closed shop on the ground that the entrance of unskilled labour into their field of labour was a menace and a threat to their standards of living. It was this principle that induced the AF of L as well as other groups of workers, to discriminate against negro workers.

Towards the end of the nineteenth century, owing to the feverish industrial expansion, the conditions of the workers, particularly the unskilled and the immigrants grew steadily worse. As one writer put it: "By 1890 the workers were enclosed within the wages system by the exhaustion of the free lands which for generations had served as a refuge for the more rebellious masses of the industrial centres". (O'Neal).

In 1877 the Socialist Labor Party was formed which was to have considerable influence on the first conference of the IWW through its most knowledgeable member, Daniel De Leon, This party advocated the ballot as the best policy for working men but declared that members should "maintain friendly relations with trade unions and promote their formation upon socialist principles."

At the outset of its career the SLP was affected with the contemporary co-operative and reformist ideas, most of which it gradually shed, particularly under the influence of Daniel De Leon, taking its stand more and more upon the basis of the class struggle. However the divergent views of members on the respective merits of industrial and political action, and also upon its centralisation of power within the party, led to a split and the formation of the Socialist Party of America at the end of the century.

Up to 1895 the SLP had attempted to capture the craft unions by the policy of "boring from within", but their efforts met with such little success that they gave up the job and decided to form their own trade union, the Socialist Trades and Labour Alliance.

In January 1905 a secret conference was held in Chicago attended by members of the Western Federation of Miners, the Brewery Workers, the Socialist Party of America and the SLP. This Conference drafted an invitation to representatives of labour unions and socialist factors in both America and Europe "to help found a revolutionary labour movement on industrial lines." The Manifesto stated that the new movement "must consist of one great Industrial union embracing all industries, providing for craft autonomy locally, industrial autonomy internationally, and working class unity generally." This was in harmony with Father Hagerty's chart, which laid out in a circle, lined up every department of industry, transportation, agriculture leading to an inner circle of controls and a centre of general administration. It is a pity that Patrick Renshaw in his book* has not included this chart amongst his illustrations as it gives a good picture of what the IWW aimed at.

At the Industrial Union Congress in Chicago, June 1905, the IWW was founded. Those who took part in its foundation held widely divergent views which came into conflict at the Congress and caused internal strife during the following years. The delegates consisted of representatives of anarchism, industrial unionism, Socialist Labor Party and Socialist Party of America members as well as pure and simple trade unionists.

The first bone of contention was political action. After some fierce discussion in which anarchists like Trautmann and Lucy Parsons bitterly opposed any connection with politics De Leon succeeded in getting included in the Preamble the following clause:


"Between these two classes a struggle must go on until all the toilers come together on the political, as well as on the industrial field, and take hold of that which they produce by their labour through an economic organisation of the working class, without affiliation with any political party."

Two years later, when the SLP left the official party the clause was altered to read:


"Between these two classes a struggle must go on until the workers of the world organise as a class, take possession of the earth and the machinery of production and abolish the wage system."

At least the latter phrase is clear and did not lend itself to the muddled interpretation of the original.
In 1905 and 1906 internal strife was fierce centering upon antagonism to the SP of A members who openly advocated political action. At the 1906 conference the De Leonites united with the anarchists to expel the SP of A members from the IWW. The next year me anarchists and industrial unionists succeeded in removing the SLP which formed a rival IWW which did not last long.

Over the years the IWW carried on its agitation with varying success and against the fierce hostility of employers and governments. There is not space in this review to record its history. The IWW set out to organise in the beginning its unskilled migrant workers who were being harried from one place to another and lived on starvation pay. The author sums up the position as follows:


"Thus during the twenty years from 1891-1910, more than 8,000,000 of the 12,500,000 foreigners who settled in America came from Italy, Poland, Hungary, Bohemia, Slovakia, Croatia, and Greece. These people, from peasant farming or trading stock, were alien by race, religion, language and customs to the American way, The sharp transition bewildered, often angered them, much more than it had the Irish or Germans of an earlier era. So it was among this new, many-tongued nation, called into being to nourish the appetite of industry, that the Wobblies concentrated much of their revolutionary effort."

According to Patrick Renshaw the IWW membership never exceeded 100,000 at any one time in spite of the energy put into the movement and the territory covered. Its statements and even its songs show that its advocates understood the class struggle but unfortunately started off on the wrong foot by holding aloof from political action. In spite of their mistakes and internal strife its advocates were unquestionably sincere and courageous in their pursuit of industrial unionism. They must have been for their organisers and advocates literally took their lives in their hands wherever they went, meeting with persecution and brutality at the hands of local capitalist organisations and, in some instances, like Frank Little and Wesley Everest being savagely done to death. Paul Brissenden describes the attitudes towards them as follows in the 'preface face to his "History", an excellent and sympathetic work on the same subject published in 1919:


"The popular attitude towards the Wobblies among employers, public officials and the public generally corresponds to the popular notion that they are all arch-fiends and the dregs of society. It is the hang-them-all-at-sunrise attitude. A high official of the Federal Department of Justice in one of our Western states gave the writer an instance. On a recent visit to a small town in a distant part of the state he happened upon the Sheriff. That officer, in reply to a question. explained that they were "having no trouble at all with the Wobs" "When a Wobbly comes to town" he explained, "l just knock him over the head with a night stick and throw him in the river. When he comes up he beats it out of town." Incidentally it may be said that in such a situation almost any poor man, jf he be without a job or visible means of support is assumed to be, ipso facto, an IWW. Being a Wobbly, the proper thing for him is pickhandle treatment or - if he is known to be a strike agitator - a little necktie party."

The influence of the IWW spread to different countries but it was probably at its peak just before the 1914-1918 war. It was opposed to the war and in 1917-1918 over a hundred of its leading members were arrested, charged with sabotage and subversion and given sentences of up to 20 years in jail. This practically put an end to the movement although it still carries on in a small way and publishes the Industrial Worker from Chicago.

In spite of the bitterness of its struggles the members of the IWW had a sense of humour and a grasp of the class position as witness the songs they sang, such as the following, by Joe Hill:

Long-haired preachers come out every night
Try to tell you what's wrong and what's right;
But when asked how 'bout something to eat.
They will answer with voices so sweet :

You will eat, bye and bye,
In that glorious land above the sky;
Work and pray, live on hay,
You'll get pie in the sky when you die.

Working men of all countries, unite
Side by side we for freedom will fight,
When the world and its wealth we have gained
To the grafters we'll sing this refrain:

You will eat, bye and bye,
When you've learned how to cook and to fry
Chop some wood, 'twill do you good,
And you'll eat in the sweet bye and bye.

Yes, the Wobblies had a sense of humour and, in spite of the fact that they were on the wrong track, the present writer has always had an admiration for their courage and persistence in the face of persecution.
Gilmac.
*THE WOBBLIES. By Patrick Renshaw. Eyre and Spottiswoode.
Cross-posted from the Socialism Or Your Money Back blog.
Posted by Imposs1904 at 10:32 AM 1 comment: