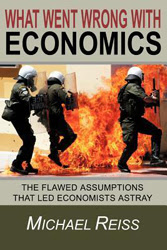 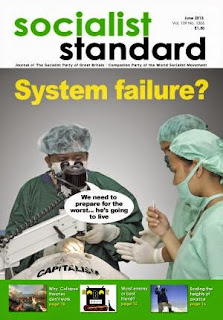 
Sharia law bans lending money at interest, denouncing it, as Christianity used to, as ‘usury.’ So how come there can be such a thing as ‘Islamic banking?’

Sharia commercial law emerged as a way of regulating trade in pre-capitalist times in those parts of the world where Islam was the dominant religion. This trade was fairly extensive (think Silk Road) and involved buying goods in one place and transporting them to another where they could be sold at a higher price that would more than cover the expenses. Buying cheap to sell dear. Mohammed himself had been such a merchant.

Sharia commercial law was perfectly happy with a merchant making a money profit and distinguished this from a moneylender’s interest by seeing it as coming from the merchant using goods rather than money. The profit derived from the goods, not money. It is this concept that modern Muslim theologians have built on to get round their religion’s ban on making money out of money; this is all right as long as it involves using goods in the course of making the money.

In fact sharia commercial law developed many of the same practices that later emerged in Christian Europe. For instance, the word ‘cheque’ comes from the Arabic word sakk. The (London) Times Raconteur supplement on ‘Islamic Finance’ (16 April) quoted Harris Irfan, described as ‘a seasoned Islamic finance professional,’ as saying:

‘Trade finance ... fits neatly into the Sharia system because, rather than providing a loan and charging interest on it, the bank effectively buys the asset and then sells it to the end-buyer, with the mark-up being the profit.’

Discounting trade bills was precisely one of the origins of banking in Western Europe. There are ‘Islamic mortgages’ too:

‘Common forms of Islamic mortgages include ijara, in which the homebuyer pays rent until they purchase the property outright by a given period, and diminishing musharaka, which is an equity partnership where the homebuyer and mortgage-provider share ownership of the property until it is bought back in monthly instalments.’

The trick, then, is to make a loan of money appear to be a loan of a non-money asset and the Muslim theologians will declare it sharia-compliant. Property speculation easily passes the test as, like the merchants of old, it involves buying something cheap to sell dear later.

But what about bonds? Surely these, as an arrangement whereby you lend a government or a company money and receive regular fixed payments and get your money back at the end, can’t be sharia-compliant? But no, Islamic financiers have developed a product called ‘sukuk’ which is a bond in all but name.

This gets by the clerics by claiming that the stream of income that provides the regular payments comes from the asset in which the money is invested, not from the money itself. Actually, this is the case. Which means, ironically, that sharia commercial law has a more accurate explanation for banks’ interest than that of most economics textbooks. Despite appearances, money can’t produce more money out of nothing. The source of interest is always in the end, and in however roundabout a way, past or future production; in other words, from the use of non-money assets.

Sharia law condemns the appearance but not the substance; in fact it emphasises the substance. In Marxist terms it condemns M-M but not M-C-M (where M is money and C is commodity). Which is why it had no objection to capitalist production when it developed. Capitalism, Muslim capitalists will be pleased to learn, is sharia-compliant.