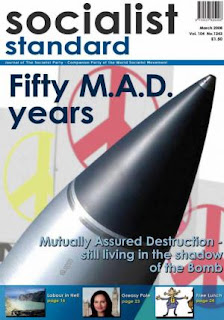 Is there a gene for socialism? Are we hard-wired to organise a communal society, share everything and live a peaceful and democratic life in harmonious coexistence with nature and other species? Is anybody asking this question? If not, why not?

Let’s face it, people have asked much sillier questions. Recent examples have included: is there a gene for aggression, or ‘obedience’, or ‘homosexuality’, or whatever human behavioural tic is currently inspiring tabloid copy-editors. Usually they are on the lookout for ways of explaining away character traits which their readers regard as undesirable, and which through cod-genetics can be made to look like evolutionary flaws or dead-ends, or else alibis by which the readers can avoid taking any personal responsibility. Serious researchers do ask questions about cooperation, altruism, sacrifice and other socially more admirable traits, but of course, ‘serious’ research is all a matter of what funding bodies are willing to pay for, so while the military will certainly be interested in studies which show aggression to be innate, and which thereby affirm the importance of the military, it is hard to see who, in a capitalist world, would be very keen to bankroll research pointing to the desirability of abolishing banks.

What’s odd about these questions is that they run counter to the trend of all the evidence, which suggests that genes do not operate in isolation but in matrices, and that one single gene can never be identified as being attributable to one single and discrete characteristic, either mental or physical.

This is strange when you consider how the brain works, and how it is popularly supposed to work. Nobody expects to be able to extract a single brain cell and find, encoded within it, a phrase from Romeo and Juliet or a picture of a Ford Mondeo. We realise the brain doesn’t work like that. With a hundred trillion neural connections to play with, the brain distributes its memory and cognitive processes in various different places at once, operating as an integrated network which, like the internet, is even capable to some extent of rerouting round damage and adapting spare parts to new uses.

The nature and adaptability of the brain ought to be a clue. Humans are so adaptable that it is doubtful if anything beyond basic bodily functions can be ascribed to nature. But this doesn’t stop the speculation, because there is a small window of opportunity, via the study of identical twins, to explore the ‘nature’ side of the nature-nurture debate. For, argue people like Steven Pinker, we are not born a ‘blank slate’, so something must be genetically already in there. Something, but what? That’s the trouble. Until some intelligent life form is discovered in the cosmos, which can be studied and compared, there is no way to guess what is natural and what isn’t. 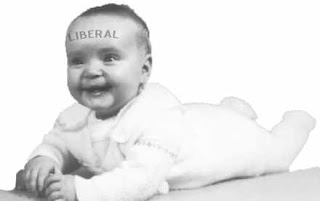 A recent article in New Scientist illustrates the problem, when it asks whether political leanings are encoded in the genes (Feb 2). Some disparity between voting habits of identical twins is cited in support of this outlandish claim, which is being seized on by political scientists as a potential magic key to unlock the voter’s brain. Identical twins, it seems, are more likely to give the same answers to political questions than non-identical ones. While interesting, this is hardly ‘startling’, as the article puts it. If identical twins are truly identical, and if they are brought up together, it is not very surprising that they would develop the same views. The article does not mention identical twins who were brought up separately, however. If one twin is brought up in an impoverished mining town and the other in a mansion, would they still hold the same political views? If they did, this really would be startling. And where non-identical twins hold different views, no mention is made of a comparison with non-identical non-twins and whether the two correlate. This is significant because different siblings within a family experience that family differently, and differential experiences of attention, affection, expectation and responsibilities may well affect their subsequent political development. Lastly, we are told that identical twins tend to give the same answers, but we are not told what these answers are. Logically, of the 30,000 twins studied over two decades in Virginia, one would expect by random chance a greater number either of Democrats or Republicans. This information is not provided, possibly because the obvious conclusion to be drawn from either case is that humans are genetically disposed to be one or the other, which is plainly nonsense.

Genetics has made huge strides in understanding the biological basis of many diseases which afflict humanity. Less successful have been attempts to investigate the supposed biological basis of human behaviour. As has often been stated in this magazine, our ability to think may be innate. What we think about, and what we then do about it, are not. Were it otherwise, there would be no point anyone discussing anything.
Paddy Shannon
Posted by Imposs1904 at 6:43 PM No comments:

Weekly Bulletin of The Socialist Party of Great Britain (39)

Welcome to the 39th of our weekly bulletins to keep you informed of changes at Socialist Party of Great Britain @ MySpace.

"We no longer live in a world of nations and ideologies . . . The world is a collage of corporations, inexorably determined by the immutable laws of business. The world is a business . . . !!" [Jensen in Network by Sam Hedrin, 1977.]