As we witness the second highest increase in reported crime statistics since records began in 1857—up by 16 percent in England and Wales, and up by 120 per cent since the Tory government took power—it seems almost customary now that with them should come the time-honoured, trite and pathetic reasons.

Some commentators point to a lack of parental responsibility, low educational attainment standards, and even the influence of television. Roy Hattersley, the Shadow Home Secretary, missing the point as usual, said “the truly appalling figures were the result of ministerial inactivity, insufficient police officers and an inadequate crime prevention programme." (Guardian, 10 March).

The best John Patten, the Home Office Minister of State, could do this time round was to suggest that we take too few precautions and that “we must not forget who is to blame. The only people to blame are the criminals”. (Guardian, 10 March).

But after 13 years of Thatcherism/Majorism, did anyone really think we would witness a reduction in crime? Crime is an inevitable aspect of capitalist society and its component parts, inequality, exploitation and rampant individualism, which were highly recommended by Mrs Thatcher herself.

We live through times in which the rich have become richer and the poor poorer; in which there are more homeless people than at any time in living memory; when falling profit rates have been responsible for factory closures, bankruptcies, redundancies and unemployment, and when thousands of homes have been repossessed.

If anything, crime statistics reveal a growing protest against alienation and powerlessness. David Owen, Chief Constable of North Wales, was right when he commented that “we live in a materialistic and acquisitive society” (Guardian, 20 December 1990).

Under the ground rules of capitalism, only those with enough money have access to the benefits of civilization. Take an underpaid youngster, working for a pittance, who lives on a run-down inner-city housing estate with few social amenities, and with even fewer prospects. Everywhere they go they are reminded of their position—in the shops they walk past with the goods they can’t afford, in the souped-up cars that whizz past them, and even in the television adverts they view, portraying sunshine families going into orgasm over a bowl of cereal. They live in a cut-throat, dog-eat-dog society that they can’t comprehend. As Engels observed in his The Condition of the Working Class in England in 1844:

It was not clear to his mind why he, who had done more for society than the rich idler, should be the one to suffer under these conditions. Want conquered his inherited respect for the sacredness of property, and he stole . . . Theft was the most primitive form of protest. (Panther edition. 1969, p. 240).

For so many, the pangs of alienation and powerlessness, coupled with that sense of betrayal and dashed hopes born of the broken promises of the governing capitalist class, have never been so bitter. Engels’s words still ring out a century and a half after they were penned:

There is . . . no cause for surprise if the workers, treated as brutes, actually become such; or if they can maintain their consciousness of manhood only by cherishing the most glowing hatred, the most unbroken inward rebellion against the bourgeoisie in power. They are men so long only as they burn with wrath against the reigning class. They become brutes the minute they bend in patience under the yoke, and merely strive to make life endurable while abandoning the effort to break the yoke, (pp. 144-5).

Crimes against property make up 94 percent of all crimes. In socialism property crime would be non-existent. With common ownership and democratic control of the means of production and distribution, and an end to the money system, there would be no incentive to steal what could be given for the sake of asking. For instance, at present millions of machines lie idle in factories. In socialism these could be operated by those willing to do so—the present-day unemployed and those who do unnecessary work—producing goods not for profit but because people wanted them. Bulletins informing people of the availability and quality of goods and their outlets would replace advertising. Burglaries and car theft would be crimes confined to the history books. Robberies in a moneyless society would be unimaginable.

Crimes against the person, currently up by three percent, would significantly diminish. Many are committed under the influence of alcohol, and as inebriation is often an escape from the harsh realities of everyday life there would be less incentive for people to numb the pain of their existence.

Crime, however, is not only inevitable under capitalism it is also necessary. By highlighting crime statistics, crime that is said to be committed by working class people (let’s forget fraud and tax evasion by big business), attention is diverted from the real culprit and on to workers caught up in the mess created by their “betters".Thus, the ruling elite find the pretext to enforce more law and order which in the long run helps maintain their ideology and power.
John Bissett
Hebburn, Tyne & Wear

As society’s technological knowledge advances it would seem only logical that the long-lasting lightbulb and the re-usable match would be available everywhere but I haven't seen many of them either (Scorpion’s comment on my letter to the Guardian in your March issue). This would seem rather at odds with an ideology which places such a high priority on "freedom of choice”. However when such an ideology has deployed and is prepared to use a weapon which gives me and millions of others who have no wish to be consumed by a nuclear war no choice whatsoever, it is in fact being entirely consistent.
David Bishop
Nottingham

Obituary from the May 1992 issue of the Socialist Standard

To those of us who remember him as a quiet, kindly, jocular figure at socialist meetings, the sudden death of Dave Conn was reason for real sadness. Dave’s involvement with the Party was in Hackney where he was enthusiastic in his efforts to create a society without money, nations or states. Never a one-dimensional socialist, Dave was a keen listener to many kinds of music— especially live jazz—and also a collector of rare comedy records. He had the unimposing capacity to advocate revolutionary ideas and share a joke; to support others in their efforts to debate and organise, and to entertain us at private gatherings with his quite remarkable skill on the accordion. Those who knew him liked him. Our condolences go to his partner, Cissy.
Steve Coleman

Between the Lines: An Open Letter to the Director General, BBC (1992) 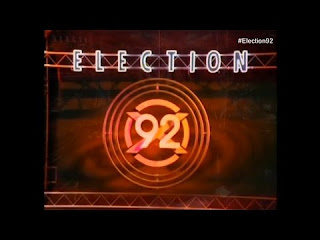 We note that your news and current affairs department allocated two hundred journalists to cover last month's British general election. Some spent the duration of the campaign following the three big party leaders around the country; others attended the daily news briefings by the three big parties; some reported from marginal constituencies; others paid careful attention to the now discredited poll results. We assume that you would justify this as a useful expenditure of journalists' time in covering what the BBC tells us is a democratic election.

The Socialist Party was formed in June 1904. We contested our first local election before the Labour Party was ever officially formed. Whatever attitude you might have to our clear-cut case for world socialism and nothing less, we trust that nobody at the BBC would try to dismiss our party as either incoherent eccentrics or insincere publicity-seekers. Since 1945 no election year has passed without the Socialist Party mounting a campaign. Lack of funds prevents us putting up more candidates than one; in the recent election we stood in Holborn and St. Pancras. The right to stand in an election costs £500 and we have no rich businesses directors or union chiefs to supply such money for us. Standing in an election means more than having our name printed on the ballot paper. If elections are to be more than nominally democratic, the contestants must have the chance to put their case to those who are to vote. Neither locally nor nationally was one minute of air time devoted to our campaign or our message by the BBC in this recent election. Why not?

Permit us to anticipate your reply. There are agreements determining that only parties receiving enough votes to win seats in the previous election or contesting fifty or more seats in this one may have an official election broadcast. Small parties like ourselves must do our best to make "news". The BBC is not intentionally discriminating against the Socialist Party.

As for the election broadcast carve-up. into which our political opponents cynically and undemocratically join, we can only note the absurdity of the situation. For example, prior to the recent election the SDP was given a broadcast, on the basis of its 1987 vote, even though the party no longer officially exists. More absurd still, the Natural Law Party, a crankish cult backed by a few millionaires and formed only this year, was able to pay the £25,000 required to stand fifty candidates and therefore had an election broadcast on BBC TV and radio. Their right to such a broadcast rested on the £24,500 higher price that they could afford to pay than our mere £500. Is this the best way to determine the democratic dissemination of ideas?

As for "making news", we accept that there are cheap stunts that we could have performed which might have won us two or three minutes precious BBC time. We leave such electoral follies to the likes of "Lord Sutch" and others whose contempt for democratic and reasonable debate seems to make them attractive to TV producers. We are a thoroughly principled and peaceful party, but had we used our campaign to threaten bombing campaigns or mob violence that would doubtlessly be deemed "news" and we would be invited to explain our threat — if only so as to indict ourselves in public.

We note that the loser in the West Belfast constituency was given more than a little TV attention, regardless of the absurd media ban on Sinn Fein, when it became clear that the result of Adams losing his seat could well have had immediate military consequences. In Europe neo-fascists receive TV coverage for making disparaging racist statements. In this country left-wingers, in and out of the Labour Party, are often given BBC coverage disproportionate to their size because of the outrageous and politically embarrassing policies they sometimes espouse. Are we to assume that the price of "making news" would be for our party to descend to such a level? If so, the price will never be paid. If it is not "news" that a party stands in the election with the object of winning majority support for the establishment of a moneyless, frontierless, stateless society, then we shall have to continue to conduct our publicity without the aid of the BBC.

The question of whether the BBC's lamentable failure to give any coverage to our party and its ideas, in or out of election time, is intentional is not the issue. Our protest does not rest on any conspiracy theory. Nor do we seek to reform the BBC. Wc do not expect money-dominated elections to be fair. We leave it to the good sense of the workers, whose ancestors fought for the vote, to decide whether or not to give a democratic hearing to the case for a sane alternative to the profit system. In the meantime we are willing to publish any response which you may wish to make.