“Commerce is more sovereign than the sovereign” (Karl Marx)

While the Chancellor of the Exchequer was making his pre-budget announcement based on the mere hope that recovery would begin in 2010, Gordon Brown was addressing a meeting of the employers’ organisation, the CBI. If he stuck to pre-released text of his speech he said:

“We have seen in previous recessions how a failure to take action at the start of a downturn has increased both the length and depth of the recession. That was the mistake made in the recessions of the 1980s and early 1990s. To fail to act now would be not only a failure of economic policy, but a failure of leadership” (London Times, 24 October).

He was being rather selective in his choice of historical precedents. He forgot to mention what happened in the mid-1970s when the then Labour government did try, as his Labour government is trying today, to spend its was out of that recession – and failed. To such an extent that the Prime Minister James Callaghan had to confess to the 1976 Labour Party Conference:

“We used to think that you could just spend your way out of a recession and increase employment by cutting taxes and boosting government spending. I tell you, in all candour, that that option no longer exists and that in so far as it ever did exist, it only worked on each occasion since the war by injecting bigger doses of inflation into the economy, followed by higher levels of unemployment” (London Times, 29 September 1976).

But Brown also forgot that an attempt was made to try the spend the way out of the 1980s recession. Not in Britain but in France, following the election as President of Labour-type reformist François Mitterrand in May 1981 and his party’s victory in the general election that followed in June. One of their election promises was to abandon the austerity approach of the previous conservative government in favour of:

“a relaunch of economic activity by an increase in the purchasing power of the most disadvantaged and so by a relaunch of consumer goods”.

And this is what they did, the first measure the new government took, in June 1981, being to increase the minimum wage, pensions, family allowance and housing benefits and to announce that 200,000 new government jobs were being created. Like Alistair Darling, the Minister of the Economy and Finance hoped to be saved by an early economic recovery:

“We are hoping to anticipate, but in a reasonable way, a recovery in the world economy”.

The world economy’s reply was to force a devaluation of the franc within four months, in October 1981. From then on it was downhill all the way. The following June the government had to devalue the franc a second time, the Prime Minister offering the pathetic explanation:

“the international recovery was not at the rendezvous”.

By October 1982 the Minister of Planning was admitting:

“We must not dream. The crisis we are going through is going to get worse”.

The Prime Minister continued with his inanities:

“The day will come when the recovery will be there”.

In December the Minister of the Economy and Finance confessed:

“It is not us who are the masters of the world. The world goes as it is, it is in the grip of forces that no one can master”.

Then after a third (yes!) devaluation in March 1983 he declared:

“We were banking on an economic growth of 3 percent, but the recovery didn’t come”.

In October 1984 the number of unemployed passed the peak of 3 million (it had only been 1.7 million when Mitterrand came into office).

This failure to shorten and lessen a slump by trying to relaunch popular spending is one of the most spectacular on record. No wonder Brown didn’t mention it.

Brown, Darling and the others may not be around to have to make the abject confessions of failure that Mitterrand’s ministers had to make. But they will have maintained Labour’s record of every Labour government leaving office with a greater number of unemployed than when they took over.

Putting the rant into itinerant (2008)

From the November 2008 issue of the Socialist Standard. 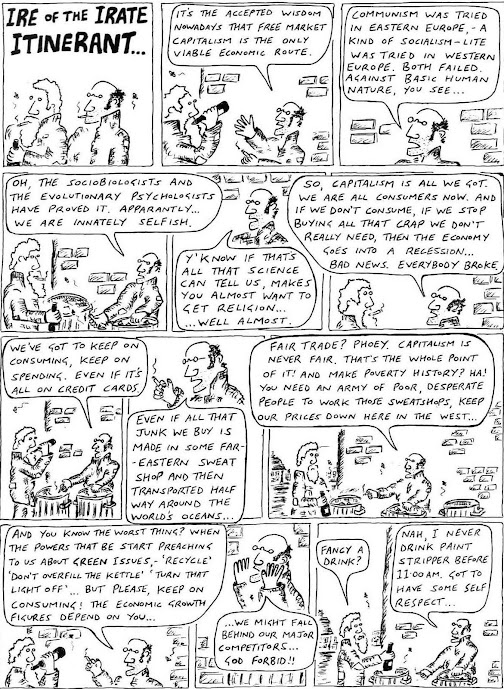