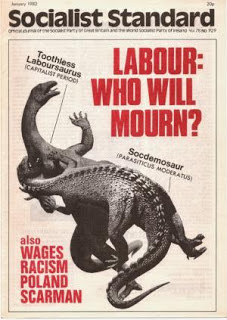 Since, the riot in the St Pauls area of Bristol in April 1980, there have been disorders on a comparable scale in a number of British cities. The most violent took place over three days in April in the Brixton area of London, but there were also large- scale incidents in Southall, Toxteth (Liverpool) and Moss Side (Manchester), as well as smaller disturbance in other towns. The impact of such events is intensified by live television coverage, which reveals their similarity to civil war and apparently shows a near-total breakdown of law and order. The government were worried, both about what was already happening and about what might happen in the future if the causes of such upheavals went unidentified and unremedied. Two days after the Brixton disorders had ended, Home Secretary William Whitelaw appointed Lord Scarman to conduct an inquiry into the riots. His report was published at the end of November (Cmnd. 8427).

Scarman has a reputation, in staid circles, for being something of a “radical” judge, a supporter of a Bill of Rights, and he is well practised at holding inquiries into social disorders of one kind or another. He has clearly learned (though perhaps it came naturally) how to draw conclusions and make recommendations that will offend no one in authority and yet serve as evidence that not quite all is well and that “something” is being done. For example:

I find that the direction and policies of the Metroplitan Police are not racist. But racial prejudice does manifest itself occasionally in the behaviour of a few officers on the streets (p. 127).
There is scope for a more coherent and better directed response by the police to the challenge of policing modern, multi-racial society (p. 128).

His strongest criticism is describing as “a serious mistake” the operation known as Swamp 81, which involved flooding selected areas of Brixton with policemen who were expected to make widespread use of their powers to stop and search people in an attempt to detect and arrest robbers. This operation heightened the impression that it was difficult, especially for the young and black, to walk the streets of Brixton without being harassed by the police.

The report begins by considering the social conditions in which the riots took place. A picture of deprivation and discrimination, the fruits of capitalism, is visible even through Scarman’s studied understatement. In the Borough of Lambeth, which includes Brixton, some twelve thousand households live in overcrowded conditions, and one-fifth of all the housing stock is officially substandard. The unemployment rate in Brixton is thirteen per cent, but among young black males it is estimated to be a staggering fifty-five per cent. The other riot areas have similar environments. In Scarman’s words:

The common strands in many of the major disorders . . .  are to be found in shared social conditions, in economic insecurity and perceived deprivation, in enforced idleness because of unemployment, and in the hostility of at least a section of young people to the police (p.14).

But these are merely “common strands”:

None of these features can perhaps usefully be described as a cause of the disorders, either in Brixton or elsewhere. Indeed, there are, undoubtedly, parts of the country which are equally deprived where disorder did not occur. But taken together, they provide a set of social conditions which create a predisposition towards violent protest (p. 16).

This is a comforting (for the ruling class and their government) piece of illogic.

Reaction to the report has been mixed. The Chairman of the Commission for Racial Equality described it as “brilliant”, which is a sad reflection on his aspirations. Ted Knight, lefty leader of Lambeth Council, observed that anyone on the local streets could have said what the report does, and complained that Scarman had not pointed out the new restraints on council spending — as if the past history of Brixton had not included periods of more public spending. The strength of Lambeth Borough Council’s proposals can be seen from their suggestion that the Metropolitan Police would be more answerable for their actions if they were accountable not to the Home Secretary but to a local Police Authority — just as the police in Merseyside are!

Of course, it doesn't matter how the police are controlled. Whatever system is used, they will continue to be the defenders of capitalist order and capitalist property. Imagine that everything the reformers want of the police has been achieved: no racial prejudice among them, black policemen at all levels of the force, local accountability, true consultation, riot equipment surrendered. The essential role of the police will not have been altered. Many of those who see police harassment as the major cause of the disorders are quite content to see the police carry out their duties, so long as they do so in a less objectionable manner. In the words of the leader of one of Brixton’s black organisations: “We do not object to what they the police do so much as to the way they do it.”

What is this essential role of the police? Scarman provides an answer which is eloquent largely for what it leaves unsaid:

the primary duty of the police is to maintain “the Queen’s Peace”, which has been described as the “normal state of society”, for in a civilised society, normality is a state of public tranquillity. Crime and public disorders are aberrations from “normality” which it is the duty of the police to endeavour first to prevent and then, if need be, to correct (p. 62).

In writing this, Scarman seems to have forgotten that part of his report which describes the “normal state of society" in Brixton, not an area noted for its public tranquillity. Slums, unemployment, insecurity, hopelessness form the Queen’s Peace in nineteen-eighties Britain, which we are supposed to believe is a civilised society! It is a topsy-turvy world in which penury and slums are accepted as normality, but that is the world and the logic of capitalism, and that is the world the police play a part in defending.

And that is the world at whose disposal Scarman has placed his services. The task of his inquiry was to alert the government so that it might tinker with a few things (such as longer training for police) in the hope that these will suffice to prevent such confrontations in the future. Socialists, having held our own inquiry into the nature of capitalist society, recommend that it be not tinkered with but replaced.
Paul Bennett
Posted by Imposs1904 at 6:29 AM 1 comment: