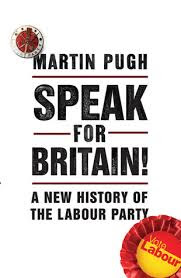 Book Review from the November 2011 issue of the Socialist Standard

Speak for Britain! A New History of the Labour Party. By Martin Pugh (Vintage) £9.99.

It’s not often that an entry in a book’s index gives rise to a chuckle, but that’s the case here. Under ‘Thatcher, Margaret’, the index lists a few page references and then states, ‘see also Blair, Tony’.

In fact Pugh clearly has it in for Blair, regarding him as an essentially Conservative figure. ‘When he announced his intention of becoming an MP friends laughed and asked: “Really, which party?”’. He was easily impressed by strong personalities, not just Thatcher but also George W Bush and Rupert Murdoch. Blair was also keen to ingratiate himself with others, and in 1982 he wrote to the then Labour leader, Michael Foot, saying, ‘I came to Socialism through Marxism’ (not that he has a clue about either).

Pugh has a point when he says that it is not really so odd for Labour to have been led by a Conservative, for ex-Tories had previously played a prominent role in the Party (such as Clement Attlee and Stafford Cripps). Tories and Labour agreed originally on issues such as protectionism, empire and alcohol, where Liberals took a different view. An internal Labour report of 1955 accepted ‘the absence of clearly defined differences between the parties’.

Unfortunately, Pugh gives too much emphasis to questions of leadership, claiming that the Labour Party has tended to choose the wrong leaders and then retain them for far too long. He uses the word ‘socialism’ a lot but never defines it, though he is no doubt correct in saying that Clause IV of the Labour constitution, with its commitment to nationalisation, was of largely symbolic value. Even Harold Wilson opposed its removal when Hugh Gaitskell tried to do away with it in 1959, though of course Blair achieved this in 1995.

Overall, Pugh gives a good factual picture of the Labour Party’s history, including its backing for wars and the British Empire, and its preparedness to undermine strikes. It  is odd, however, that he says virtually nothing about the actual formation of the Labour Party out of the Labour Representation Committee in 1906.
Paul Bennett
Posted by Imposs1904 at 11:40 PM No comments: 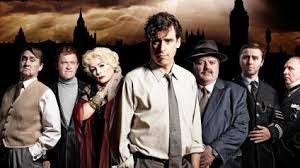 In the dark corridors beneath the Chilcot theatre, Gordon Brown has finally caught up with Tony Blair. He raises his gun and Blair tries to talk his way out of a tight situation one last time: “I think you’ll make a great Prime Minister. You’ll love it. The girls. The parties. Power’s a great aphrodisiac.” Brown doesn’t listen and, trembling, he pulls the trigger.

And so marks the end of Blair’s escape from those who turned on him, as imagined in The Comic Strip Presents: The Hunt For Tony Blair. This enjoyable one-off reunited the team who have been making short comedy films since Channel Four’s launch in 1982. Previously, their output has included both the miners’ strike and Ken Livingstone’s takeover of the Greater London Council filmed in the style of Hollywood blockbusters. The Hunt For Tony Blair developed this approach by presenting Blair’s downfall as a 1950s film noir.

On the run for murder, he finds himself abandoned by his previous allies, including a sinister, camp Peter Mandelson who changes sides to help Blair’s pursuer, Inspector Hutton. He’s even rejected by George W. Bush, here depicted (probably for the first time) as a mafia godfather out to “fuck Iraq”. But the most memorable performance is from Jennifer Saunders, playing Margaret Thatcher as a faded movie star. Lying on a chaise longue, she reminisces over old footage of the Falklands War before seducing Blair in her four-poster bed.

Keeping the satire this loose allows the Comic Strip team to get away with scenes like Blair pushing Robin Cook from a mountain during “a friendly walk in the Highlands”. But elsewhere, the film skirts closer to reality, especially in Stephen Mangan’s spot-on portrayal of Tony Blair as someone too self-satisfied to accept his guilt as a murderer.

What was the theme of this year’s Labour Party Conference?

Many responsible newspapers have been worried for a long time at Labour’s inability to dent the Tories’ confidence. None of them want to see the British capitalist class having to rely upon only one party to form their governments for them.

So they were full of concern that Labour should have a dignified conference. They all hoped for the sort of inoffensive, meaningless resolutions which would make the Labour Party appear as a party which any man of good will could vote for.

This is what is needed to make Mr. Gaitskell anything like a reasonable bet for Prime Minister.

The platform at Brighton played exactly as the press had advised and, except for one or two resolutions, the conference as a whole also fell into line.

This is the logical end to the Labour Party road of power conscious, capitalist reform policies. It is the end which Socialists foretold over fifty years ago, when the Labour Party were busily dubbing us Impossibilists.

Perhaps some of the Labour pioneers never thought it would come to this.

Blackpool, 1961, has done its share to show how wrong they were.