Weekly Bulletin of The Socialist Party of Great Britain (102)

Welcome to the 102nd of our weekly bulletins to keep you informed of changes at Socialist Party of Great Britain @ MySpace.

The Socialist Party of Great Britain holds its annual Summer School 26 - 28 June 2009 at Harbourne Hall, Birmingham. Members and friends from across Britain and beyond will gather to exchange ideas and experiences in all aspects of socialist activity and thought. The theme this year is "Revolution: The Theories, The Past, The Future". 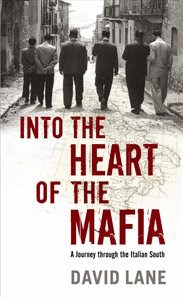 David Lane: Into the Heart of the Mafia. Profile

I didn’t expect a book on the Mafia to be all that interesting or relevant, but in fact Lane’s investigation can be interpreted as shedding some light on the operations of capitalism.

Italy became a unified state fairly late on, in 1861, and the south of the country was for a long time isolated and barely under the control of the central government in Rome. As a result, a sort of private police force filled the vacuum and administered its own kind of ‘justice’. Basically, a set of thugs and gangsters, they evolved into the Mafia, a term which covers at least the Cosa Nostra in Sicily, the Camorra in Campania and the ’Ndrangheta in Calabria.

Their activities now include robbery and murder, loan sharking, extortion and protection money. Anything that involves money-making attracts them, such as the university in Messina on Sicily, which is the town’s biggest business. The construction industry, and public works in general, is another area where the Mafia can extract money. It’s estimated that about half of the £24 billion paid for reconstruction after an earthquake near Naples in 1980 ended up in the hands of the Camorra. Burying toxic waste with no regard for the environmental consequences also brings in big profits. All this goes on with the connivance of many in business, government and the Catholic church.

The south of Italy still represents a relatively unattractive place for companies to invest in, since a return on investment requires a level of security that is mostly lacking. Capitalism, then, needs its version of law and order, and the Mafia-controlled regions are a clear demonstration of what can happen when this does not exist.

For the working class, the consequence of Mafia rule are dire, with very high levels of unemployment and high drop-out rates from school. With legal jobs hard to come by, many are attracted to work for the Mafia. Someone who then wishes to break free may be killed as a warning to others. At the same time, though, members of agricultural cooperatives farming ex-Mafia land show a great deal of courage in resisting sabotage and intimidation.

As one of Woody Guthrie’s songs says, ‘Some will rob you with a six gun and some with a fountain pen’. There is more than one way for workers to be exploited and oppressed, and the Mafia are the way of the six gun.
Paul Bennett
Posted by Imposs1904 at 11:56 AM 1 comment:

From the June 2009 issue of the Socialist Standard

Amid the uproar over the MPs' expense claims, we should not lose sight of an important fact. Unlike applying to be reimbursed for the cost of dog food or a swimming pool, much of what our representatives in Parliament do is a waste of time. Claiming to make us all more secure by controlling the economy they endlessly debate their Budgets, financial statements and regulations but when there bursts onto the scene something like a credit crunch – a recession, a slump – they are revealed as powerless to do more than mouth baseless analyses or predictions while capitalism grinds on its barbarous way.

It is much the same about crime as one government after another, on a promise to reduce the problem almost to elimination, churns out a legislative flood providing for more stringent penalties and to re-define some behaviour from legal to criminal. For example the Fraud Act of 2006 was designed to make it easier for the prosecution to get convictions for offences of fraud and increased the maximum sentence from seven to ten years. There is a certain irony about this reform, as it would have an effect on those Honourable Members who passed it into law but may find themselves in court for so profitably exploiting the loopholes in Parliament's system of allowances to claim for a non-existent mortgage or for making false declarations to the Customs and Revenue. Meanwhile crime continues to be a disfiguring problem, of an intensity which shows no significant evidence of being influenced by Parliament's professed attempts to control it; its origins lie outside the scope of such delusions.

System
But of course the MPs have to believe that what they do is vitally important; otherwise their self-esteem would suffer such serious damage as to make it very difficult for them to discuss their own wages, extra allowances and working conditions – or rather their improvement. When, during the recent storm of protests over their finances they were being questioned by nosey journalists, a common response was to blame the whole problem onto something they called “the system” which everyone knows to be sadly defective and in need of immediate re-ordering. This breathtakingly implausible argument ignored the fact that “the system” was itself the creation of MPs who, while often denouncing workers as irresponsible wreckers when they try to improve, or even defend, their living standards are allowed to better their own wages and the like. It also took no account that the discredited claims for the extra allowances breached the requirement – which was intended to give the impression of adequate safeguards – to be for “additional costs wholly, exclusively and necessarily “ incurred in their work – which did not mean cleaning a moat or installing a home cinema.

Mullin
In July 2001 Chris Mullin, the Labour MP for Sunderland, made himself unpopular by opposing a Commons motion to increase MP's wages by £4000, tabling an amendment to align rises with those for nurses, teachers and the like. Mullin thought the opposition to his amendment was meant to approve the original motion on the nod, avoiding any debate and implicating all the MPs. Unsurprisingly he lost his amendment, the MPs awarded themselves the rise and an increase in the accrual rate of their pension from 50ths to 40ths – which Mullin furiously described as “shameless”. It is not known whether he felt some grisly justification when, in the following year, the Tory MP for Windsor, Michael Trend, was suspended for two weeks after the Mail On Sunday revealed that he had claimed almost £90,000 in accommodation allowances although he lived in his constituency. Trend did not stand in the 2005 election and his successor in the seat, Adam Afriyie, is reported in the Daily Telegraph as not making any claim.

McNulty
Another example of what might be moderately called double standards is Tony McNulty, Labour MP for Harrow. McNulty is known as a bruiser, someone to be relied on in the TV studios to dismiss any critic of the New Labour method of running capitalism as mad or malicious or both, hardly worth any attention from a Minister in the Department of Work and Pensions, with responsibility to crack down on anyone caught making false claims for state benefit. He recently declared that such people are “benefit thieves” who will be ruthlessly hunted down by use of developed technology and “face imprisonment, fines and other penalties. We will also make sure they pay back the money they have stolen...and seek to ensure any proceeds from their crime are confiscated too”. However McNulty has also been caught out – not through any technological device but by simple journalistic trawling through Parliamentary records – in behaviour which some of his constituents might regard as a kind of theft, claiming almost £60,000 allowance for a house in Harrow which he owns but which he should not claim on because it is where his parents live. His home, which he shares with his wife, is in Hammersmith. All of this was in spite of the rule that all claims for the Additional Costs Allowances must be “above reproach” and not encourage any speculation that the object is “...benefiting from public funds”.

McNulty conceded that his claim may be “a bit odd” but justified it on the grounds that “everyone does it” – by which he presumably meant every MP, but not every benefit claimant. He was at first resistant to even paying back the money – although if he ever comes into court in the matter, as many people outside his constituency as well as inside it hope – to try to buy his way out of trouble in that way is unlikely to significantly affect the outcome. In any case he would surely be the last to suggest that he should be treated any more leniently than the benefit fraudsters he so zealously persecutes. That the scandal of parliamentary allowances has revealed so many MPs as devoted, persistent practitioners of the art of double standards should surprise nobody. For the reality is that the capitalist system which governments profess to be able to control is itself a massive, universal fraud on the majority of its people.
Ivan
Posted by Imposs1904 at 11:45 AM 1 comment: