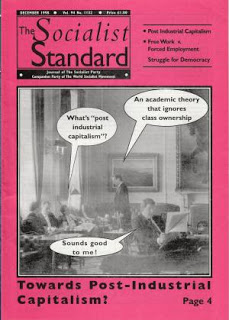 Many years ago when my daughter was young I was invited by her school, along with other parents, to attend an open evening. It was a small middle school in a tiny Norfolk market town and as we had lived in the area for only about six months I was looking forward to meeting the other parents as well as to soaking up some of the atmosphere of the place where my offspring spent every day of the week being trained to serve capitalism.

Readers who are parents will be familiar with school open evenings, events where we may scan exercise books for any signs of genius in our kids, examine pieces of artwork, and even hear about misdemeanours, lack of personal concentration, or accusations of "not trying". The impression I got that night was that my own little darling had her nose pretty much to the grindstone and would one day prove an excellent commodity in the job market. Much as I was concerned for her personal development I, nonetheless, knew that this is how it would be, how it is for us all, though the individual rewards we receive for it do vary.

After interviews with teachers I wandered off to see if I could get a cup of tea anywhere and make an unofficial exploration into areas of the school which were not, seemingly, open to parents. In a corridor I came upon a room filled with men and women, where a table was laid with biscuits, sandwiches, tea, coffee and wine. I was staring at the table when someone asked "Red or white?" and a glass of wine was shoved into my hand and I was told to help myself to food. Whilst sipping my wine I took a good look at the other people present. It struck me that they all looked incredibly smart, the men in suits, the women in dresses, one or two in evening dress, making me feel strangely out of place in my blue jeans and tee shirt. (I had been doing a spot of gardening only that afternoon and had not thought to change.) One or two curious glances were cast in my direction and an elderly man asked me who I was. When I told him he looked perplexed. "Heather who?" I shuffled off guiltily to seek out the peanuts.

The headmaster, Mr Wallace, appeared, his face wreathed in smiles as he greeted his guests. I reflected that on the couple of occasions I had met with him he hadn't smiled at me like that! He addressed a tall man as "Director" and shook his hand warmly—far too warmly I thought. A woman was wearing a good deal of hardware round her neck. Chains of office? A mayoress no less. It was at last beginning to dawn on me that I, a mere parent, was not meant to be a part of this little gathering. Not for the parents the effusive headmaster, the special room, the wine and the dainty sandwiches.

Suddenly Mr Wallace was by my side. "Ah. Rachel's mother, isn't it? How's it going?" he said with a sickly smile. Neither of us was comfortable with each other. I munched steadily on my peanuts while he told me that the room was reserved for "local dignitaries". There was something about the way he said it. Then he whizzed off to the other side of the room and was soon engaged in conversation with a man who wore a bow tie.

I took the hint. After two cucumber sandwiches and a second glass of wine I decided it was time I left. As I edged my way to the door, a hand on my arm detained me, though temporarily, "You must be Mrs Rogers," said a glamorously attired woman weighted own with jewellery. "No," I told her, "I'm only one of the parents", and quickly made my exit. 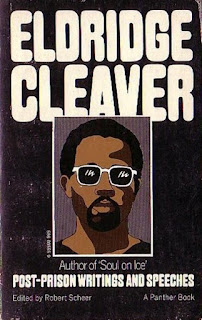 Obituary from the July 1993 issue of the Socialist Standard

We regret to announce the death of our comrade Jack Moore in Evenley, the Northamptonshire village where he moved after his retirement. Jack Moore joined the Socialist Party in 1941 after a brief period in the Labour Party. After the war he was an active member of the old Bloomsbury and Camden branch. An architect by training, he lectured for many years on architectural acoustics at the Regent Street Polytechnic (now the University of Westminster). He was a recognised expert in this field and from time to time contributed articles on noise and on housing, but also on economic questions, to the Socialist Standard. He also designed the front covers of a number of pamphlets the Party produced in the 50s, 60s and 70s. After he moved away from London he continued to contribute to Party activity by becoming the secretary of the committee dealing with postal applications to join our Central Branch, and many of those joining this branch in recent years will no doubt recall corresponding with him.
Posted by Imposs1904 at 1:25 AM No comments: