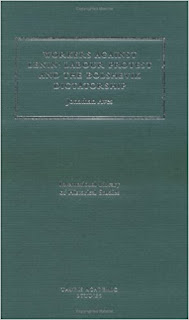 Book review from the December 1996 issue of the Socialist Standard

A so-called Workers' State that oppressed the workers was not just a feature of Russia under Stalin. It also existed under Lenin and Trotsky; in fact, it was they who laid the foundations for the reinforced dictatorship Stalin later built up.

In 1920 the Civil War ended and the Western powers' blockade of Russia was lifted. The workers, who had suffered terribly from food and fuel shortages and from harsh labour discipline, expected improvements in their conditions. The Bolshevik government, however, made no immediate steps in this direction. The result was a wave of labour discontent which lasted until 1922 and which Jonathan Aves here analyses in detail on the basis of contemporary Russian press reports and other archive material.

The coming of peace led to a debate in the Bolshevik Party as to how to deal with the working class. Trotsky, fresh from his military success as commander-in-chief of the Red Army, notoriously favoured the militarisation of labour; which would have meant that absenteeism would be treated as desertion and strikes as mutinies, to be punished in accordance with the terms of the military code of discipline. Lenin was more flexible; he wanted to maintain the Bolshevik dictatorship at all costs and was prepared to make some concessions to the workers to achieve this. Another group, known as the "Workers' Opposition", composed largely of Bolshevik trade unionists, was more favourable to the demands of the workers.

Russian workers at this time had many grievances. They objected to not being allowed time off to search for food and wood in the countryside. They objected to having to work compulsory unpaid overtime on traditional holidays, even on May Day. They objected to their unions being taken over by the Bolsheviks and turned into organs of managerial control, labour discipline and speed-up. In a number of places they went on strike and elected as their representatives members of the non-Bolshevik anti-Tsarist parties such as the Mensheviks and the anarchists.

Lenin was not amused. The strikes were suppressed. Many of the strikers were sent to labour camps. Some were shot. Some concessions were finally made but not until 1921 when Lenin announced to the 10th Congress of the Bolshevik Party a "new economic policy" which, among other things, allowed local peasant markets, where the workers had traditionally bought their food but which the Bolsheviks had suppressed, to operate again.

But there was a price --the suppression of the few remaining vestiges of independent trade unionism that had managed to survive the first years of the Bolshevik dictatorship. The unions became incorporated into the state; in fact, ceased to be unions, becoming instead organs of the state similar to the Labour Front Hitler later set up in Germany. This, let it be noted, was done under Lenin and Trotsky and was not a product of a later "Stalinism". The Menshevik leaders were forced into exile. The "Workers' Opposition" --and all other "factions"-- within the Bolshevik Party was banned, so establishing the principle of "monolithic unity" of which the next victim was to be one of its main architects . . . Trotsky.

From a socialist point of view the Bolsheviks had got themselves into an impossible position. Having seized power as a minority in a country where socialism was not possible for all sorts of reasons (economic backwardness, isolation from the rest of the world, lack of a majority will for socialism), they had no alternative but to do the only thing that was possible: to continue to develop capitalism.

The Bolsheviks found themselves in the position of having to preside over --and, in fact, to organise-- the accumulation of capital. But, as capital is accumulated out of surplus value and surplus value is obtained by exploiting wage-labour, this inevitably brought them into conflict with the workers who, equally inevitably, sought to limit their exploitation. The Bolsheviks justified opposing and suppressing these workers' struggles on the ground that they (the Bolsheviks) represented the longer-term interests of the workers. But did they?

Certainly, they claimed to be acting to further the cause of socialism, but Marx when formulating his materialist conception of history had already pointed out that you shouldn't judge a historical movement by what it said --and genuinely thought- it was doing but on what, objectively, it did. And objectively what the Bolsheviks did was to develop capitalism in Russia in the form of what Lenin himself in his more honest moments called state capitalism. 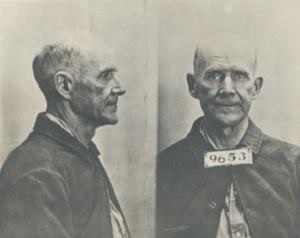 From the November 1985 issue of the Socialist Standard

Eugene V. Debs was born 130 years ago, on 5th November 1855. Although a member of the reformist socialist Party of America, in his speeches and articles he came nearer to the socialist position of the SPGB than any other prominent political orator in America, as the few extracts we give from his most famous utterances clearly show.


Debs' story is a classic case of the dictum of Marx that trade unions are a school of communism (socialism). Starting work as a rail-shop boy at fourteen, by sixteen he was loco-fireman stoking the dangerous, unreliable prairie engines with the typical reckless disregard for workers' safety which has always characterised American capitalism. In 1878, at only twenty-three years of age, he became Secretary of the newly formed local of the Brotherhood of Locomotive Firemen. Two years later, he was Secretary of the entire union, and editor of the Firemen's Magazine. He was an indefatigable organiser – riding the engines, trampling through railway sheds in sleet, snow and rain, fighting with train-cops and rail detectives. He soon realised, however, that a separate Firemen's Union was not good enough. He started organising all railmen, and for this reason resigned as Secretary of the Firemen's Union. The resignation was unanimously rejected. He then organised the American Railway Union – and its first successful strike.

Then, in 1894, came the Pullman strike, ruthlessly crushed by Federal troops. Debs was sentenced to six months' imprisonment for "contempt of court", ninety-one years before the Thatcher government used the same device against striking miners. Debs, brooding in his Woodstock gaol, tried to make sense out of the debacle. The more he thought, the clearer it all became: "In the gleam of every bayonet, and the flash of every rifle, the Class Struggle was revealed". In gaol he read avidly. Bellamy's Looking Backward, Karl Kautsky, Robert Blatchford - but, most importantly, he was visited by Victor Berger, who presented him with a copy of Marx's Capital. According to professor Schleswingen (to whom we are indebted for the biographical details): "A tough pragmatic trade unionist had entered Woodstock jail, a radical well on the way to socialism, departed six months later". One hundred thousand workers jammed the streets of Chicago on his release.

In 1897 he achieved the remarkable feat of transforming an industrial union into a political party: the American Railmen's Union became the "Social-Democratic Party of the USA". Although helping to form the Industrial Workers of the World (the Wobblies), and condemning the Socialist Labour Party of Daniel De Leon, Debs kept scrupulously to his conviction that only political action for socialism could emancipate the working class.

In 1918, "Debs was no pacifist but he objected to capitalist wars". He was charged with "uttering words intended to cause insubordination and disloyalty within the military forces of the United States". In April 1919 he was sentenced to ten years' imprisonment. In 1920 the Socialist Party of America nominated Eugene Debs, convict no.9653 at Atlanta gaol, for President of the United States – the only case, as far as known, of a serving prisoner so proposed. He polled 900,000 votes, in spite of the intransigence of the "liberal scholar" Woodrow Wilson, who declared: "he was a traitor to his country. He will never be pardoned during my administration."

Warren G. Harding, who succeeded Wilson, released Debs in 1921. The old man, now broken in health but not in spirit, though welcoming the Russian Revolution as first, soon became one of the Bolsheviks' most forthright critics. He would not accept the interference and attempted domination of the Communist International they had set up: "When they proceed to dictate to the Socialist Parties of other countries as to how they should conduct themselves, it seems to me to be the time to back up." As for the American Communist Party, he commented that "any underground radical movement in the United States is not only foolish, but suicidal". According to Professor Schleswinger, "Debs held firmly to democratic traditions of change through debate and consent. He avoided the syndicalist terrorism of the IWW and the conspiratorial disloyalties of the Communist Party."

Debs died on 20th October, 1926. One of the most popular orators of the entire American continent, his simple, direct style inspired thousands of American workers. His speeches endeared him to socialists everywhere and are still quoted today with telling effect.

EXTRACTS FROM SPEECHES BY EUGENE DEBS