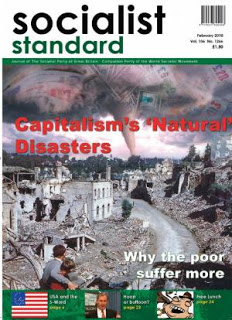 
They tell us that we “the taxpayers” did? But it’s not as simple as that

Some of these criticisms are justified. Some are not. Banks don’t produce anything useful, even if they perform a useful, in fact an essential role, under capitalism. On the other hand, they didn’t cause the crisis, even if they did overstretch themselves like any other capitalist business does when faced with easy profits. It is this general capitalist drive for profits that causes crises from time to time. They were bailed out, but not by us.

True, anybody in employment can produce their payslip and point to a deduction for income tax. But who actually pays this to the state? You don’t. Your employer does. In fact you never see the money that is deducted from your gross pay. It was never really yours. Putting it on your payslip is a bit of creative accounting. What’s important is the bottom line – your net pay, what you actually take home.
Even if you did have to actually pay income tax yourself, as you do with some taxes (council tax, for instance), it wouldn’t make much difference since it’s your net pay – what you have to live on – that’s important for the labour market. Apart from the fairly short term this has to reflect the economic fact that, if you are not paid enough, you won’t be able to keep your working skills in proper working order and your employer won’t be getting what they are paying for.

If, instead of your employer paying “your” income tax, you had to pay it yourself the employer would have to let you take home more to cover this so as to allow you enough after-tax money to keep your skills in working order.

It’s the same with sales taxes such as VAT. This increases the cost of living, and so the amount of money you need to fully reproduce your working skills. It’s not really paid by you, but is passed on to your employer.

In the end, then, whoever physically pays them to the state, taxes fall on employers (and other property owners). We wage and salary workers are not the real taxpayers. They are.

It is true that the profits, out of which members of the capitalist class pay taxes, originate in the surplus value that productive workers create over and above the value of the mental and physical energies they sell to their employer for a wage or a salary. So, yes, ultimately taxes and bailouts to banks do come from the wealth workers produce. But not directly. We’ve already been fleeced. Taxes fall on those who have fleeced us. They are the ones who, via the state, bailed out the banks.

They didn’t like having to do this, even if they recognised its necessity. And they don’t like the banking capitalists exaggerating. Hence their attempt, via the media, to mobilise us against “the bankers”. But the excesses of the bankers, outrageous as they are, are not really our problem. It’s a case of thieves falling out, over what’s already been robbed from us. Certainly bankers are useless parasites, but parasites on parasites – on those who directly exploit productive labour.

Not all the money to pay for the bail-outs came from taxes. Some came from money the government borrowed – from other capitalists. The capitalist class, as taxpayers, don’t like this either because it means that a portion of the taxes that fall on them has to go to repay with interest those capitalists who lent the government the money. That’s what servicing the so-called ‘National Debt’ (actually the debt of the capitalist state) involves: a transfer of wealth from one section of the capitalist class to another section. So, again, not our problem. It’s their debt not ours.

Except that the capitalist class – and their political representatives in the Labour, Tory and Liberal parties who are vying with each other with talk of a ‘new Age of Austerity’ and ‘savage cuts’ – have started a campaign to defray some of the costs of these payments to their fellow capitalists by cutting down on the payments and services they reluctantly provide for the working class. But then, under capitalism, workers always get the shitty end of the stick. Which is one good reason why we should not put up with capitalism any longer.
Adam Buick
Posted by Imposs1904 at 5:55 PM No comments:

This is an unusual book, written by a hedge fund manager. It verges between conventional orthodoxy and the highly unorthodox. In many respects it is as much a book about philosophy, thinking and perception as it is about economics, and not unlike recent works by George Soros in that respect.

Lonergan has read Marx, Hayek and many of the key financial analysts of the contemporary era, from Markowitz to Shiller. He has provided a synthesis of their views about markets and money, underpinned by his philosophical readings from his earlier academic studies. These at times border on the insightful but ultimately disappoint.

His discussion of inflation is an obvious case in point. As early as the first chapter he writes:

‘Many people believe that their money is stored in a safe at the bank, if they think about it at all. Ignorantly, we think of a deposit with a bank as money; indeed, in most of economics deposits are referred to as “money”, and are categorized as such in official statistics, which is misleading. Deposits are not money: they are loans we make to banks’ (pp.11-12).

This is quite true and one of the reasons ‘credit creation’ ideas still peddled by some economists are erroneous, along with theories which try to explain rising prices with reference to the expansion of bank deposits. However, he also says:

‘…the solution to a banking panic is effortless and disconcerting: a central bank merely needs to say that it will create as much money as is needed, and provide this to the banks, and everyone should calm down’(p.12).

Later, he writes of ‘an irrational fear of inflation’ (p.133), but these fears are not necessarily irrational. This magazine has chronicled for decades how an excess issue of inconvertible paper currency (beyond that needed for production and trade) leads to an artificial bloating of monetary demand known as inflation. This has been a consistent phenomenon since the late 1930s/early 1940s and in some periods, such as at times in the 1970s, has been quite significant.

At present, the extent to which a tactic like ‘quantitative easing’ can lead to cost price bubbles and can lead to an excess note issue will be the extent to which underlying inflationary pressures will re-emerge with a vengeance within the capitalist economy. Lonergan clearly missed the relevant chapters in Marx’s Capital where the inflationary process – and the explanation for it – is discussed, or has at least failed to apply it to the contemporary situation. It would certainly help explain to him why inflation is a monetary phenomenon created by governments through central banks which cannot, of itself, solve any of the other economic problems endemic to capitalism.