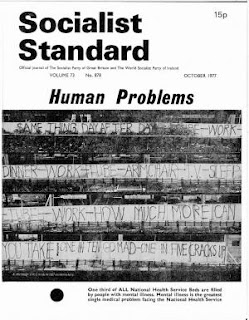 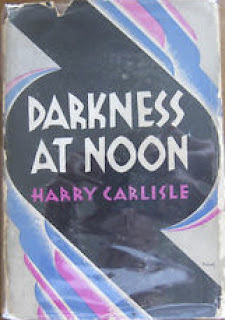 Book Review from the September 1932 issue of the Socialist Standard

The central figure in this story of mining is a miner, called "Red."

"Red" is no ordinary miner. Of great physical strength, he is much admired by his mates, chiefly because of his ability to earn double their wages; he is the champion hewer.

But "Red" is not satisfied. He hates the mines. He yearns for the "green earth above, lovely with sunshine." He longs furtively for the warm love of women but, conscious of his awkward body and simple mind, he avoids them. To escape from the mines and to satisfy the cravings of his body became the dominating purpose of his life. He conceives the idea of buying a cheap and dingy "pub" with his savings, and with it to attract a barmaid to be his wife. He succeeds. Then begins disillusion. "Red" does not leave the mines. His mercenary barmaid-wife uses her charms to prevail upon him to remain at his work until the "pub" is a success. The "pub" becomes an inn, enlarges, and engages a staff. Still "Red" remains a miner.

The threads of the story are drawn into a swift and dramatic climax. "Red," disillusioned, maddened with jealousy and doubts of his wife's fidelity, almost blinded by an eye disease contracted in the mines, murders, in the mines, a mining engineer, he suspects to be his wife's lover, strangles his wife, sets fire to the inn, and, in his mad flight from the scene, hurls himself to destruction down a disused mining shaft which his failing eyes prevented him from seeing.

The story, which sags in parts, is graphically written and with simple literary force. "Red" is read. The sanctimonious labour leader, the union official, the agitator and the Ruskin man, who are impelled into the book without essential connection with the story, are all real and can be met among any section of organised workers. It has been said that this book is socialist propaganda. It is not. One is left with the feeling that Mr. Carlisle's talents has been wasted on a sex-baffled miner.
DON.
Posted by Imposs1904 at 6:52 AM 1 comment: