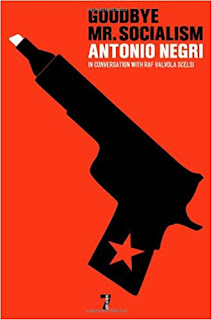 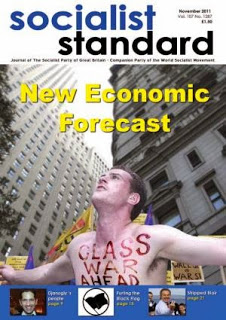 From the November 2011 issue of the Socialist Standard

Even supporters of capitalism can see this – at least some of the time.

One of the trends of political reporting in recent years has been to announce the odds being given by bookies of a particular outcome of an election.  On the face of it, this makes a lot of sense.  Punters will use the information they have to hand to gauge the mood of the electorate and risk their money.  The fact that many of them do so separately should draw out the “wisdom of the crowd” and provide the best analysis short of the actual vote itself.  Of course, this face value isn’t the whole story:  candidates may try boosting themselves by encouraging supporters to bet on them; large-scale betting syndicates may skew the odds through their betting patterns; punters may follow the crowd and bet on the short odds, hoping for a win; some people may just place a flutter without caring if they win or lose. Which is why we don’t decide elections based on the bookies odds alone, and wait till the actual vote.

Some people, though, think that that is a good way to organise producing and distributing what we need.  There was an idea, with considerable traction in academic and official circles, called the Efficient Markets Hypothesis, which held, as a recent UN report puts it, ‘that all publicly available information is immediately reflected in prices. In its strong form, the EMH contends that even private information – available only to individual market participants – is reflected in the price through the effects of the transactions of the persons in possession of the information.’ (Link.). In short, it holds that market prices (particularly stock market prices) are always right, and we shouldn’t try and second guess the market.  Almost no-one, in the aftermath of the financial crisis, seriously puts this case forward any more – although a few bitter-enders maintain it was the state failing to leave it to markets that caused the crisis; and doubtless a new version will appear if the economy returns to steady growth.

The UN report, Price formation in financialized commodity markets: the role of information, delivers an academic coup de grace to that idea.  It analyses recent trends in food markets, with a view to explaining their apparent volatility.  It finds ‘market participants also make trading decisions based on factors that are totally unrelated to the respective commodity, such as portfolio considerations, or they may be following a trend.’  It explains this by identifying a difference between commodity markets (trying to profitably get goods to where they are needed) and financial investment (which is about maintaining a portfolio of investments and following a pattern of earnings, irrespective of the goods/outcomes involved).  When this latter predominates, then, they note, rational use of information goes out of the window:

‘In an environment of herd behaviour there are limits to arbitrage. Acting against the majority, even if justified by fundamentals, may result in large losses, often of borrowed money. It may therefore be rational for market participants to ignore their own information and follow the trend. This is what many financial players do by default, basing their trading decisions purely on the behaviour of price series (algorithmic trading), which can lead to a commodity price bubble.’

That is, it becomes harmful to act on good information against the flow of the market.  A “weight of money” effect can come into play.  If, for example, an investor commits a large sum of money relative to the market, and then faces liquidity constraints. This may push market prices in the wrong direction. In particular, since many investors rely on computer programs to organise their trades, there is a risk of re-enforcing herd behaviour due to the fact that the software is following the same set of algorithms and programmed responses: like an evolutionary ecology lacking diversity, it may work well for a while, but a small change in the environment could see everyone killed off.

A recent report by the UK Government Office for Science, entitled "The Future of Computer Trading in Financial Markets” identifies:

‘three main mechanisms that may lead to instability when financial markets involve significant proportions of CBT [Computer Based Trading]: nonlinear sensitivities to change (where small changes can have very big effects), incomplete information (where some agents in the market have more, or more accurate, knowledge than others), and internal “endogenous” risks based on feedback loops within the system.’ (Link.)

They also, though, find that computer-based trading is more efficient than human trading.  That may be, as another study has shown, that human traders do not behave in a rational manner at all.  According to Der Spiegel a study at the University of St. Gallen has found traders behave in a reckless manner:

‘the bankers weren’t aiming for higher winnings than their comparison group. Instead they were more interested in achieving a competitive advantage. Instead of taking a sober and businesslike approach to reaching the highest profit, “it was most important to the traders to get more than their opponents.(…) And they spent a lot of energy trying to damage their opponents.’ (Link.)

Rather than behaving like parts of a rational algorithm, they behave like primates in a status competition. In either case, whether it is computer or primate driven, the financial markets, according to the UN report, have expanded massively into the food production process.  Its authors speculate that this may be attributable to the 2000 financial crisis (the collapse of the dot.com bubble after the Asian Tigers wobble) as investors sought to find a new safer profitable place to put their money.  In other words, the real world need of human beings to eat became subsumed to a (virtual) game of profit making ever more divorced from reality.

The important thing about all these reports is the emphasis they put on the flow of information in the production process.  As the UN report notes:

‘There is ample information on physical commodity markets, but it is not easy to obtain in a systematic way. A number of sources provide the same information, but in different formats. It therefore takes time and expertise to find out which are the most useful, relevant and reliable sources of information required for a specific commodity. Even from a single source the multiplicity of information products can make it rather cumbersome to access the targeted information. The various sources of information include official sources, such as international organizations and study groups, organizations specializing in specific commodities or groups of commodities, and governments of countries which are key players in the commodity markets, such as Australia and the United States, as well as private sources. In many cases, even from official sources, the information is not publicly available and can be accessed only against payment.’

This, in part, illustrates what a simple idea socialism is: that that information about production and stocks will be opened up and consciously shared.  It doesn’t require complex mathematics, or the invention of the new way of doing things, but a framework allowing the opening up and provision of information currently hidden behind and distorted by the operations of the financial market and indeed of the whole market system.  The brains of mathematicians currently behind the computer trading programs could be put to use finding creative and useful ways of enabling the free information to find its way to the hands of those who need to organise producing and distributing what we need.  Socialism will not be the result of advances in computing, but it could certainly benefit.  Even aggressive bankers will see that they would benefit: after all, many of their jobs are now being mechanised away.  We can see to it that getting food for everyone isn’t a gamble. It’s what might be called the Efficient Non-Market Hypothesis.
Pik Smeet
Posted by Imposs1904 at 2:09 PM No comments: