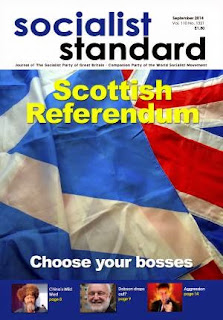 Stone Age violence: old or new?
Dear Editors
Thanks for sending me this article. As you guessed, I'm not convinced. The evidence for lethal violence goes back well beyond the neolithic revolution (there's a fairly recent list of examples going back at least 500,000 years available in Table S2 of this link, and there are large massacre sites from about 11,000 BC onward. The arithmetic in the article is also misleading. A rate of violent death of 10-20% would mean that your group of 30 HGs would experience 3-6 violent deaths per 30-year generation, which means one killing per 5-10 years. The level of killing mentioned in the article, of 3-6 people per year, would add up to 90-180 violent deaths per 30-year generation, or a rate of 300-600%. That obviously makes no sense, and whoever wrote that paragraph should have realized that he or she had got the sums seriously wrong. On Palaeolithic demography, the skeletal evidence is very clear that the modal adult age at death was somewhere in the thirties, not 72. And Gurven and Kaplan aren't saying that the modal age at death among Palaeolithic hunter gatherers was 72; if you look at their Figure 1d, it shows that they estimate that only 20% of h-g's would have still been alive at 70. If you discount the 40-45% of people who died by age 15, the modal age at death for adults is still going to be somewhere in the early 40s. And one other factual point--whoever wrote the article can't seem to decide whether my name is Morris or Harris.
I think the article also gives Steven Pinker both too much blame and too much praise. The real starting place for the new understanding of prehistoric violence is Larry Keeler's 1996 book War Before Civilization, and the most important analysis extending this perspective through historically documented times is Azar Gat's 2006 War in Human Civilization. Pinker certainly did an impressive job in The Better Angels of Our Natures, but he shouldn't have to bear the lion's share of the criticisms. I'm also kind of baffled about why so many people want to make this debate a left-right issue. I was just today interviewed on a radio show in Washington called ‘Left Jab,’ which is very left of center, and they didn't seem to think the new understanding of the history of violence was a right-wing plot. When Marx and Engels wrote about prehistory they used the most up-to-date scholarship then available, but back in the 1870s and 1880s archaeologists basically knew almost nothing about anything before 1000 BC. If Engels were writing his Origins today, it would be a very different book.
It sounds like this article was just talking about the short essay I wrote for New Scientist. If you have time to look at the book that was summarizing, I'd be interested to hear if you still feel the same way.
Ian Morris (by email)

We’re sorry about the mix up over names.
The evidence in Table S2 shows various injuries to the cranium, thorax, ribs, pelvis, shins and feet, most of which also show subsequent bone regrowth and/or infection or osteoarthritis, meaning that the victim usually survived. It’s not obvious what caused the injuries, however the presence at the Lion Rock site in China of bones from rhinoceros, bear, wild dog, hyena and tiger invites an easy speculation. Life in the Pleistocene could well have been risky, even dangerous in places, but it seems a leap on this evidence to guess that the main source of human injuries was other humans.
In the study we cited, Gurven and Kaplan discuss severe difficulties in reconstructing prehistoric life tables because of systematic biases in bone ageing techniques, and then state that ‘while excessive warfare could explain the shape of one or more of these typical prehistoric forager mortality profiles, it is improbable that these profiles represent the long-term prehistoric forager mortality profile. Such rapid mortality increase late in life would have severe consequences for our human life history evolution…’(p 345), which is pretty much what we said in the article.
The New Scientist article was necessarily short but it ought to have stated that the 10-20 percent fatality estimate was per generation, not per year, which omission of course was the source of our claim that the loss rate was absurdly unsustainable. Even at this lower rate, common sense suggests that small HG bands would regard ANY loss as too costly and therefore do everything in their power to avoid conflict, probably by moving away, a tactic which perhaps drove migration but which became increasingly difficult in the settled Neolithic.
We do know, through figurines, that sex and fertility were considered highly important in the Upper Paleolithic, and animals and hunting were regular features of cave art. Of all the cave paintings known from this period, not one shows human violence against other humans, in contrast to later Neolithic art where it is prominent.
There is not merely an absence of evidence, there is evidence of absence. The Paleo-Neolithic settlement of Tell Abu Hureyra, near the Euphrates, showed 4,000 years of continuous occupation with no signs of violence (John Horgan, Scientific American blog, 29 June 2010). According to the Wikipedia entry on the Paleolithic, towns of this period ‘are generally unfortified and built in areas difficult to defend. Skeletal and burial remains do not generally indicate the presence of warfare.'  In studies of 21 modern forager bands (Scientific American, 18 July) three had no lethal events at all and only one showed behaviour described as ‘war’ – the conclusion being that violence was not an innate behaviour of such groups but once initiated could become self-perpetuating through blood feuds. It doesn’t seem unreasonable to suppose that this could have happened in the Paleolithic, however it was probably the exception not the rule.
So we don’t think the Paleolithic was a playground or a love-in, and the socialist case certainly doesn’t require this to be so, but if advocates of the ‘ignoble savage’ hypothesis want to overturn the accepted textbook narrative of this period, according to which war and organised violence first arose in the Neolithic, they are going to have to do better than the arguments they currently have. If Professor Morris really wants to make the extraordinary claim that ‘war is good for us’, based on his interpretation of human prehistory, he can hardly be surprised when some of us demand to see extraordinary evidence to support it.—Editors.
************************************************************
Betrayal
Dear Editors
As usual I found the article on ‘The Economic Causes of the First World War’ authoritative and convincing. I was, however, surprised that you made no reference to the betrayal by the reformist left in Germany of the ‘Second International’. There, of course, can be no doubt that this organisation never possessed a majority with socialist consciousness but I think it is important to highlight the inevitable consequences of reformist leftist policies. An early, and quite possibly the greatest, example of betrayal of the working class by leftist leaders needs to be emphasised because without this historical reference the rise of such monsters as Tony Blair would be inexplicable. The fact is that if 100 years ago the German members of the Second International had refused to allow the finance of the war it could not have began. I fully appreciate that the underlying economic tensions made some kind of major international conflict probable but this can never excuse the actions of the reformists that helped make the war inevitable.
Andrew Westley,
Cambridge
Reply:
This might be a matter of emphasis and interpretation, but we certainly agree that the pro-war vote of the German Social Democrats was a betrayal of working-class interests, and a milestone in the tragic journey towards out-and-out reformism within European Social Democracy.. -- Editors
************************************************************
Squeamish
Dear Editors
I'd like to add a short comment to the article on Field Marshall Sir Douglas 'Butcher' Haig in the August Socialist Standard.
In To End All Wars, Adam Hochschild cites a statement by Haig's son that his father did not visit casualty stations 'because these visits made him physically ill'. I had not realised he was quite so sensitive, but no doubt this squeamishness helped him to demand high casualty rates.
Paul Bennett,
Manchester
************************************************************
Decline
Dear Editors
I am writing with a query about an item in ‘Voice from the Back’ in your July issue. In the paragraph headed ‘the Decline of Religion’ you conclude that ‘religion has always been a barrier to socialism; so no tears here on learning churches are closing’. I understand the decline in organised religion is largely confined to ‘the West’. Does your comment imply that people here are now more open to receiving the ideas of socialism? Is this your experience; and, if not, why not.
Andrew Durrant,
Norwich

Reply:
There are many barriers to workers understanding and supporting socialism. Here are just a few. Some believe there is a God and an after-life, so this present existence is of little importance. Some believe that patriotism is of prime importance and we should be concerned about ‘our’ country rather than a world-wide solution. Others think that it is ‘human nature’ to be greedy and acquisitive, so socialism is impossible. All of these barriers to understanding the case for world-wide socialism have to be overcome before we can get socialism. Probably greater than all these barriers is the lack of imagination that can foresee a future society based on co-operation and harmony rather than capitalism with its wars, poverty, starvation, racialism and crime. All we were saying in our article was that the diminishing power of religion is a step forward in the eventual attaining of a new socialist society. --Editors
Posted by Imposs1904 at 5:54 AM No comments: