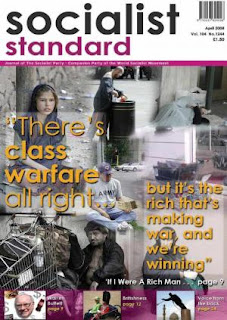 As the US presidential election circus passes, people continue to suffer even in the US

It’s the US presidential election year. Populations of the world take notice. The media circus is in full flow and the season is a long one. The mainstream media love a good fight and will pounce on any juicy morsel, wringing it to death in the cause of democracy – Clinton’s moment with tears in her eyes or the decision or non-decision to show some cleavage; Obama’s plagiarizing or agreed borrowing of phrases from a third party’s speech – grist to the mill of information for the masses, essential in the common voter’s decision making process. Who do we think will make the toughest Commander in Chief and be able to make the ‘hard’ decisions? It appears the aim is to keep the public’s eyes as far away from reality and the real issues as possible. Deflect their attention whilst hypnotising them into believing their vote will actually make a difference in any significant area of their lives.

Even the more serious ‘liberal’ or ‘progressive’ US media are spending an inordinate amount of time and space debating and dissecting which sections of the population will vote for (1) a black, or (2) a woman. The fact that they are from the same party and broadly back the same agenda – and may ultimately stand on the same ticket – is less important than speculating about in which direction the various sections of the electorate are likely to be swayed either by popular appeal and endorsement of celebrities or by muck-raking and negative campaign advertisements.

Seemingly disconnected from the multi-million dollar, multi-media frenzy of the race for the presidency can be found other articles given over to topics not covered in the mainstream media but which ought to be in the forefront for the presidential candidates, the whole electorate and the rest of the world. Writers of several articles recently have investigated the care of physically injured or mentally scarred US troops returning from Iraq, and have revealed some chilling truths. Last year conditions at the Walter Reed Medical Centre, a military hospital, became so bad that it entered the realm of international coverage for a short time. Equipment was in short supply, specialists were leaving, the unit was seriously underfunded leading to lack of appropriate care for seriously wounded patients and a Pentagon Mental Health Task Force deemed its staffing level “woefully inadequate”. Bush made promises that it would be sorted and the hue and cry died away. Fairly early on in the conflict in Iraq some doctors, psychiatrists, psychologists and counsellors recognised that significant numbers of military personnel were suffering from post traumatic stress disorder (PTSD), especially if they had had to undergo a second or third term of duty. Many were simply given a course of drug therapy, a pep-talk and sent back to their unit or, whilst in the US between tours, some of them, with impeccable records and commendations for heroic action, developed problems with drugs, alcohol, gambling, writing bad cheques and ended up in military jail, some losing rank and others being discharged dishonourably.

In the early days counsellors and psychiatrists were pressed not to accept PTSD, certainly not to register it on record, rather to rebrand the affliction as ‘Personality Disorder’ and to suggest that those so afflicted were obviously unstable before they entered the military and were consequently kicked out of the service. Eventually after pressure from certain quarters thousands, rather than the original few dozen, were accepted as bona fide sufferers of PTSD and were put on a list to await treatment. But still denial of PTSD persists, especially in the Marine Corps which has “a deeply macho culture”. It is 93% male, 66% of whom are 25 or younger and 13% are teenagers. One civilian psychiatrist who treats Iraq and Afghanistan veterans tells of young veterans being ridiculed by their chain of command if they asked for help.

The Pentagon’s Mental Health Task Force reported last June that 31% of marines serving in Iraq and Afghanistan are suffering from traumatic stress and that marine suicide rates have been above average since the invasion of Afghanistan. (32 active duty suicides in the Marine Corps in 2004, no mention of the number among veterans). There are severe shortcomings in providing care for those who do qualify. A year after the Marine Corps’ review of less-than-honourable discharges recommended screening all marines and sailors who commit ‘particularly uncharacteristic misconduct’ following deployment the programme has not yet started because they lack the manpower.

Before the severely wounded or traumatised arrive back in the US they are transported to the Landstuhl Regional Medical Centre in Germany. The Air Force colonel who was chief of medical operations in the Europe headquarters for 2 years, 2004-6 said “politics infused every aspect of care” and that the funding was the worst she had seen in 20 years in the military. They weren’t allowed to increase staffing because it would give the wrong message, that it would look like they were expecting more casualties. They weren’t allowed to send the visibly wounded home on commercial planes because it might upset US citizens to see them and the military planes were so cold that charity appeals were made in order to provide hats, scarves and mittens for the wounded. Mittens, because they fit wounded hands better than gloves.

Here’s the rub – this huge military set-up with an annual budget of billions, desperately recruiting from all quarters, promising college educations for free and later reneging, promising full US citizenship to non-citizens and then reneging and promising full support to veterans and reneging wherever possible. The reason PTSD is a contentious diagnosis is because it means that sufferers are entitled to full support, free drugs and veterans’ benefits for life (i.e. expensive). If it can be reduced to ‘personality disorder’ they can be thrown out and denied entitlement. If they can be recommended for an ‘other-than-honourable’ discharge (for drug use whilst recovering or other misdemeanours) notwithstanding an exemplary service record, veterans’ benefits would be denied, including healthcare, for life.

The bottom line, soldiers, sailors, airmen and marines, don’t kid yourselves about patriotism or fighting terrorists or protecting your country. When was war any different? It’s just the workers protecting the interests of their masters. It’s the same for you as it is for the rest of us. You’re simply there to be used, abused and paid as little as they can get away with. These are the issues that should be engaging the media circus, placing them squarely in front of the electorate and the presidential candidates. But they aren’t and they won’t be because the mass media supports the status quo. Will the workers ever learn?
Janet Surman
Posted by Imposs1904 at 7:10 PM No comments:

Whats the Matter with Pennsylvania?

From the Marx and Coca-Cola blog

Recently at a campaign event Barack Obama made the following comment about the dying Rust Belt towns in Pennsylvania:

And it's not surprising then they get bitter, they cling to guns or religion or antipathy to people who aren't like them or anti-immigrant sentiment or anti-trade sentiment as a way to explain their frustrations."

I couldn't agree more (except for the gun part. People like guns, because like cigarettes, they're cool). The goal of this blog is to channel working class bitterness away from religion and xenophobia into actual constructive action (I admit it's a long term project). According to a McCain spokesman that makes me a latte-drinking, New York Times reading, Volvo drinking liberal freak show:

"It shows an elitism and condescension towards hardworking Americans that is nothing short of breathtaking," [Steve] Schmidt said. "It is hard to imagine someone running for president who is more out of touch with average Americans."

This from a candidate that thinks everything is going great in Iraq.

Hillary, who's made 109 million dollars since leaving the White House, also disagrees:

"Well, that is not my experience," she said. "As I travel around Pennsylvania I meet people who are resilient, optimistic, positive, who are rolling up their sleeves. They are working hard every day for a better future for themselves and their children"

Move along. Nothing to see here. Everything is fine. People are working harder, but for a lot less then they used to. Not for a better future, but just to keep their heads above water. Obama with his typical silver tongue, fired back in Indiana:

"When I go around and I talk to people there is frustration and there is anger and there is bitterness. And what's worse is when people are expressing their anger then politicians try to say what are you angry about? This just happened - I want to make a point here today.

"And for 25, 30 years Democrats and Republicans have come before them and said we're going to make your community better. We're going to make it right and nothing ever happens. And of course they're bitter. Of course they're frustrated. You would be too. In fact many of you are. Because the same thing has happened here in Indiana. The same thing happened across the border in Decatur. The same thing has happened all across the country. Nobody is looking out for you. Nobody is thinking about you. And so people end up- they don't vote on economic issues because they don't expect anybody's going to help them. So people end up, you know, voting on issues like guns, and are they going to have the right to bear arms. They vote on issues like gay marriage. And they take refuge in their faith and their community and their families and things they can count on. But they don't believe they can count on Washington. So I made this statement-- so, here's what's rich. Senator Clinton says 'No, I don't think that people are bitter in Pennsylvania. You know, I think Barack's being condescending.' John McCain says, 'Oh, how could he say that? How could he say people are bitter? You know, he's obviously out of touch with people.'

As I've said before I like Obama's populist rhetoric. It will probably carry him to the White House. His actual policies, however, aren't much of a change from the liberal consensus. So when he says "And so people end up- they don't vote on economic issues because they don't expect anybody's going to help them." he's not quite right. The working class can't vote their economic interest, because even Democrats, like Obama, believe that the market is a force of nature. You may be able to cover people's head, but you can't stop the rain from falling. Us working folk shouldn't expect the government (or religion, or nationalism) to save us. So we'll have to find another way.