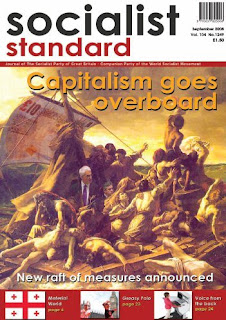 Isn't it annoying when you approach a red traffic light and have to sit there waiting for it to turn green, despite the fact that there are obviously no other cars or pedestrians coming from any direction? What if the traffic light itself was equipped with a bit of intelligence and could decide to turn green if it was safe, all the while talking to its friends across town, collectively regulating traffic flow according to prevailing conditions? Apart from the shortening of journey times and the saving in carbon emissions, it would be an example of something we are likely to see more and more in the future, the self-configuring network.

An engineered system implies by definition an engineer who entirely understands and controls that system, at least in its initial state. But relying on permanent factory settings in a dynamic system is almost never efficient, and today's production systems are so complex and involve so many parameters that engineers often have no idea what will happen if one detail is altered, or how best to solve a problem that arises. One approach to this problem of complexity is to get the system itself to devise its own solution. This may be more effective for the simple reason that machines don't rely on human intuition.

Which would make for a quicker exit for a crowd of people, an open doorway or a doorway with a large obstruction in front of it? Perhaps surprisingly, it is the doorway with the obstruction. It turns out by experiment that with an open doorway everyone rushes at it in a mad stampede, whereas an obstruction regulates the flow, leading to a more orderly and efficient passage for everyone. In a similar way, there is a perceived inverse ratio between motorway traffic density and speed of throughput, but this can be wrong. As density increases, drivers change lanes less often, and throughput thereby actually increases rather than decreases. The point of this is that intuition can take you the wrong way when devising organised systems.

In one car production system (New Scientist, Aug 9) efforts to assign assembly robots in the most efficient way failed, until the robots themselves were given the task of organising their own work via a bidding system. The result was an unpredictable and counter-intuitive ad-hoc schedule devised by the robots which was more efficient and saved $1m per year.

There is an important principle here that socialists can use. One of the more ingenious arguments against socialist theory is that, without the mediating agency of money, a highly complex socialist production system would be hopelessly incomprehensible, involving so many parameters that no central plan or design could realistically manage it. Leaving aside the audacious hypocrisy of critics who are perfectly at home with the savage chaos of their own economic system, as well as their tendency to overstate the complications of a steady-state economy with no booms, busts or advertiser-driven consumer faddism, such complexity as would exist does not really present us with a problem. Just like an intelligent traffic flow system, we could devise a 'smart' resource system, using throughput, usage and energy information to optimise itself, reconfiguring whenever necessary. Thus, our answer to our critics' objection that we could never consciously regulate socialist production. We don't have to regulate it, so long as it regulates itself.

How to drive in a competitive (w}edge
In 2005 the Socialist Party produced a video entitled Capitalism and Other Kid's Stuff, in which the contention was made that if as an experiment you take a group of kindergarten kids and deprive all the children of their toys, giving everything to just one child, some very hostile and competitive behaviour will be the result. Though this was more argument by analogy than rigorous scientific hypothesis, a recent study appears to have confirmed this proposition by performing exactly this experiment, with the predicted consequence ('Who ever said that girls aren't competitive?' New Scientist, June 28). A group of pre-school boys and girls were observed, first with enough toys to go round, then with all the toys taken away so that only one child was left with any possessions. The objective of the experiment was to find out if girls would be as competitive as boys. The study showed that there was a marked increase in competitive behaviour in both gender groups, differing in expression between boys and girls yet equally aggressive in their own way. Boys tried to grab the toy, or chase the child with the toy, while girls punished the owner with more subtle ploys including social exclusion, whispering and hiding. 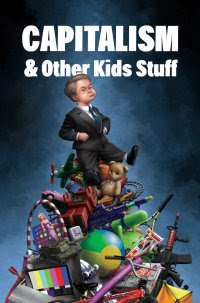 What is curious about this experiment is not so much the result but the interpretation placed on it. The study focussed entirely on the gender characteristics of competitive behaviour without appearing to consider what caused it in the first place. It may be the fault of the journalistic news item rather than the study, but the impression created is that boys and girls are a priori competitive, not that boys and girls become competitive if you do unusually mean things to them. In this view, the experimenters actually created the very behaviour they thought they were 'discovering'. What is missing is any account of the children's behaviour before the toys are removed, but one can reasonably assume a greater level of cooperative play. Socialists would draw a quite different conclusion from all this. Instead of showing that girls are as competitive as boys (and why wouldn't they be?), the study demonstrates effectively that private property is a hugely divisive social factor, even among four-year olds. The significance of this can scarcely be overstated. In the one interpretation, we are innately and will always be competitive, implying the inevitability of social models built on that behaviour. In the other, such behaviour is provoked in us only when an outside agency actively dispossesses and disempowers us,implying the desirability of developing a social model which avoids doing this to us.
In reality the kids gave the owner a hard time.
Paddy Shannon
Posted by Imposs1904 at 6:42 PM No comments: