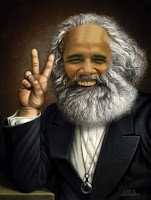 THE WAR BUSINESS: Why do capitalist states prepare for and wage war?

As we socialists never tire of pointing out, the primary function of military power in capitalism is to protect and expand control over resources, markets and transport routes on behalf of the capitalist class of the country concerned. However, the costs and risks that wars and armaments entail for the capitalists themselves often outweigh the benefits to them.

For example, while the U.S. did have real interests at stake in Vietnam in the 1960s and 1970s, those interests were hardly commensurate with the enormous costs of the war it was waging there. Growing awareness of this fact within the capitalist class eventually led to withdrawal.
In other words, states have a tendency to act in ways that appear to be irrational even in terms of the capitalist interests that they are supposed to represent.

War – a capitalist enterprise
There are various reasons for this apparent irrationality. But the main reason is this. War is not only a service that the state provides to the national capitalist class as a whole. War is also – and increasingly – a massive capitalist enterprise in its own right, a “war business” that wields considerable political clout and has special interests of its own.

The core of the war business, of course, is the so-called military-industrial complex. Arms manufacturers, like other capitalist firms, seek to maximise their profits. It does not concern them whether the weapons they sell have a cogent strategic rationale.

The military-industrial complex has a direct interest not only in the build-up of armaments but in war itself. War is the only way of testing weaponry under battlefield conditions. It uses up and destroys old stocks that then have to be replaced – rearmament is now, for instance, the top priority of the Georgian government – and stimulates demand in general.

But nowadays arms firms are not the only large-scale “merchants of death.” Companies like Blackwater sell combat capability directly as the labour of hired mercenaries. Other companies, such as Halliburton, sell logistics and other war support services.

Resource wars, “strategic” wars
The argument is not that all armed conflicts are irrational in terms of the costs and benefits accruing to national capital. Some undoubtedly make good sense in these terms, as when valuable resources can be acquired at moderate expense. One example might be the “cod wars” of the 1970s between Britain and Iceland over fishing rights in the North Atlantic. Another, perhaps, is the ongoing conflict over the Spratly Islands in the South China Sea, whose oil and gas deposits are coveted by China, Taiwan, Vietnam, the Philippines and Malaysia.

At the other extreme, some wars have no discernible connection with the control of markets and resources. The recent war in Georgia was in this category (see October “Material World”). Although important oil and gas pipelines run through the south of the country, Russia did not contest control over them. Russia’s rationale for war was “strategic” – that is, getting into a better position to fight future wars.

Again, Israel’s wars are senseless from the point of view of the Israeli capitalist class as a whole, which has a clear interest in a peace settlement that will give it full access to the markets and cheap labour of the Middle East. This interest, however, seems unable to prevail against the political stranglehold of Israel’s military-industrial complex.

The nature of the wars that the US and its allies are currently fighting in Iraq, Afghanistan and Pakistan is less clear-cut. Control of resources, markets and transport routes is certainly an important factor, especially in Iraq, but the likely outcome is hardly such as to justify the enormous costs involved. While the ultimate motive for war may be to arrest the decline in the competitive position of the US in the world economy, the actual effect is to accelerate that decline (see May “Material World”).

Capitalism and war: two models
So we end up with two contrasting models of the relationship between capitalism and war. In the first model, war appears as an instrument in the hands of the state, which acts as the “executive committee of the (national) capitalist class as a whole” (Marx). The second model, unlike the first, takes into account the fact that war is evolving from an instrument at the service of the national capitalist class as a whole into a capitalist enterprise in its own right -- what we might call the war business. The war business has special capitalist interests of its own, so it cannot function simply as an instrument of more general capitalist interests.

But is there in fact any good reason to regard one model as any more irrational than the other? Each model represents a possible variant of capitalism and a possible form of capitalist rationality. The difference is that the first model assumes the existence of such a thing as “national capital as a whole,” while the second model envisions only separate capitalist enterprises. Some firms sell sausages, some sell computers – and some sell war.
Stephen Shenfield
Posted by Imposs1904 at 1:19 AM No comments: 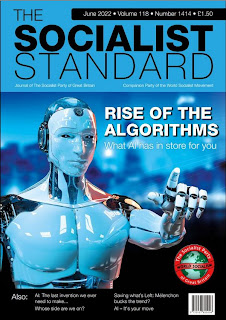