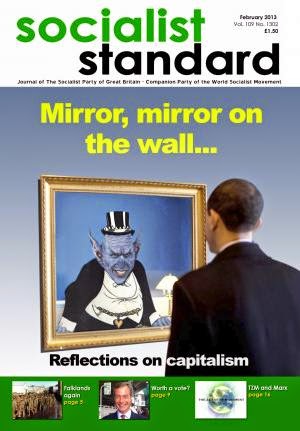 
Surely it makes more sense in general to reduce food miles –to re-localise agriculture for everyone's benefit? By doing so huge savings will be made in fuel and energy use. Certainly in the period of social reorganisation whilst we are investing our human energies into appropriate infrastructure we can cut emissions drastically and restore food security and control to local communities, always remembering decisions will be made locally. On the global scale we will move right away from decisions imposed and implemented by world financial authorities and transnational corporations in favour of working for the common good. Respect will automatically be conferred to local knowledge and traditional methods, understanding that the objective will be to satisfy food, fibre, fuel and other needs, not monetary goals.
As to demographics, one proven positive knock-on effect of education for girls, especially, as recorded in places such as Pakistan, Afghanistan and some African countries is that in communities where the girls have the opportunity and encouragement to go to school they then grow up to marry later, have fewer children and the numbers of both maternal and infant deaths decline.
Statistics also show that more stable family conditions, e.g. security of food and income raises people to a different level of security where it isn't seen as linked to a large brood of children. The security of free access in a socialist society will fulfill that role. In these terms it is possible to see that population levels will decline because of mass conscious choice, relieving some of the pressures foreseen as a result of climate change.
Healthcare and Education
Socialism will involve life without healthcare budgets; waiting lists will be made history; there will be no treatment denial; there will be access to healthcare from prenatal to death, with preventive medicine recognised as the core of a healthy society; known cures such as for malaria will be available universally; unencumbered research into cures for diseases like multiple sclerosis will take place; unhampered individual choice and access to contraception, abortion, rehabilitation therapy, respite care and, where appropriate assisted suicide, will be the norm.
Basic schooling would take a huge shift away from the narrow confines of a rigid, test-based curriculum. Endless possibilities would be available from an early age to stimulate children. No financial budget means more 'educators, facilitators, trainers, coaches, mentors' etc. to guide young and old through a much wider educational experience. Learning is better stimulated through a holistic and experiential approach and would be available on demand at all life stages.
In Conclusion
Imagining a socialist society entails the following: we imagine many pluralist, co-operative, non-competitive, non-combative communities around the world, linked by their common goals of creating space for free thought, wider vision, acceptance of the other and tolerance of minority issues. We imagine a balance between 'back to nature' and 'into the future boldly', philosophically embracing both healthy body and healthy, enquiring mind. The process of developing this, the only viable alternative society to the market economy, will come from the local and familiar at community level from all the many diverse regions of the world, as all are recognised and welcomed into the free association as valuable parts of the whole. We imagine societies of individuals having vanquished the oppressive capitalist system at last and having satisfied basic needs, now conscious of their higher human faculties and aware of their role in the environment, focused on being all they can be.
Janet Surman
Posted by Imposs1904 at 2:21 PM No comments: