Editorial from the August 2008 issue of the Socialist Standard

There’s a joke amongst stock exchange gamblers about the analyst who predicted nine of the last three bear markets. The same could be said about some critics of capitalism who have been predicting the next Great Depression since 1945.

Capitalism is an uncontrollable system and another 1930s slump cannot be ruled out. But history never repeats itself exactly, not even as a farce (not that a repeat of the horrendous 1930s could be viewed as a farce). Every slump or recession is different because capitalism is anarchic and unpredictable. In fact, if it wasn’t then capitalist governments might have a better chance of developing some policies to avoid them.

The socialist case against capitalism is not dependent on capitalism being in a slump. Even in times of “prosperity” capitalism does not, and cannot serve the interests of the majority who are obliged to sell themselves for a wage or a salary to get a living. Unemployment may be lower and real wages may be rising slowly, but the basic fact of profits being derived from the unpaid labour of those who work remains. And profit-seeking dominates decisions about what, where and how to produce. Priorities are distorted as profits always come before meeting needs.

Obviously more people are discontented in a slump than at other times but history does not provide any evidence that slump conditions are consistently better for getting across the socialist message. The priority for an unemployed person is a job or rather the money needed to buy things that goes with a job. Socialism could indeed immediately solve this problem by ensuring that everyone’s material needs were met, but socialism cannot be established until and unless a majority want it and are prepared to take the necessary political action to get it. Socialists, however, cannot produce this immediately by waving a wand. In the meantime unemployed people want a job and have been known to follow all sorts of demagogues who promise them this.

Socialists do not subscribe to the view “the worse, the better”. Even so, slump conditions do expose the irrationality of capitalism. Closed factories alongside unemployment queues. People in bad housing alongside stockpiles of bricks. People in need of food alongside food mountains and, worse, food bonfires. In short, poverty amidst potential plenty.

But are we heading for another big slump? Nobody knows. Capitalist opinion is divided. Anatole Kaletsky, writing in the (London) Times (17 July), reported that “according to the overwhelming majority of financial analysts in the City of London and Wall Street, the world is now in the worst economic crisis since the 1930s”. He disagrees. He regards this merely as a panic reaction amongst bankers who are seeing their expected profits disappear.

Socialists don’t know either but the very fact that another big slump cannot be ruled out confirms in itself that capitalism is an irrational and uncontrollable economic system. The sooner it is got rid of and replaced by a system under human control and geared to serving human needs the better.
Posted by Imposs1904 at 7:23 PM No comments:

Pieces Together: The Wasteful Society (2008) 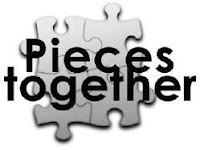 THE WASTEFUL SOCIETY
"World military spending grew 45 percent in the past decade, with the United States accounting for nearly half of all expenditure, the Stockholm International Peace Research Institute (SIPRI) said Monday. Military spending grew six percent last year alone, according to SIPRI's annual report. In 2007, 1,339 billion dollars (851 billion euros) was spent on arms and other military expenditure, corresponding to 2.5 percent of global gross domestic product, or GDP -- or 202 dollars for each of the world's 6.6 billion people. The United States spends by far the most towards military aims, dishing out 547 billion dollars last year, or 45 percent of global expenditure. (Yahoo News, 9 June)

THE SCIENCE OF DENIAL
"The Bush administration has worked overtime to manipulate or conceal scientific evidence — and muzzled at least one prominent scientist — to justify its failure to address climate change. Its motives were transparent: the less people understood about the causes and consequences of global warming, the less they were likely to demand action from their leaders. And its strategy has been far too successful. Seven years later, Congress is only beginning to confront the challenge of global warming. The last week has brought further confirmation of the administration’s cynicism. An internal investigation by NASA’s inspector general concluded that political appointees in the agency’s public affairs office had tried to restrict reporters’ access to its leading climate scientist, Dr. James Hansen. He has warned about climate change for 20 years and has openly criticized the administration’s refusal to tackle the issue head-on." (New York Times, 4 June)

JAILHOUSE BLUES
"The United States has 2.3 million people behind bars, more than any other country in the world and more than ever before in its history, Human Rights Watch said Friday. The number represents an incarceration rate of 762 per 100,000 residents, compared to 152 per 100,000 in Britain, 108 in Canada, and 91 in France, HRW said in a statement commenting on Justice Department figures also released Friday.” (Yahoo News, 6 June)

PAY KILLERS MORE SAY THE CITY
"Now working in the City, Mr Galloway is also involved in campaigning against the limitations of Armed Forces Compensation Scheme. He hopes that by speaking out he can highlight the plight of men and women accustomed to risking their lives. "Everyone always wants a pay rise. But soldiers really do need to feel appreciated," he said." (BBC News, 5 June)
Posted by Imposs1904 at 5:49 PM No comments: